Not Just A Trim But More Of A Grade 1?

Killamarsh in in Derbyshire, as is Eckington ... 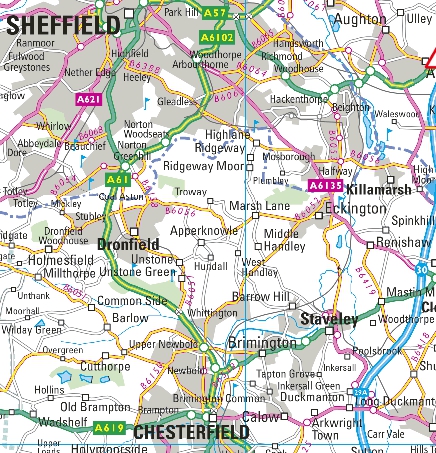 Both of them lie just outside the Sheffield City boundary, contiguous with the Mosborough "new town".

Buses from Sheffield to Killamarsh used to be oh so simple. 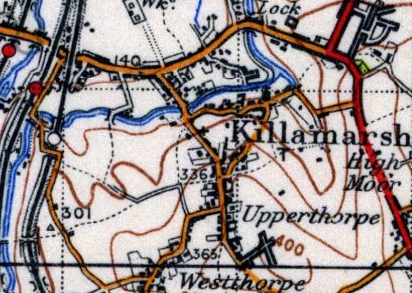 Buses ran along the B6052 (BROWN) and reversed just past the village. With one man operation, the route was extended to the junction with the A618 (RED) where the roads meant that a reverse was avoided. Numbered 26 since time immortal the route became 226 with the standardised PTE renumbering system. It later became 260 to provide some affinity with other buses to the growing Mosborough area.

fbb has a souvenir of that change! 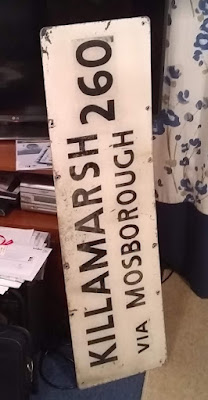 It was officially obtained; fbb did not swing from the rafters of the old bus station clutching a large screwdriver. It may also be obvious that it does not normally live propped up against the TV!

But right up until privatisation/deregulation, the timetable was blissfully simple  ... 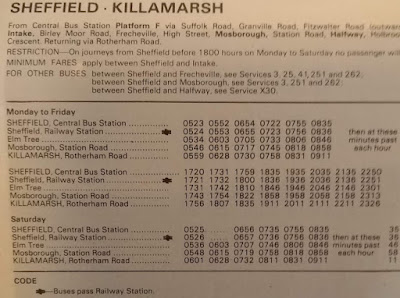 ... an hourly service running via Mosborough and the main Mansfield Road, now the A6135 (see modern map) via the original Mosborough village and the old faithful B6058.

The growth of housing in Killamarsh, the opening of the Crystal Peaks shopping centre, and a steady decline of First Bus routes eventually put Stagecoach as exclusive operator in Killamarsh and Eckington. First Bus ventures no further than Crystal Peaks with its share of joint route 120 (except evenings and Sundays when both "partners" (stop sniggering at the back!) run the whole length to Halfway.

But, clearly, Stagecoach has struggled with commercial viability on its circuitous set of routes from Chesterfield to Killamarsh and on to Sheffield. Daytime there are currently two buses every hour from Chesterfield ... 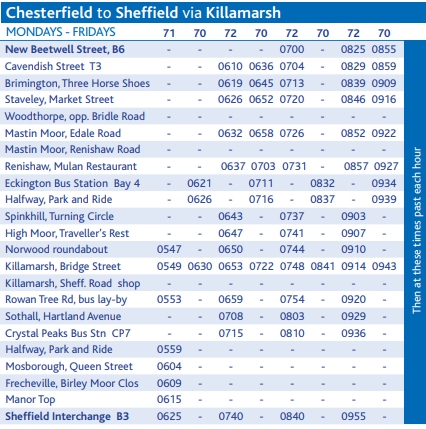 ... with a service 72 contining to Sheffield - but NOT via the "traditional" route. 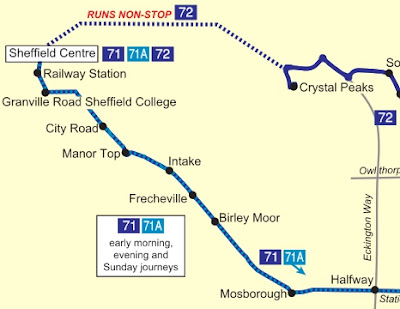 72s run to Crystal Peaks then non-stop via the Parkway to Sheffield. Early morning, evening and Sunday services still follow the old route via Mosborough and the Mansfield Road.

Early mornings and evenings had a "trim" as recently as 1st September this year but Sunday is still hourly, but with no through journeys across Killamarsh. 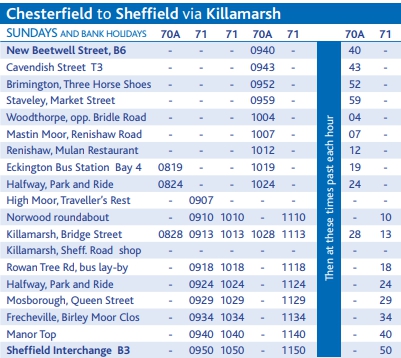 To the uninitiated, both timetables look pretty straightforward - but there are problems. Stagecoach has attempted to provide a service to as many parts of "greater" (?) Killamarsh as possible but in a way which is hard to explain in a simple (?) timetable.

Does a map help? 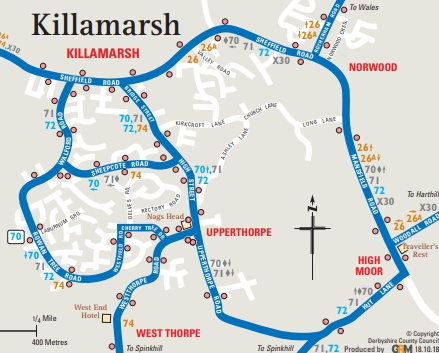 Maybe if we split things up a bit? The 72 is straightforward ...

... but anything that terminates in Killamarsh gets in a real kerfuffle due to the unwillingness of modern timetables to grapple with loops. Look at the 71 on Sunday. Only one bus from High Moor at 0907?

... in a different loop from the Monday to Saturday route. Just one example of the way Joes Public can be challenged by bus travel.

You do wonder whether this operational convenience and publicity complexity has led to a steady decline in usage at Killamarsh. If folk cannot understand the timetable, they will not travel, however clever the schedulers have been in "making the best uses of resources".

But, from the end of January, all this is to be tidied up (Hooray) but with a real slash and burn for Chesterfield customers (Boo).

We will explore this tomorrow. And a happy new year to all???

Amazon, Responsible Environmentalists?
A delivery for the fbb household arrived in a reasonable sized box, you may think. 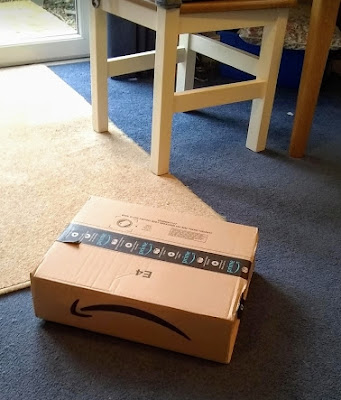 It was packed to the gunwales with screwed up paper and another double fold of cardboard seen here leaning aginst the mega heap of ex rain forest. 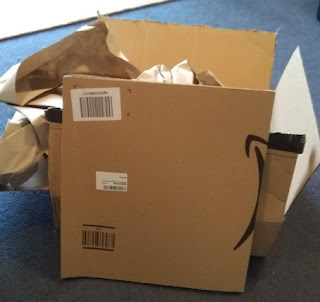 And inside the flat bit? 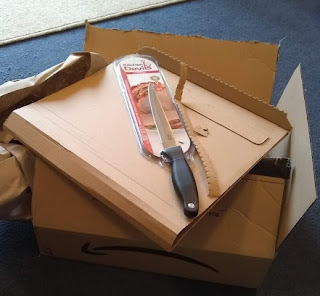 Amazon had warned the fbbs that they would have to prove they were over 18 before delivery could take place. Mrs fbb opined that this might not be too challenging a task. Clearly the Amazon van-man didn't need much convincing as he nipped off smartly, leaving the box on the step.

But fbb has had another package, this time courtesy of Royal Mail, which, at first sight, contained a box of mince pies. 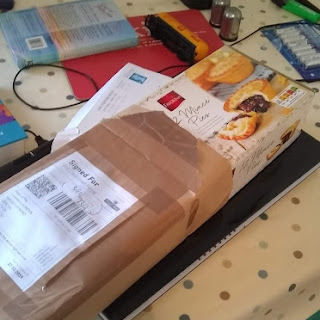 Sadly those seasonal delectations were not within the tempting outer wrapper. But what was it that engendered yet more excitement in the old man?

We will find out soon!

Next Chesterfield blog : Wednesday 1st January  2020
Posted by fatbusbloke at 02:00