But First, Back To Hattons

fbb is well aware that buying model railway stuff is expensive (and becoming more so) hence his propensity to buy second hand (a k a pre-owned) with all its consequent risks - see below. Sometimes bargains can be had. And below IS a bargain and an excellent "starter" locomotive for anyone with a reasonable interest seeking to build their own simple layout. 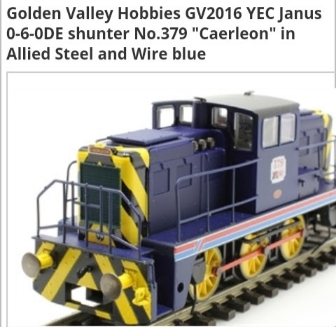 It appears on line as a "Black Friday" offer so may not be on offer for a long time. Is fbb tempted?

Will be resist temptation?

Sadly, Yes; despite the fact that the little shunter is painted in the Peterville Quarry Railway colours. But think what the stubby fingered old clutz would do with all those very finely modelled railings.

The Yorkshire Engine Company Janus was a line of 0-6-0 wheel arrangement, diesel-electric locomotives that weighed 48 long tons (49 tonnes; 54 short tons) and had a maximum speed of 23 mph (37 km/h). The two Rolls-Royce C6SFL diesel engines gave a total power output of 400 hp (300 kW). Each engine had its cooling system at the outer end, and its generator at the inner end. There were two traction motors, each being powered by one generator, thus simplifying the electrical system. 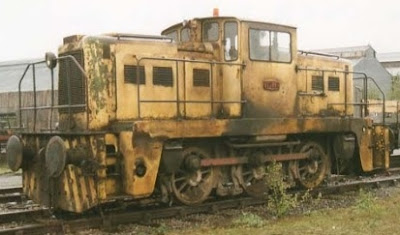 The real thing rarely looked a pretty or as clean as the model!

Back to the self-operated Repair Shop
(see yesterday's blog.) 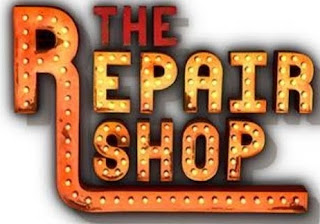 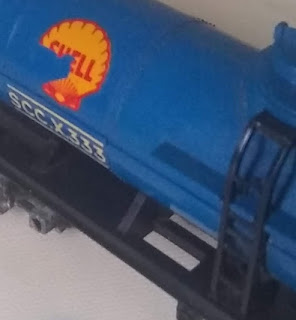 ... turned out to be easier than your author had expected. He found (much to his surprise) a length of "Plastruct" ladder in the mysterious depths of one of his bits boxes which was an exact match; it even fitted the slots in the blue step moulded as part of the tank. 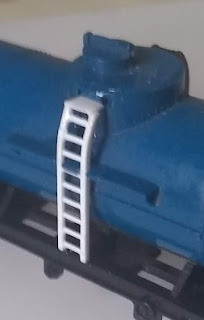 Once it is painted black, you can barely tell the difference.

The broken end stanchions (of which more later) ... 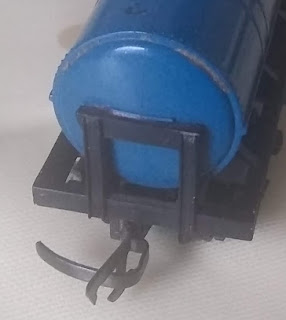 ... required little plidgets of plastic to be created with much fiddliness and the occasional scream of frustration. 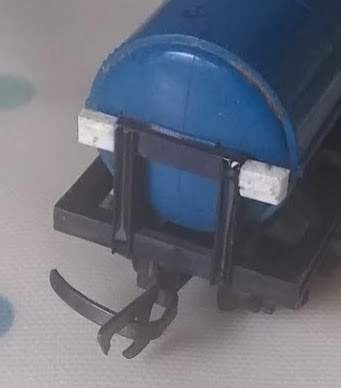 A dob of black paint and you would never know they had ever been pinged off. 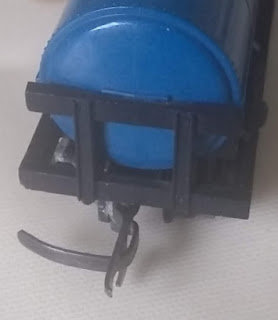 Whoops! That's because the above pic is of the non broken end!  Try again ... 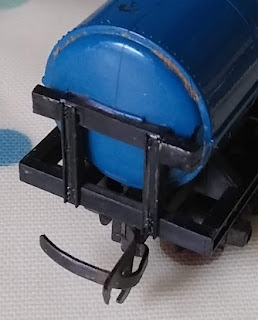 ... and, as fbb always says, from a normal viewing distance, it will do.

Which left the damaged Shell logo. Hurrah for the interwebnet!

Amazingly, there was one which matched the vintage Triang version exactly ...

... so it was just a case of copying it onto clever "plastic paper"; getting the size right by trial and error and a few more screams then printing out. 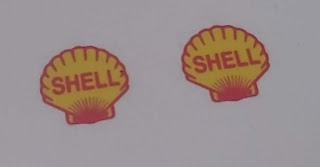 The trimming was not as good as it could be - but from normal viewing distance ... 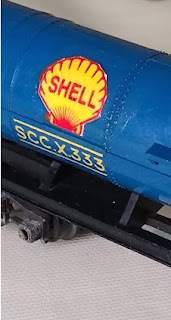 It was an attempt to trim more effectively, using a sharp Stanley knife, that the injury occurred. Fortunately fbb failed in his attempt to remove part of his thumb. 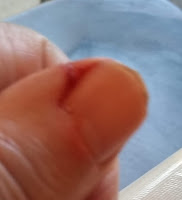 What About A Real US Tank Wagon?
Triang were never renowned for accuracy in their early ranges; their market was the cheaper end of the toy train range. But a trawl through the interwebnet provided a couple of likely contenders as the basis for the 1955 Triang model. The bogies are remarkably similar for a cheap "toy train" model; the filler gubbins is taller and most distinctive. fbb guesses Triang compromised to make the actual tank big enough but to ensure that overall model would match the smaller height of UK trains. 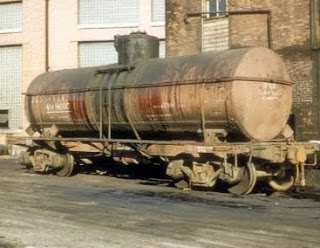 There are no UK style buffers (well done Triang) with the real thing having a single central "buckeye" style system.

On the real tankers the ladder only reaches up to the step, set higher on the main body and there is a handrail right round the wagon. Triang does make a half-hearted attempt at a moulded body line, but it doesn't project enough to ever be mistaken for a handrail. 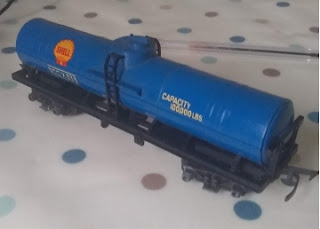 Now what fbb needs for his collection is an up-to-date TEA tanker - which does not transport tea!

An Irrelevant Delight
Mrs fbb found this on Facebook. 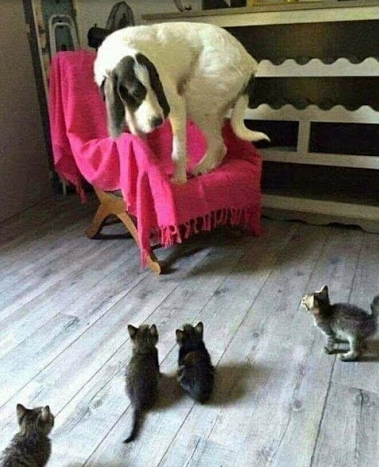 It is captioned, "Our Party will tackle Gang Crime as a priority!"

An A Thanks For fbb - Or Maybe Not 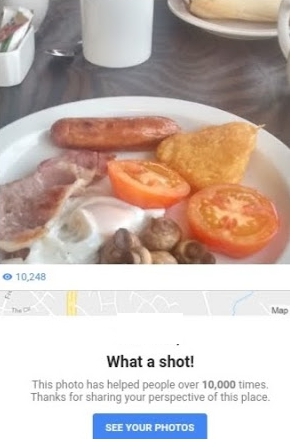 According to Trip Adviser, 10,000 people have been helped by fbb's picture of full breakfast at the caff associated with Richmond Travelodge, Sheffield. fbb has stayed there four times and taken breakfast once.

The aim of the "Church Fathers" in instituting Advent was to encourage people to prepare themselves for the very special season to come. 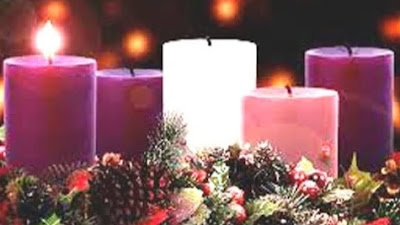 The significance of each of the four Advent candles varies slightly with different church traditions, but in general terms they look forward to Hope, Preparedness, Joy and Love. The fifth central candle is usually lit either just after midnight on 24th/25th or at the first Christmas Day service. It welcomes the "Light of the World".

Many churches have a procession of light on Advent Sunday looking forward to that self-same Light of Christ. 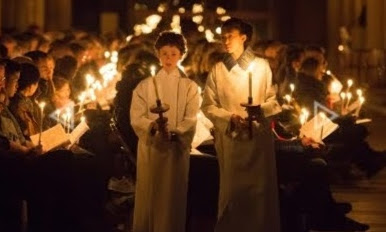 It is sad, in a way, that today's society spends much time, money and stress in preparation for the commercial "festival" and loses sight of what the  Christ of   CHRISTmas  has to offer. 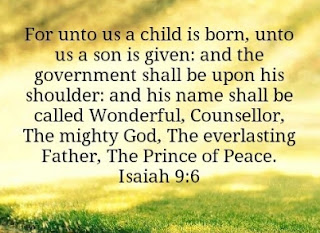