After yesterday's car journey through rain of Biblical proportions, luncheon taken at Ferndown (Sainsbury's) the fbbs settled quickly in their luxury apartment at the Premier Inn, Wettie Gardens, Shanklin. 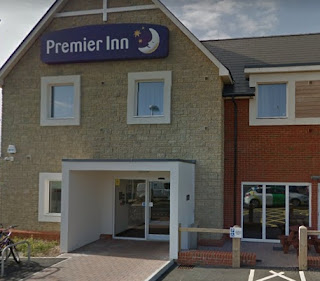 Long before thee fbbs moved to the Island, the pre-marital version of your noble blogger spent many a happy summer helping run Crusader Holidays at the Westbrook Centre - which he eventually managed and was proud to develop. Several trips were taken bu STEAM train to Shanklin and Ventnor ... 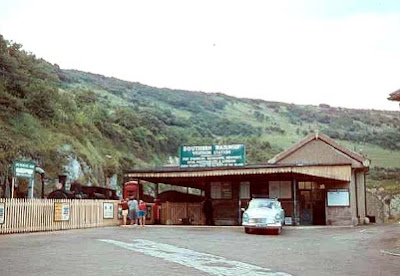 Often he took a gaggle of lads into Ryde and one activity was to watch the trains (ludicrously frequent in summer) chuffing up and down the pier ... 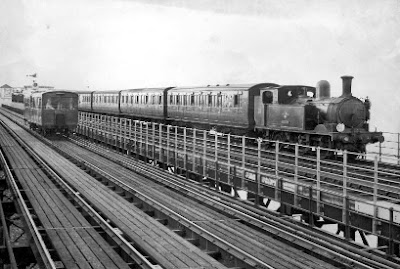 ... through the tunnel and off to points south and west. 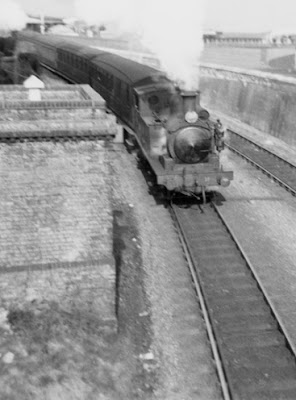 On a Christmas holiday before closure, there was a small expedition to "do" the Cowes line. Because of other activities at the holiday centre, the only suitable time was mid afternoon. Effectively that meant riding to Cowes and back IN THE DARK. The scenery was, erm, dark!

But the trip was utterly necessary. 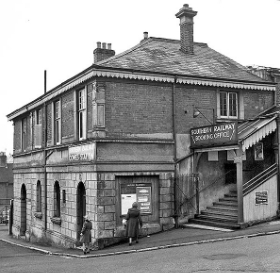 ... and, on the return trip, one solitary passenger joined at Havenstreet, now the HQ of the Ilsands popular preserved line.

This was fbb's ONLY trip by train to Cowes - ever.

Although the holiday was over the festive period fbb cannot remember if there were trains on Christmas Day in those latter years. But there were in 1959.

I found a copy of this timetable (IOW part attached) in a box at home. The rest of the Waterloo lines had an hourly service for much of the day, but often as shuttle services out of connections. Portsmouth was served from Woking out of the Alton trains from Waterloo. There was also a couple of Waterloo to Plymouth via north Devon services. I guess it came from my great uncle who worked as booking office clerk at Waterloo. As a single man he always swapped shifts so as to work Christmas Day. For him sharing Christmas at work with a canteen Christmas lunch was more fun than sitting in his room in the residential guest house, which was his home.

The header tells staff what section is being covered. 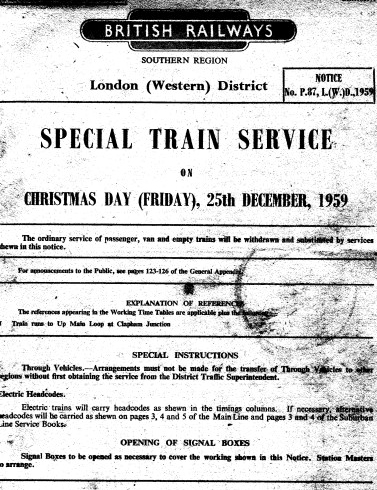 There are some general, but important notes. 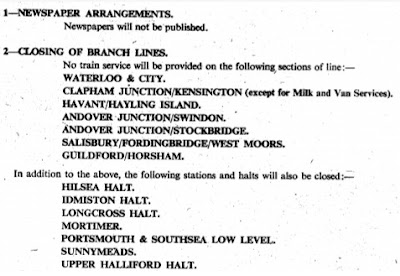 Then comes the Island timetable. Firstly FROM Ryde. 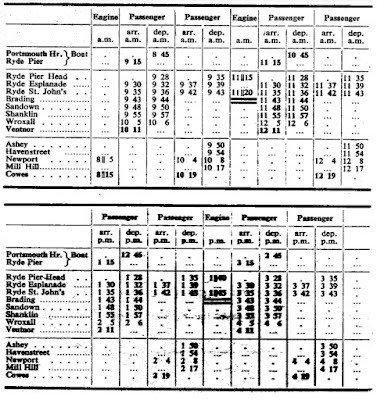 Readers may not be familiar with the layout style. Each journey of passenger service is shown in two columns; right hand is the departure time, left hand is arrival. Stopping times are usually one or two minutes.

And here is the service from Cowes and Ventnor TO Ryde. 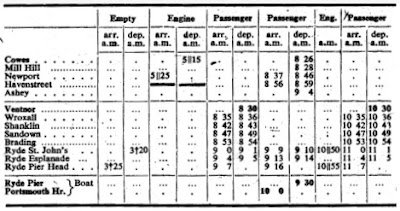 Some of the graphics will enlarge (a bit). Just click on the panel for something a little larger.

Thanks to Richard for the canss of this fascinating document. 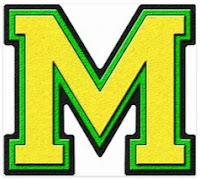 In the same way the He was not called Jesus, he was never called Jesus CHRIST. Tradition has used this name for years but it can be misleading.

Surnames and first names were generally unknown at Jesus' (Yeshua's) time. One name was probably enough for an offspring who would not stray far from where he was born. But if it was necessary to differentiate several Yeshuas, the epithet "Son of ..." would usually suffice. 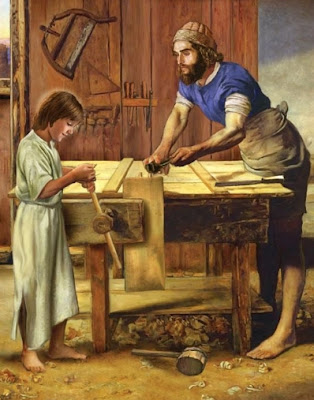 "Christ" is the Latin/Greek version of the Hebrew word "messiah". 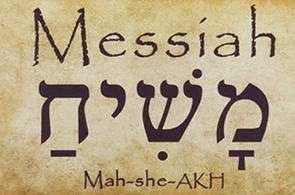 Most participants in the Jewish faith do not accept that Jesus is the messiah - holy, yes - a prophet, yes - but not messiah. He is still to come for traditional Jews.

The Christian Faith sees the dozens messianic of prophecies in the Old Testament as being fulfilled in the birth, life, work, death and resurrection of Yeshua ben Yusuf.