Where does this Fast Link (not very fast) operate? 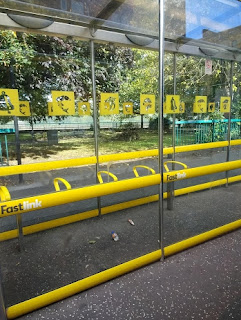 Where did these colourful seats come from? 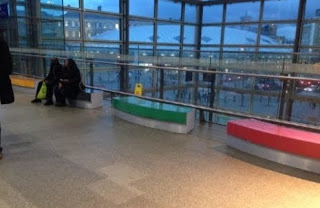 Which town offered you a "generous" (NOT) one-stop journey from station to town centre? 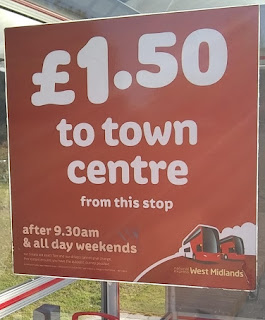 What did this oddly shaped light brown lump fall from? 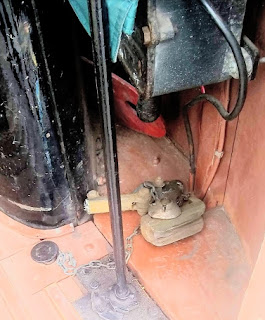 Where was this former non-central Central station, now a cafe? 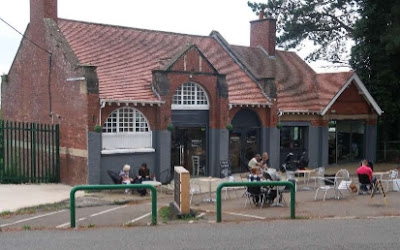 What, according to this Tweet, matched the writer's shoes? 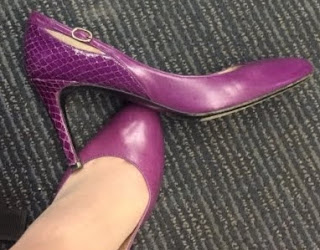 Which church gets a regular but infrequent bus service? 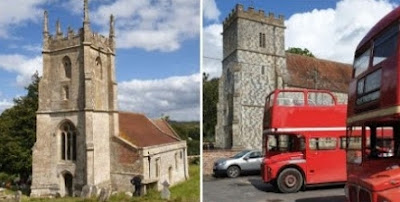 What is unusual about the construction of this bus? 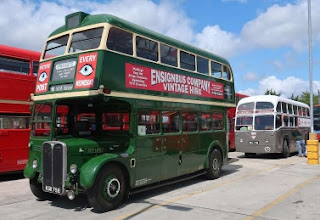 Where did this "Glasgow" locomotive operate?" 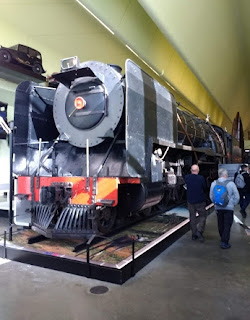 
The fbb's car journey from Abergynolyn yo Seaton was very straightforward involving about 5 hours driving plus a 10 minute stop (Builth Wells - PNB!) and a 40 minute stop for lunch at New Inn near Pontypool. 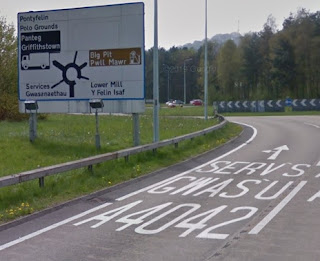 It was Boxing Day and most sources of refreshment were very closed - so fast food outlets were about all that was available. 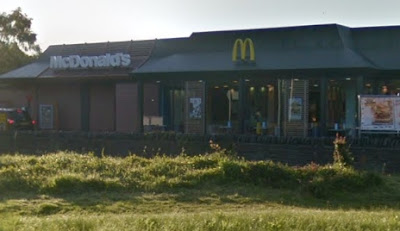 McDonalds was doing a steady but unimpressive trade inside the building but had queues right round the building from those seeking to "Drive Thru". 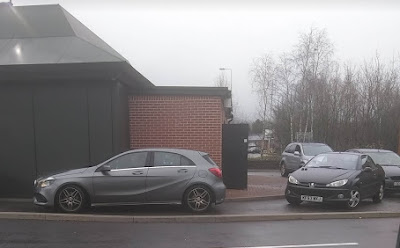 A brigade of at least 8 was hard at work satisfying the Boxing Day need to take take-away deliverd from a .ittle window to the car driver..

fbb was duly impressed with the company's provision for frightened boys ... 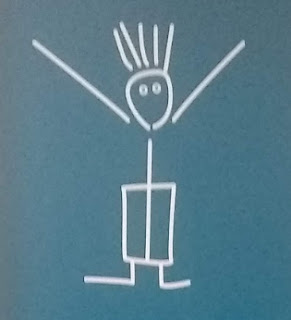 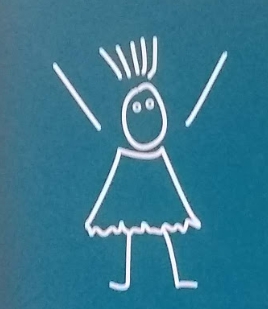 ... and comfy relaxing chairs for their stressed adult companions. 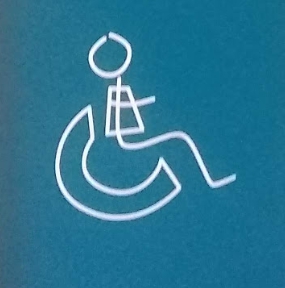 Upon closer investigation it appeared that the door led to the toilets! 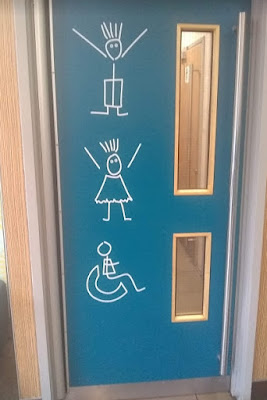 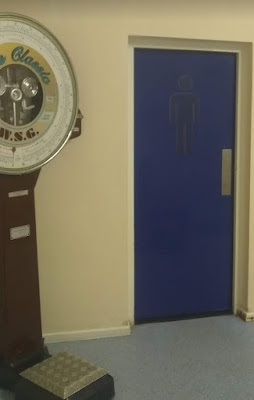 Which all begs a worrying question. In today's slightly loony world that, apparently, despises gender stereotypes, should we rally tolerate "ladies" indicated by a skirt and "gents" by a presumed trousered leg.

Surely hermaphrodite "facilities" should be demanded.

In case anyone comments in enthusiastic agreement, fbb did write above sentence as a joke.

Next Switzerland blog : Saturday 28th December
Posted by fatbusbloke at 02:00