For The Last Time (Probably) Part 3

fbb's nostalgic train journey by 80year old underground train (actually a two car chunk of underground train!) has taken him so far just one stop from Ryde Esplanade to Ryde St Johns Road. As the train eased out of the platform at St Johns Road, fbb was able to take a very poor picture (against the sun - unforgivable) of the train parked in platform 3. 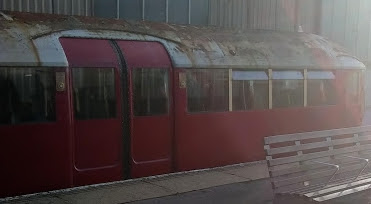 On thr roof, above the cab, you can just spot a little while "thingey". Advised opinion is that this is a receiver to pick up WiFi and is being testes prior to fitment to the soon to arrive (?) Vivarail trains. 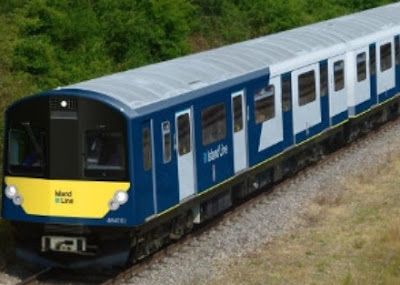 Next stop is Smallbrook Junction for the Isle of Wight Steam Railway. There are no buses at all now to Havenstreet, the line's HQ leaving Island Line for the eastern terminus or Southern Vectis route 9 for Wootton at the western end. 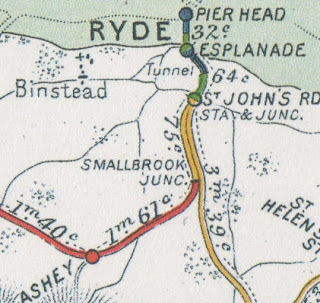 Smallbrook is where the line to Cowes branched off but there is now no connection with the steam line. 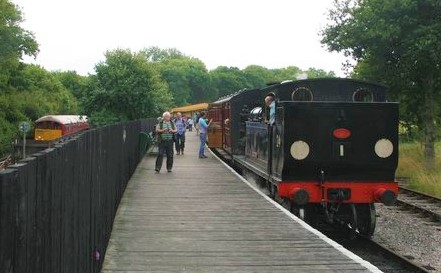 The heritage passengers are blessed with a sweet little waiting room ... 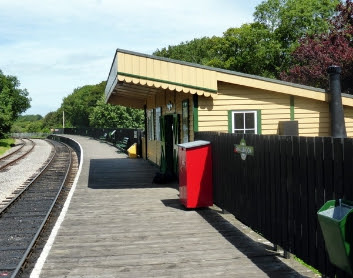 ... whereas Island line gets a sideways facing bus shelter! 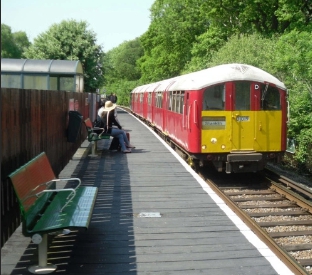 fbb was travelling on Saturday 14th when Santa Specials were in full swing ... 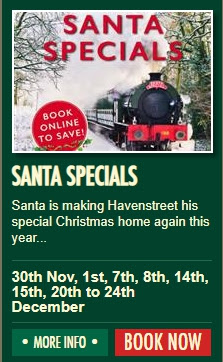 ... bus, alas, nobody alighted or boarded. Cue another parody of Edward Thomas.

Yes. I remember Smallbrook Junct
The name, and yes, I remember
The rain; the two car train drew up there
Unwontedly. In December.

The doors clunked. The guard cleared his throat.
No one left and no one came
On the bare platform. What I saw
Was Smallbrook Junct - only the name

And willows, willow-herb, and grass,
And meadowsweet, and haycocks dry,
Were never seen through teeming rain
That poured relentless from the sky.

And for that minute I wondered why
If what I heard was really right,
Twenty and six millions will be spent
On empty trains for the Isle of Wight.

Edward Thomas was renowned for his controversial views.

Over the years there have been proposals to extend the steam railway to Ryde St Johns Road or even to the Esplanade using the redundant second track. But it would be difficult and VERY expensive, so seems unlikely.

Next stop Brading. It had three platforms, one for the shuttle to Bembridge. Apart from the platform itself, the station buildings ... 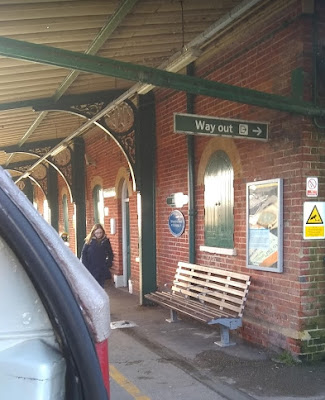 ... and the signal box are in the hands of a Community Project. They are open from May to October (NOT Mondays and Fridays) for exhibitions, special events and, inevitably teas and light refreshments. There is a £2.50 charge for a visit to the signal box. 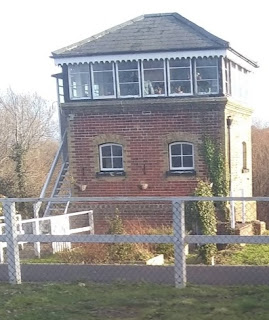 The Bembridge branch closed in 1953. 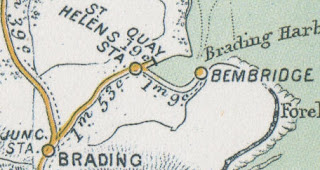 Much of the branch is covered by a public footpath.

Had the two train service been running, fbb had planned to stop off at Sandown for 20 minutes before concluding his ride. Alas only a quick snap out of the sliding doors was possible. 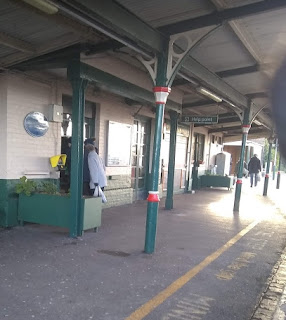 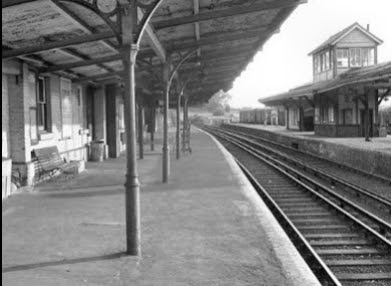 Behind the signal box and rood canopy was the line to Newport seen below soon after electrification with only the signal box still standing. An engineering train occupies the former Newport platform. 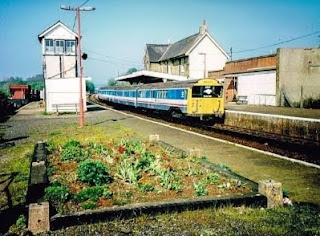 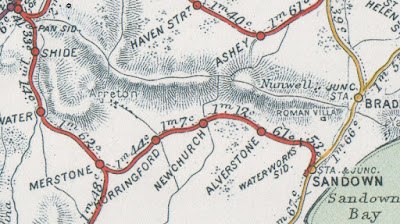 ... and much of it is a well-used cycle way and footpath.

Today the Ryde-bound platform is bare except for a bus shelter! 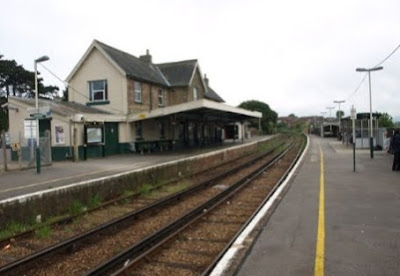 Tomorrow, the journey is completed via Lake to Shanklin. 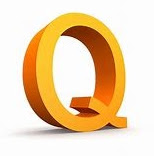 People and places beginning with letter "Q" are scarce in the Bible, let alone the nativity narrative; but one "Q" has a cameo role. Here is Luke's Gospel.

This took Joseph and Mary (no donkey mentioned and no blue frock - they wouldn't have been able to afford either!) from Nazareth to Bethlehem ... 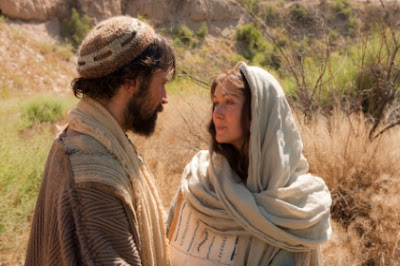 fbb goes to a non-Biblical location:- 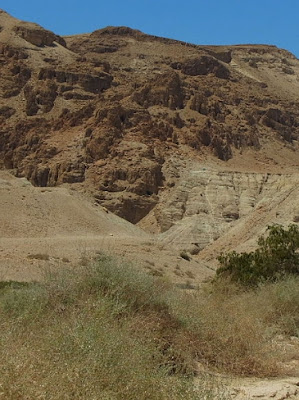 Here in 1947, near the Dead Sea, and purely by chance, a lad threw a stone into a cave (as you do)  and heard a crash rather than a thump. What he heard was a jar breaking; and the many jars contained ancient scrolls, many of them of Biblical texts.

Hundreds of such dosuments, whole or in fragments, were found over the next ten years. What challenges modern apathy concerning the real  CHRISTmas , is that these are the oldest and thus the most authentic copies of parts of our Bible.

In particular, one scroll contains astounding prophecies of The Messiah and a list of some of the miracles that He would perform; miracles later recorded by the Gospel writer Luke. 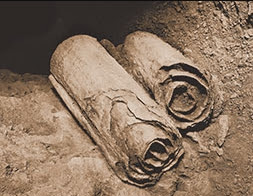 The scrolls were hidden, say the archaeologists, during the period of Roman persecution of the Jews that culminated in the destruction of Jerusalem and the Temple in AD70.

Luke wrote about ten years AFTER the scrolls had been hidden.

It really makes you think about the truth of  CHRISTmas .