Through A Glass Darkly

Below is an extract full two-page picture from the January edition of Buses Magazine**. 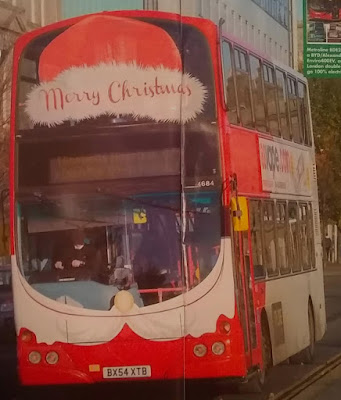 This is what it looked like before it became "festive" ... 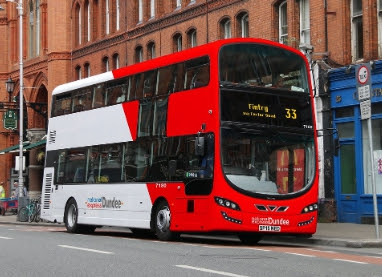 ... and here it is in it former home territory - Birmingham. 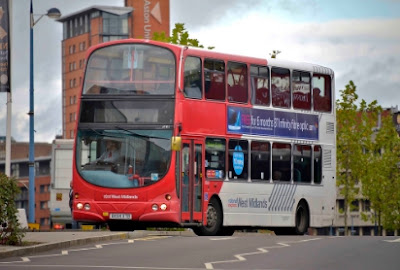 Glass is an ancient material dating from at least 1500BC where it was moulded into decorative and useful vessels, as here from Rome about 300AD. 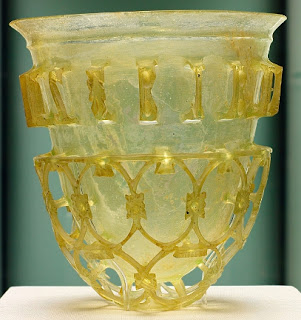 Much later (Middle Ages) came glass blowing and later still we have plate glass, made flat by pouting on a "plate" of metal. The in 1960, Pilkingtons developed float glass, whereby molted glass is floated on a bath of molted tin. It "floats" on the top giving a nice clear material that allow you to see what is on the other side without dulling or distortion.

So it transpires that bus companies then add "Contravision", making the view out of the window dull and distorted.

There is considerable dischuffment on-line about this. 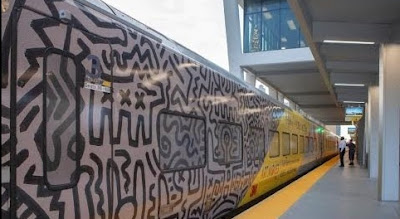 ... featured in this blog some time ago (read again) 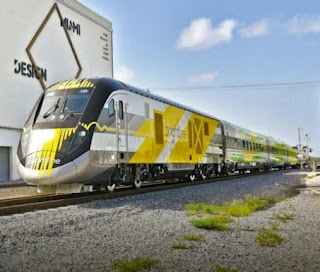 Design guru Ray Stenning was quick to twit back, 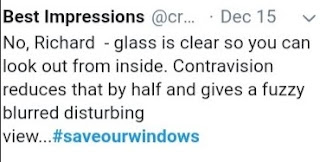 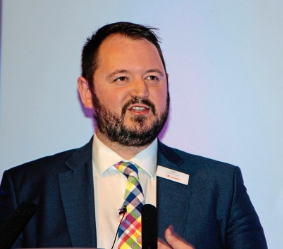 So it is that Ray Steening is highlighting a Twitter campaign to stop this obfuscation of passengers views (literally). 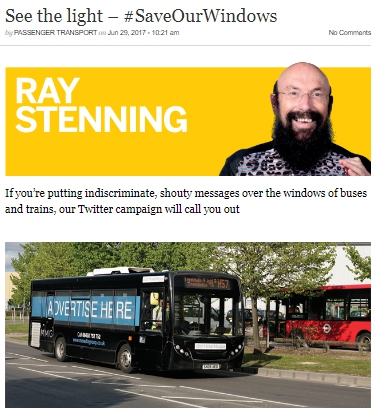 Here is another, this time facing inwards and with no "contra" so it blocks the windoiw completely. Of course, says the tweet, passengers really want to read about the benefits of electronic payment rather that see where they are going! 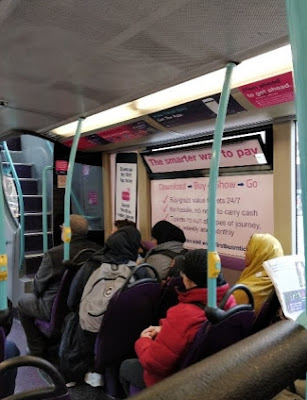 Appliqué obscuration is annoying and uncomfortable, even if you are skilled enough to read it backwards. 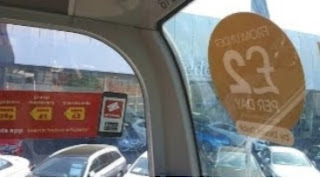 Including the display screen (the grey rectangle) this top deck front leaves very little room to see the road ahead. 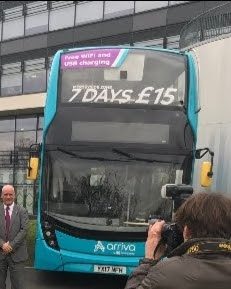 But back to contravision. Here is the ultimate! Boith sides:- 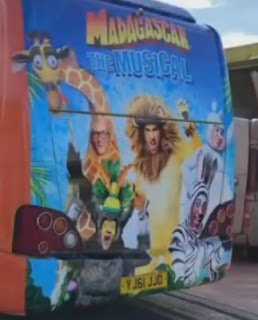 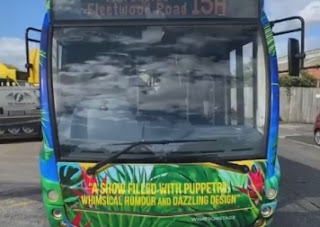 Only the driver's vision is un-obscured; but the passengers - who cares. The perpetrator of this horror is Rotala's Preston Bus. 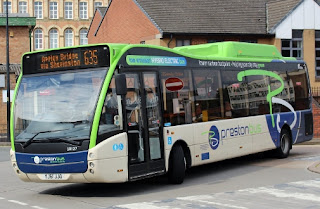 Their swirly logo obscures back windows and, if you sit there it is simply a B nuisance!

And a reminder of what you are looking through when contravision is applied. 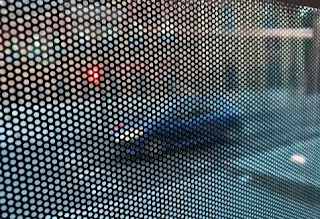 The theory is that your eyes focus on what's outside and you simply don't notice the dots.

** January Buses magazine. This excellent edition, as well as much "enthusiast" stuff, contains much that is very thought provoking about the state of the industry. Well worth buying a copy and reading it in detail. 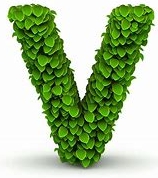 "Through a glass darkly" is, as all our readers will know, a verse from Paul's letter to the Corinthians, Chapter 13, a chapter often misquoted and misrepresented at weddings. Yes, it talks about Love, but not human admiration or sexuality; it talks about the effect of God's Love on the lives of those whom he has blessed with his "Unction Grace". Quite different.

What we see now is like a dim image in a mirror; ("through a glass darkly" in older translations!) then we shall see face-to-face. What I know now is only partial; then it will be complete - as complete as God's knowledge of me.

These jottings have already referred to the Vision of the prophets for a Messiah coming to save the people. We have read of several Visions of angels (without wings!) bringing God's supernatural message to terrified humans.

We have seen the two Visions of eternity as the deathly wages of sin and the joyous gift of eternal life. A simple (?) choice which begins with the  CHRISTmas  story.

The earthly future looks grim, one way or another, ... 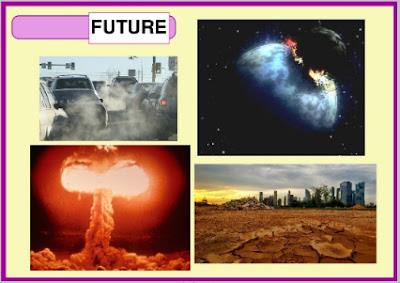 ... maybe a manifestation of that sinful death?