Aylesbury is the County Town of Buckinghamshire with a spectacular but not always loved Council office block. 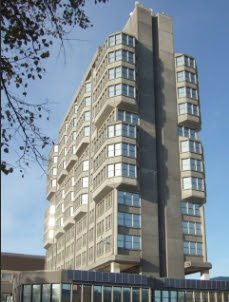 The precise origins of the eponymous breed of duck ... 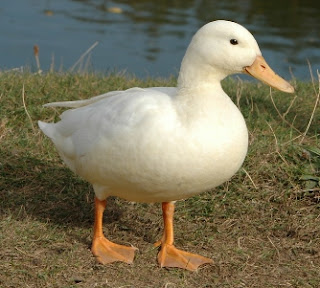 ... are unclear, but raising white ducks became popular in Aylesbury in the 18th century owing to the demand for white feathers as a filler for quilts. Over the 19th century selective breeding for size, shape and colour led to the Aylesbury duck.  Duck rearing became a major industry in the town.

fbb last visited Aylesbury in the summer of 1965 to spend the day with a University chum called Chris Saunders, who lived at nearby Wendover.

Little of the visit filters up through the old man's memory banks but he did photograph a diesel multiple unit at Aylesbury Station - photo long lost. The somewhat seedy lines from Marylebone were revises under Chris Green's Network South East ... 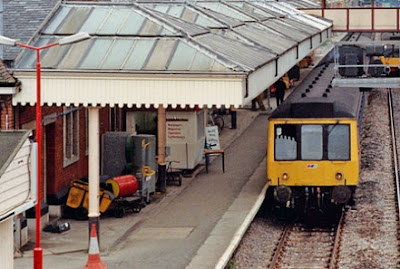 ... and revived even further by the privatised Chiltern Trains, part of the troubled Arriva.

fbb does clearly remember arriving by bus, probably from Bletchley(?) at Kingsbury Square, then the town's bus station. 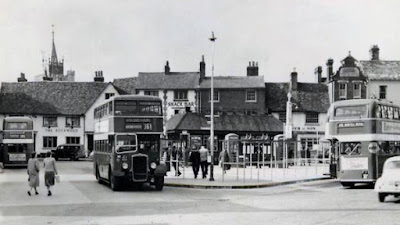 A similar picture to the above appeared in an article in the local press remembering the delights of public transport to and in the town. fbb's bus to Wendover was provided by United Counties, also supplier of bus travel to fbb's village just outside Northampton; a long way away.

The article reminisced about the Square ... 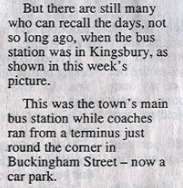 ... and the variety of bus companies serving the town. 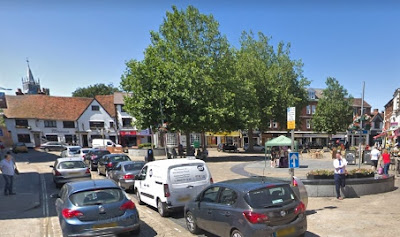 ... but otherwise the view has hardly changed.

The railway station is now in good order ... 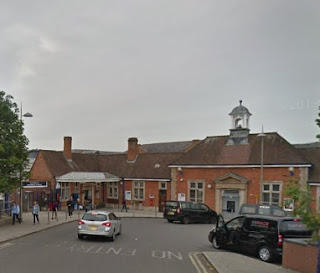 ... but offers much from its history with Great Central railway trains ... 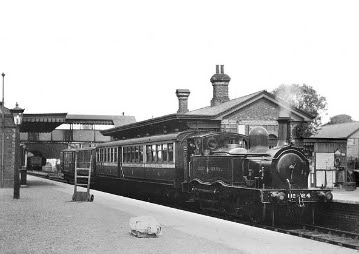 ... and as part of the burgeoning Metropolitan Railway.

The present service is excellent, offering three trains an hour to Marylebone (one via H/W - High Wycombe) ... 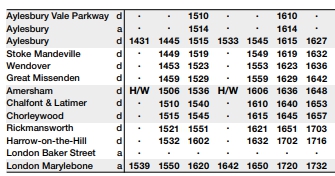 ... one of which starts from the new-ish terminus at Aylesbury Vale Parkway. 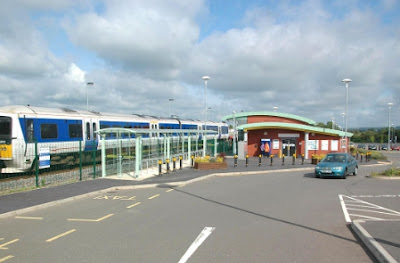 It is all very different from fbb's visit all those happy but numerous years ago.

But tomorrow we must go in search of today's bus terminals, and to achieve this we may chose to walk via what must be the longest foobridge in any town in the UK. Called the Bourg Walk Bridge, it starts here ... 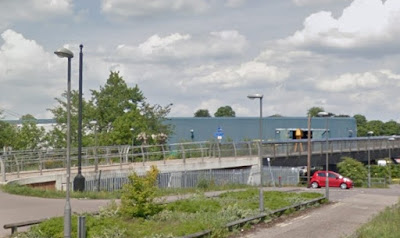 ... at Penn Road, south west of the station buildings; then runs above interesting views of car parks and Morrisons (view below looking back towards Penn Road, station just off shot on the left) ... 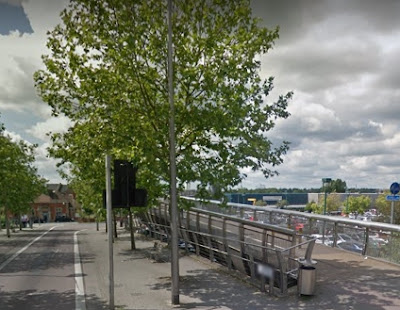 Might we find the buses as we descend its northern slope? 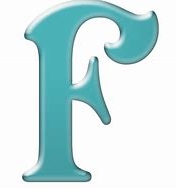 Oddly there is no "official" word for fear of Angels, but the generic THEOPHOBIA would cover it. Some of the above are npt "officialI either! You guessed.

Mary meets the angel who tells her the awesome news. She was deeply troubled. (and who wouldn't be?) 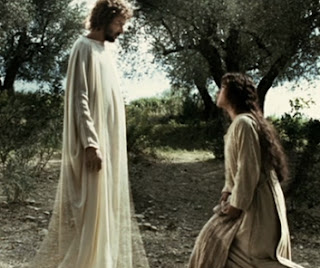 She struggled to understand what was going on. (and who wouldn't?)

Zechariah (father of John the Baptist) was ashamed and afraid.

The shepherds, tough toil-hardened men that they were, were scared witless. 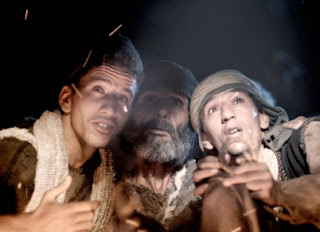 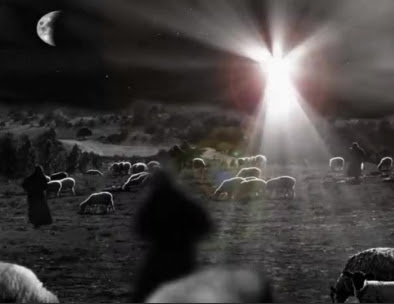 Whatever was going on was terrifying. It was not sweet, sickly and soppy. It did not involve girly creatures with long flowing hair and wings. Angels "visiting" humans are always portrayed as man and very scary. And they NEVER have wings!

Something very special, almost too big to comprehend, was going on.