Bristol and Bath have been something of a Beacon of Bright light for the ailing bus industry with some spectacular growth figures, successful route branding and the much heralded Metrobus network. But announcement of changes from January might be seen as evidence of a few cracks appearing in the good news.

It is indeed ironic that service reductions should be announced soon after First West of England won to trophies at the UK bus awards, one for marketing and one for Metrobus.

Two cross city services (four routes) are having their off-peak frequency reduce by one notch from every 12 minutes to every 15. 1 and 2 have been up to every ten minutes during the competitive battles with Wessex's "The One" and "The One, Two". 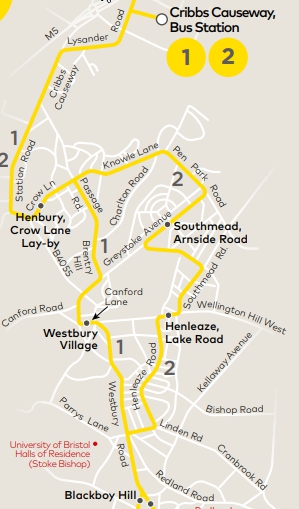 Between the city centre and the junction between Westbury Road and Henlease Road this will mean a bus every 7½ minutes instead of every 6. Allowing for the influence of the dreaded traffic congestion and other "operational reasons" this reduction will be hardly noticed.

But where the routes bifurcate, the difference between 12 and 15 becomes more noticeable, especially if one bus is "missing" or there are accumulated delays. 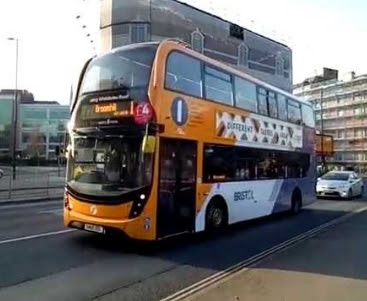 South of the city centre there is less common ground. 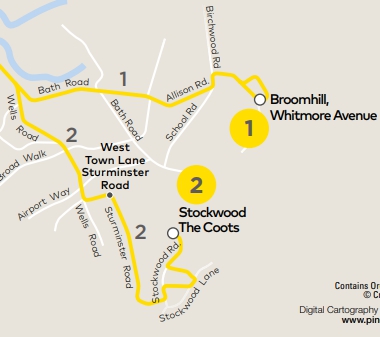 A similar situation applies to the combined 75 and 76 service. 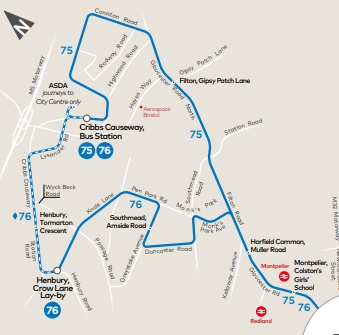 The Gloucester Road has plenty of buses so the cut back only gets really notices at the extremities. 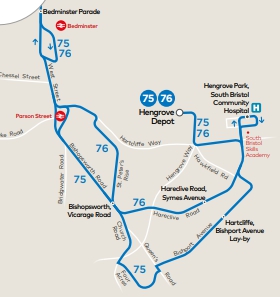 ... there is frequent common ground to Parson Street before the split. 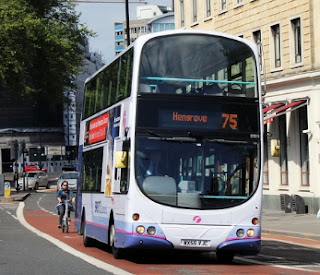 Let's hear what First Bus says about the cut-back.

That gives a combined frequency of every 10 instead of every 7½ ...

There is an important question here. What does the frequency reduction have on people's perception of the quality of the bus service? The majority will probably just go and wait at the stop; but at what point in the cut-back do they begin to feel that cold, wet and tedium and blame First for a poor service before the passengers, too, reduce their frequency of travel!

The second question is also relevant. If these frequency "trims" are in response to "customer demand dropping away slightly during the winter and spring months", are Bristolians to expect a return to the previous frequencies from Easter onwards when finer weather (apparently?) encourages the good folk of Henbury and Hengrove (for example) to take more bus rides?

In Sheffield, routes 97 and 98 have run every 20 minutes each for many years giving a useful every ten on the common sections - which is most of the route. This year the service was reduced to every 30 (commonality every 15) with "customer demand dropping away slightly during the summer months".

Frequency has not returned to every 20/10 even though "summer" is long gone.

A third question arises. To what extent do minor cuts like this reduce the total number of passengers carried? Has anyone done any studies or do the companies simply "hit and hope"? [fbb is currently watching a bit of the UK Snooker Championship from York!]

Beyond Belief No 239.
And it is from our friends at South Yorkshire PTE.

There is a cosy waiting room adjacent to the two tram platforms. 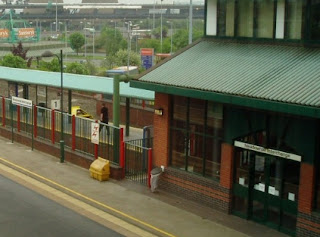 The PTE, ever anxious to make a bob or two, have recently install and Amazon collection point, a "locker". You can ask Amazon to deliver your box of delights to Meadowhall. You then type in various codes, a door springs open and you collect your package, hop on a tram and carry the seasonal goodies back home.

Unfortunately the ever considerate PTE has arranged for "The Locker" to block the timetable display frame in such a way that said frame can neither be opened or removed and installed elsewhere. 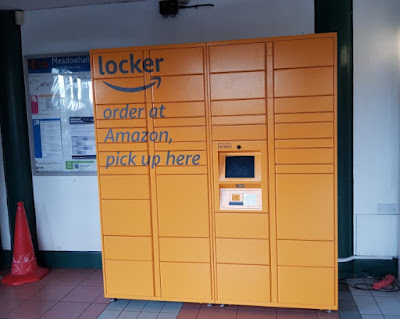 fbb's anonymous correspondent assures him that a responsible personage from the PTE (are there any such?) has been delegated the job of sorting it out by either removing "The Locker" or the frame, or maybe knocking down the wall to get at both. 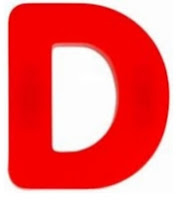 One of the things that always amuses or infuriates many readers of the Nativity Narratives in the Bible is, to quote from the King James version, all those "begats".

And Judas begat Phares and Zara of Thamar; and Phares begat Esrom; and Esrom begat Aram;

And Salmon begat Boaz of Rachab; and Boaz begat Obed of Ruth; and Obed begat Jesse;

And Jesse begat David the king; 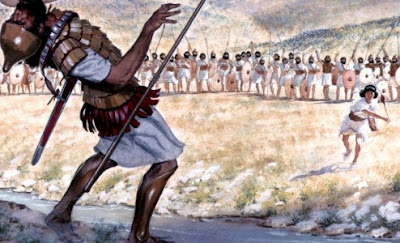 That's David of Goliath fame. As well as being a dab hand at stone and sling, we have appointed as the first king of a the united tribes of Israel.

Luke has a similar family tree idea but many of the names are different.

Of course, neither can be 100% correct as genealogy. Records were sparse in ancient times and links were very complex, hence different genetic trees researched by the two Gospel writers.

What mattered to both was to attempt to show that Jesus was, indeed, the Gift of God that the Old Testament had predicted.

He will rule as King David's successor basing his power on right and justice. (Isaiah -  Old Testament Prophet - Chapter 9)

The Angel said, "Joseph, descendant of David, do not be afraid to take Mary as your wife." (from Matthew's Gospel)