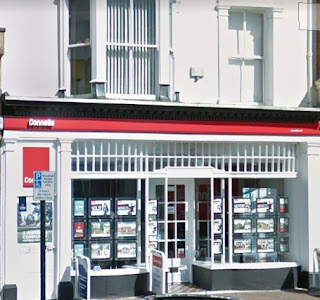 ... was now selling houses. The premises pictured used to be a chemist's. Adams Corner House was next door ... 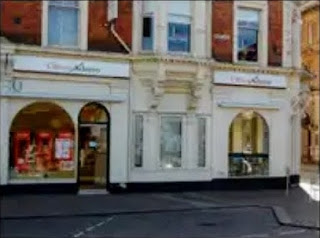 ...and is also in the property business!

But fbb had forgotten Janet's wedding reception. Janet was fbb's father's cousin once removed; but thanks to the huge size of the old man's band of relatives, was somewhat younger. So the family duly attended her wedding to Frank. fbb was c 5 years old.

And the reception was at the caff on the corner of Wood Hill and St Giles Square. fbb distinctly remembers going downstairs and sitting at a table with an aircraft porthole on the wall.

Eh? Surely the old man is mistaken? Sometimes he thinks he is but, in this case, Alan sent a BBC on-line article to support his correction. 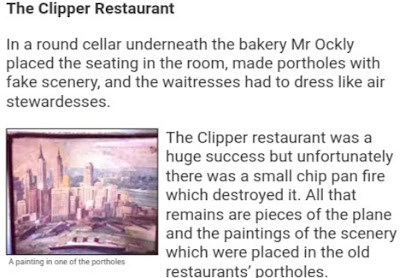 The seats were obtained, so the BBC explains from a transatlantic Clipper plane, hence the name of the nosherie. To be helpful, the Beeb's journalist has appended a picture of "The Clipper". 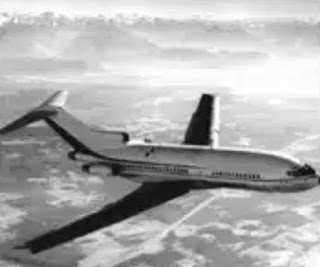 But, hold on a sec; if fbb was five and the caff's owner bought genuine seats from "The Clipper" it would have been a technological miracle.

The first Jet airliner was the deHavilland Comet which had its debut in 1952 when fbb was 7. It was unlikely that the corner house could obtain a few spare sets from the Comet factory in 1950!

Here is a picture of the Boeing Clipper. 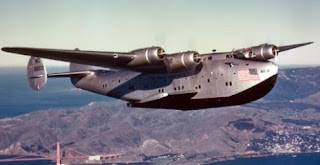 The Boeing 314 Clipper was a United States long-range flying boat produced by the Boeing Airplane Company between 1938 and 1941. One of the largest aircraft of its time, it used the massive wing of Boeing's earlier XB-15 bomber prototype to achieve the range necessary for flights across the Atlantic and Pacific oceans. Twelve Clippers were built; nine were brought into service for Pan Am. 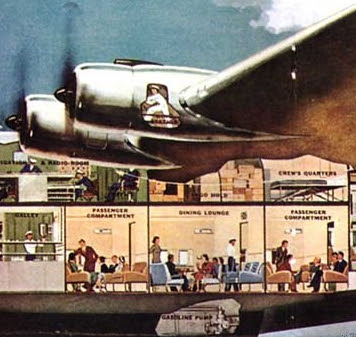 Whether the caff's seats were really from a Boeing Clipper is unclear, but the idea was excellent and it has even remained in fbb's memory for 70 years!

You have to admit it; this blog goes on some crazy journeys. From vintage bus advertisements to the collapse of a town's bakery, to Janet and Frank's wedding reception and via a piece of poor BBC journalism to transatlantic flying boats. 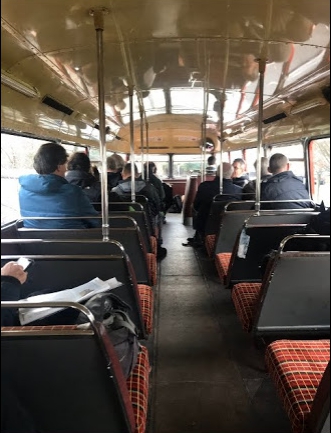 Ray Stenning (of "creating desire" by decorating buses with swirly livery fame) has been on a notalgic bus trip on London Buses route 234 to Hackbridge. 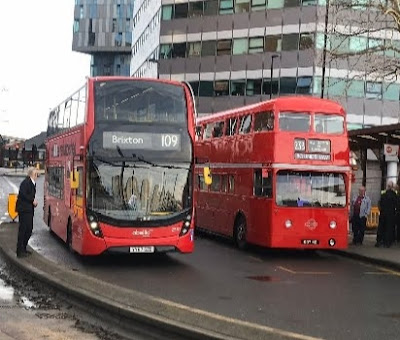 The FRM was unfortunately only a single prototype. Unfortunately because it was a bus that drivers, mechanics and passengers liked. One wonders what the history of London Transport in the seventies and eighties would have been like if these had been available in bulk rather than the Fleetlines.

The idea of the front entrance, rear-engined Routemaster was a response to the pressures of staff shortages and the pervasiveness of the new generation of rear-engined buses that were all the fashion. In 1964 London Transport started a collaboration with AEC and Park Royal to develop the bus. With the Routemaster already being seen to be a good design with high reliability and public acceptability, it seemed sensible to employ the RM technology. In the event 80% of parts were from the RM standard parts list. 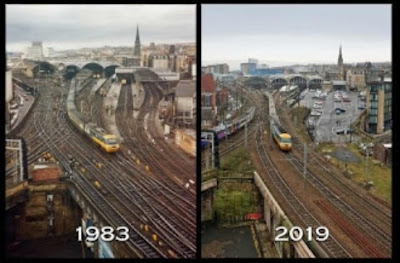 Both pictures are taken from the Castle at Newcastle upon Tyne. The train looks the same, but the station has changed dramatically.

Devon General Centenary
Whilst enjoying a coffee with friends on Saturday last, fbb was keeping a weather eye on things omnibological at Seaton sea front. He was surprised to see the Stagecoach bus decorated to illustrate the 100th birthday of the Devon General company. 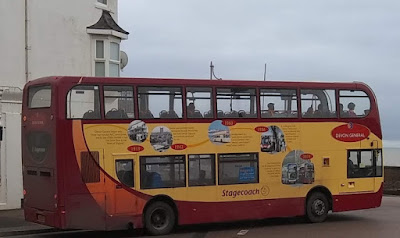 Was It Really  CHRISTmas  ??
Of course we all have enjoyed the festive season in various ways. fbb and Mrs' highlight was time withe family at Abergynolwyn. For fbb, personally, a deep joy was attending church in Towyn on Christmas Day. 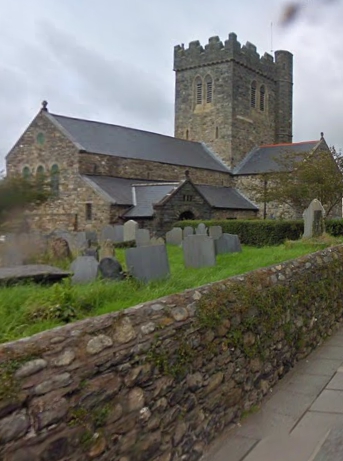 St Cadfan's Church held a fairly formal Eucharist service (Holy Communion) at 1115. Carols were sung, bread and wine were shared and there was something special about taking part on the day arbitrarily chosen to celebrate the birth of the Saviour of the World.

Another Christmas picture gives some impression of the less satisfactory commercial Spend-Fest. 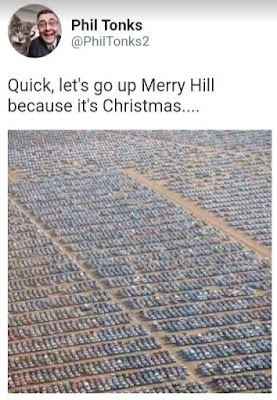 The picture is NOT of Merry Hill ... 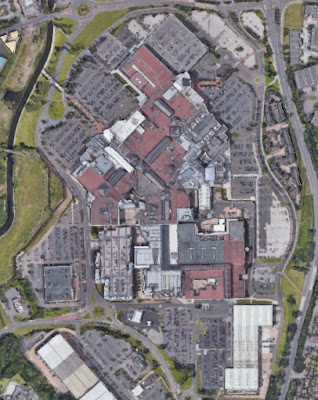 .... but the concept of commercial excess is still thought provoking.