Comment writers are always ready to jump down fbb's chubby throat whenever he comments about service reductions. "Bus companies need to make a profit if they are to survive." True is the only system under consideration is the "commercial model". If our society it serious about "the climate crisis" and serious about reducing the number of cars on the road then the "commercial model" as created by the deregulation and privatisation of the bus industry in 1986 is simply not delivering the goods.

Bristol's Metrobus was a political construct, deemed cheaper than a tram system, aimed at providing quality public transport along bus prioritised corridors to tempt the jaded Bristolian out of their cars, to reduce pollution and congestion and to shine a bright light for new-look bus travel.

So the ten minute frequency of route M1 ... 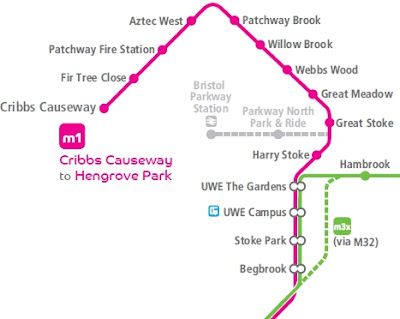 ... has already been reduced to every 12 off peak Monday to Friday.

On both sides of the city centre ... 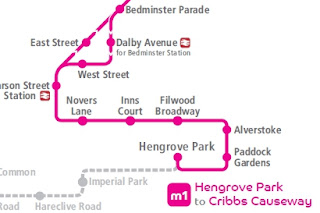 ... the route runs along long stretches of open road with no housing nearby.

From January it is reduced further to every 15, every 20 on Saturdays. It may have posh stops, it may have pay before board to speed loading, it may have distinctive buses but it is nothing like a tram.

Interestingly peak travel is being increased from January to give an every 7/8 minute headway from Patchway Brook to the depot at Bedminster. 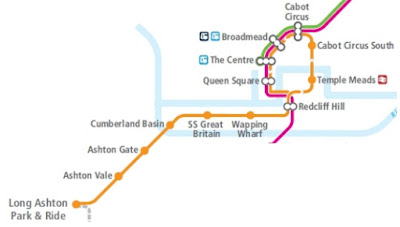 Its little nibbles of guided busway (which doesn't go round any corners) ... 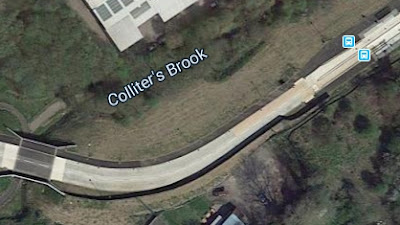 ... ensures that buses are slower than those it replaced which used the normal road system throughout. Currently every 12 minutes off-peak ...

... it drops to every 20 Monday to Friday. Surely this defeats the potential attractiveness of Park and Ride. The advantage of a motor car is that you leave when you like; there is no hanging around waiting for a bus. OK, depending on time of travel, you may hang around in a traffic jam; but we are talking off-peak frequencies.

First bus has an interesting use of language to describe this cut-back.

A slightly reduced frequency? No, a gurt big reduction! Does it encourage use of the Park and Ride option? A big, loud and resounding NO.

To encourage more sustainable travel at weekends, and to coincide with the start of the busier spring period, a new Sunday service will operate every 20 minutes on the m2 from 5 April 2020.

fbb predicts that the Sunday buses will be somewhat lacking in passengers, whether sustainable or not.

Yesterday's blog reveal First's contention that the spring period was "less busy" hence the cut backs on 1, 2, 75 and 76.

Is someone being a little economical with the truth? 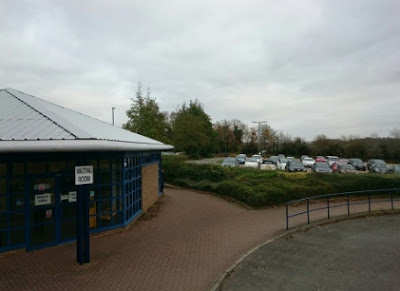 M3 from a much less used Park and Ride at Lyde Green manages every 20 minutes off peak at the moment.

This becomes every 30 minutes from January - and even less encouragement to use the site off-peak.

Again, much of its route is along the "empty" A 4174 - empty that is of housing and bus passengers. There are houses, of course but Filton Road is on the edge of the estates and largely inaccessible from the road network. 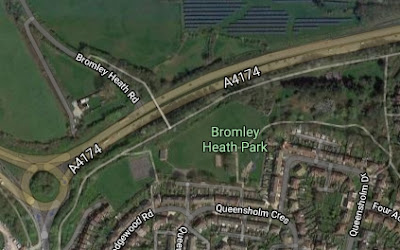 Rob Pymm, Commercial Director at First West of England, said: “As metrobus grows in popularity, we continue to learn more about people’s travel patterns and this helps us to adjust the services and make sure we have the right number of buses in the right places at the right times. Peak time services are exceeding expectations, so we are pleased to be able to put extra peak buses on the busiest section of m1 from January and also launch a Sunday service on the m2 from April, but to make these investments we need to ensure that we have the right level of service during the quieter periods as well.

“We are working closely with the metrobus team to develop ways of encouraging more off-peak demand and to get things moving in the new year we’ll shortly be launching a January offer aimed at getting more people to use metrobus during what is typically a quiet month after the festive period.”

From 6 January until the end of the month, a group ticket on all metrobus services will be available from 10.00 on weekdays allowing up to 5 people to travel for £5.00.

Rob added: “85% of metrobus users told us they’d recommend metrobus to family and friends, so we really hope people will take advantage of the offer and give metrobus a try.”

fbb is wary of making predictions, but it is traditional at this time of year, so here goes.

Within 12 to 18 months the "Metro" network will be disbanded and incorporated into First's "normal" bus route pattern. Monoliths will be removed and (maybe a bit far fetched, this) ... 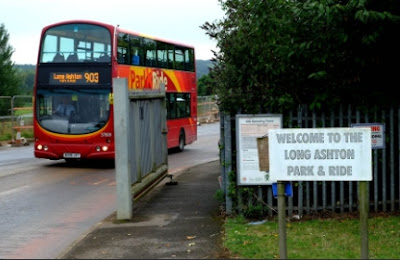 ... the Long Ashton Park and Ride will revert to its pre-busway route.

Maybe, maybe not; but fbb does also wonder whether the weaker performance off-peak might be a consequence of the Bristol flat fare system.

Whilst weekly tickets etc cater well for the "commuter", a high flat fare discourages those little off-peak trips down to the local shops or for a meet up for a coffee at the Community Centre. £2.50 single, £5 return is a lot to shell out for a purely social or local trip. (Yes, there is a three stop fare of £1.20 - three stops is a bit mean)

The secular seasonal festival is full of expectations. A child is excited to see what gifts he will get; although increasingly, these days, the quality, quantity and price of the big gift will already have been pre-booked with parents. So the expectation is less than it was.

"We are meeting up to have a good time" is a pretty standard expectation. Presumably this "good time" will include consumption of alcohol which can, in extremes, lead to a bad time. 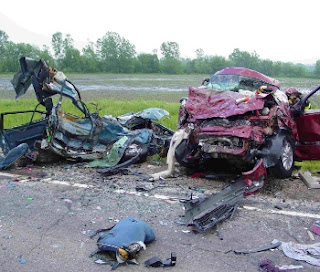 Apparently this particular season is tops for family rows, marriage breakdown and a whole range of relationship difficulties.

And then there is the paying of the bills!

Of course many expectations are fulfilled; time with the family, good food, charades and hours of top quality televisual entertainment (?). 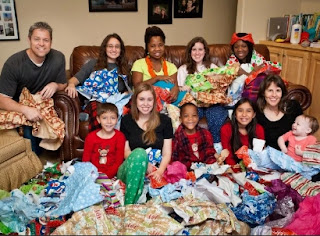 The people of Israel had high expectations. One day God would do something outstanding to provide a new relationship between the Heavenly Father and sinful man. God would send his Messiah.

But what sort of Messiah?