Nothing's changed. Even the general manager remains the same.

But, as usual, First will spend loadsamoney on new livery, new signs ... 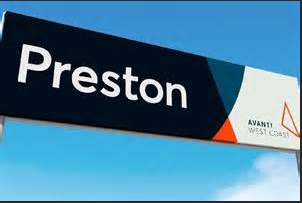 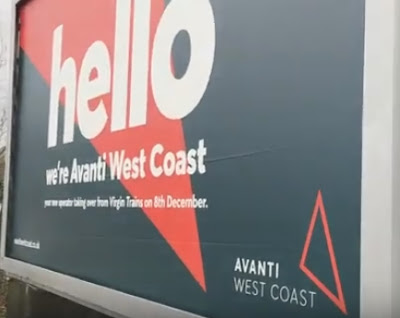 Oh yes; and all the uniforms too!

One thing that should have changed from day 1 was the company web site. fbb had intended to write a blog about his initial experience of the Avanti site. A quick gander before setting off for church (1030 service) was surprisingly favourable.

But a pre-pradial prod, followed by a post prandial snooze prod revealed just this:- 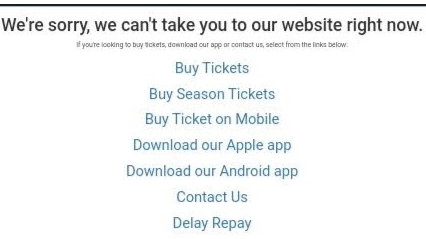 Limites facilities were available, including buying tickets, but all the fancy stuff had died. Maybe too many people, like fbb, were having a look and the gubbins decided to give up and hibernate.

The site had crashed and was still busted as fbb enjoyed the snooker final.

Avanti has made the usual announcements (more trains, more seats, better wifi, better catering) which seem to be compulsory for a new operator, but not much else has been visible.

There is, of course, a new livery and, like Great Western Railway and South ditto it is dull dull dull and dreary. 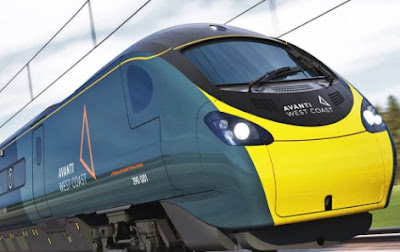 The logo (an orange triangle) represents services between England, Wales and Scotland ... 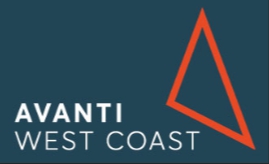 ... although fbb cannot recall any Virgin Trains running between Wales and Scotland. An order for new trains has been placed with Hitachi ... 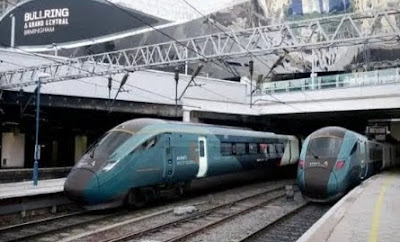 See what fbb means by "dull"?

One twitterer on the first train yesterday morning to Manchester reported that there were no refreshments, not even a cup of tea.

Not the best start to the first day.

Hey ho! fbb will try the new technology today with a view to a review in tomorrow's blog.

On A Brighter Note (Definitely)
London North Eastern Railway (part of the UK nationalised network!) has announced that it will be celebrating the last run of a High Speed Train on the EAST Coast Main line, by repainting a unit in the original "flying banana" livery. 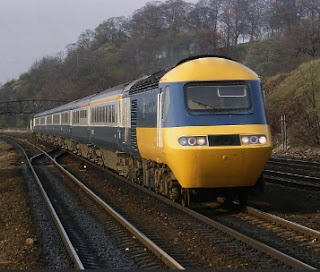 LNER has released some snaps of the work in progress, including a finished coach ... 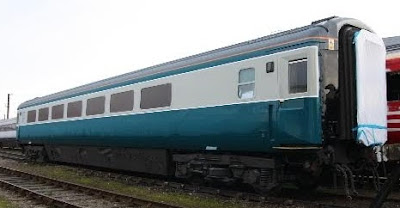 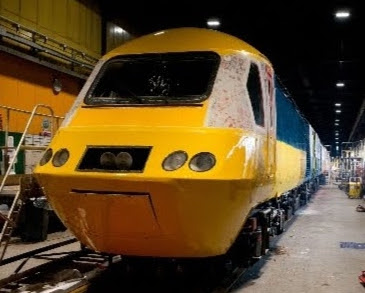 A fitting finale for these fine flying fruit!

Shell We Check The Oil?
In the early days of motoring (not that early; fbb remembers the procedure in his dads Austin convertible FBM770) you would fill up with petrol and ask the attendant to check the oil.

Shell Oil travelled in bulk using tank wagons. These were a simple can with a lid on the top an no other taps or valves. 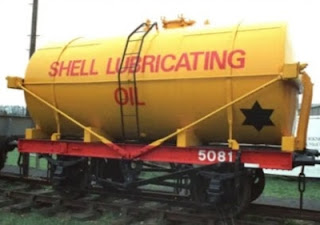 The can was strapped securely to an ordinary wagon chassis, often wooden but in the above example, steel. Note the proliferation of rods wires and clips to ensure that the can did not fall of the truck!

A tank full was delivered to a town's good yard whence the gloop was transferred by syphon or pump to smaller cans for road delivery. Historically horse drawn ... 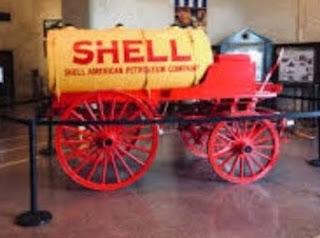 ... and then by motor vehicle. 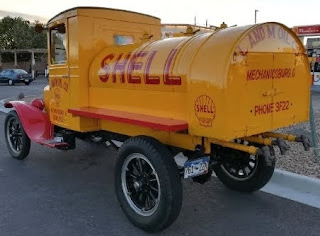 At the filling station or retail shop ... 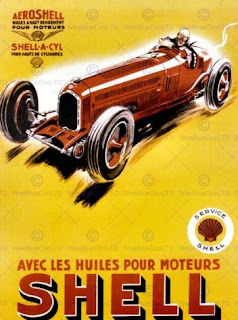 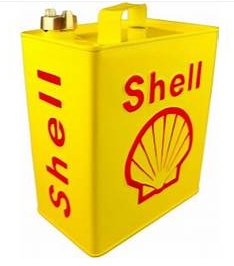 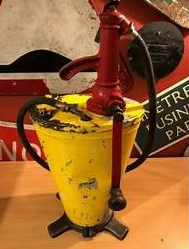 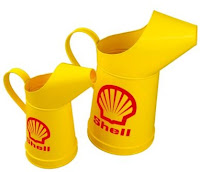 Note that the can and the jugs are modern reproductions aimed at the real enthusiast.

Today oil is much more complicated ...

... and comes in plastic bottles!

Did You Guess What It Was?
Or ... It Nearly Worked! 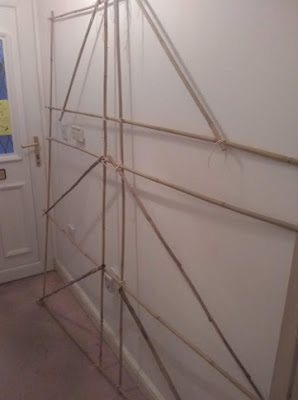 The idea was that a Christmas tree (pagan and green) should fade into the Christian cross (white) surrounded by a multicoloured changing border. 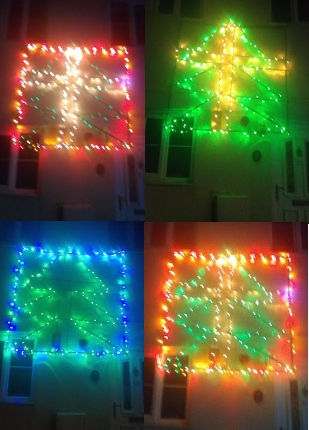 But getting three sets of lights to fade at the right time proved impossible! Photographing the displays as they morphed was also beyond fbb's timing skills.

But it was fun to make and maybe a few passers by will spot the significance!

Happy Christmas from Sheffield  is postponed.

Immanuel
We always used to write it with an "E"! 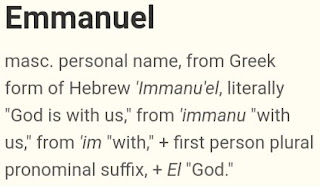 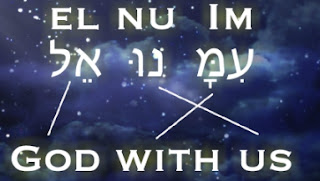 It's that Isaiah prophecy again. 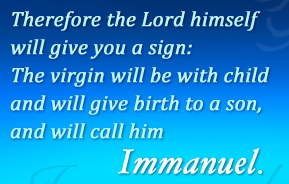 Can we really accept this in today's "realistic" age?

Of course we can!

IF there is a God, he is outside of our space and time and not bounded by our limited physical laws and our even more limited understanding. Such a deity could easily manifest himself miraculously in the womb of an unmarried teenager. It is a miracle, but, so what? God does miracles; that what it says on the tin.

Of course you can reject God (as many do) in which case you should reject this seasonal booze and grub fest - or at least all references to its name (as some do).

And replace  CHRISTmas  with  NOTHINGmas