Readers who have coped with the previous Scunthorpe blogs may remember that Burringham is on the way to West Butterwick served until St Andrew's Day by Hornsby's route 12. Look; there is is on their timetable available (as it all is!) on line.

On the basis of fbb's "excellent and informative" blog, correspondent Keith, which perchance was in Scunthorpe on "the last day" decided to drive from Scunny to Burringham to photograph the very last Hornsby's route 12.

Imagine his botherment when up drove a CallConnect demand responsive minibus, empty of course, slowed for the stop at its scheduled (?) 0910 ... 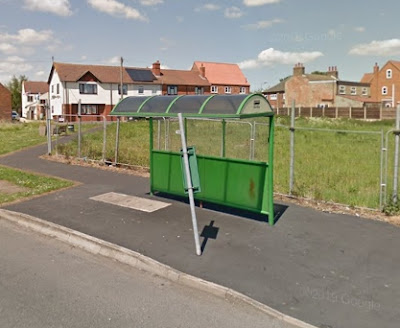 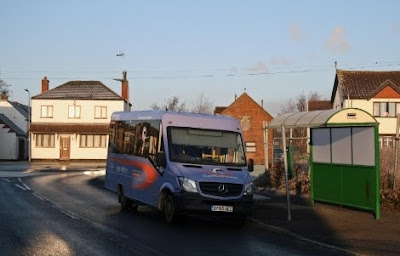 After snapping the minibus, Keith nipped across to see what the stop had to say. It had no "flag" but perhaps the flag-unscrewing team from North Lincolnshire Council had done their work a few days early?

This is what he found in the frame. 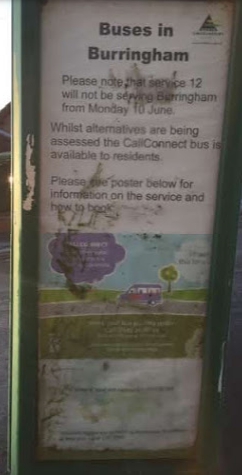 Service 12 ceased, not on Saturday 30th November, but on Saturday 8th June! Keith could read all about the replacement CallConect service - well he could if the frame were clean ... 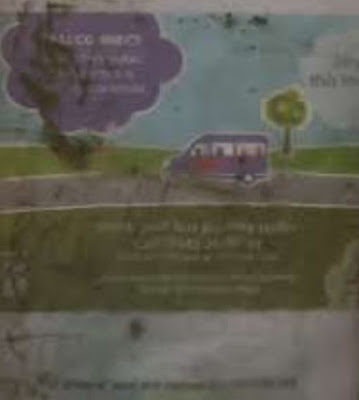 ... and if the notice contained any meaningful information. Another try by fbb on the CallConnect page adulating the extension of the service into North Lincolnshire (a separate local authority) revealed a "map of areas served" ... 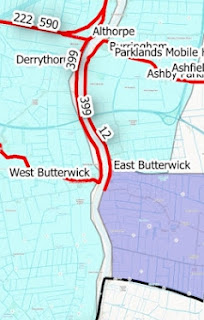 ... dating from 2016 which, of course, shows the 12 to Burrningham and East Butterwick.

Whilst in Scunthorpe Bus Station, Keith visited the Stagecoach enquiry office where "Simplibus" leaflets were available in profusion. These showed an even older and even more out of date service 12. 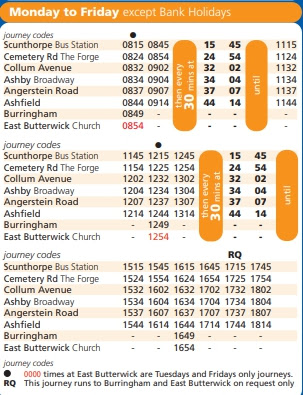 No attempt was made to warn young Keith that what he was collecting was largely useless for Hornsby's services!

And who provided the minibus for the CallNotCollect service. Hornby's of course!

But at least we now know why Traveline couldn't find the buses to East Butterwick as experienced by fbb's recent journey planner searches.

There weren't any; despite Hornsby's and Stagecoach's supposedly in date timetable information! 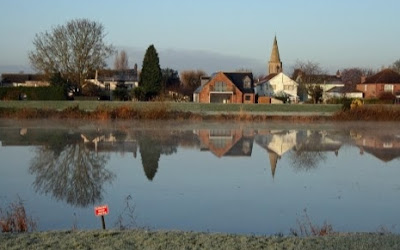 Keith asks, "Why is CallConnect a state secret?" fbb asks "If Call Connect has to be booked in advance, why was the minibus spotted by Keith utterly and completely empty as it sped towards Scunny!

The dedicated and dynamic James Freeman, boss of First in Bristol and the West (but not as far west as Somerset or Cornwall?) is justifiably proud of recent awards at the annual industry mutual back-slapping dinner and knees-up.

Bus company First West of England is celebrating, having won gold and bronze in two categories at the 2019 UK Bus Awards.

The company fought off competition from up and down the country to see its initiative ‘Going for Growth’ take the top spot in the Sustained Marketing Excellence category, sponsored by Global. 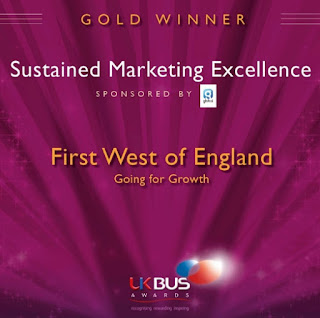 Over the last five years, First Bus in West of England has seen more and more people jump on board its buses bucking the national trend of decreasing bus passengers, despite challenging conditions in Bristol as one of the UK’s most congested cities. The team has focused on simplifying fares, modernising the bus fleet, promoting digital ways to buy tickets and ongoing community engagement. 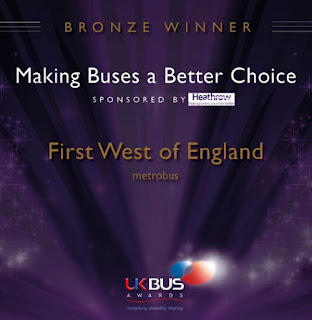 The company’s Metrobus service took the bronze in the Making Buses a Better Choice category, sponsored by Heathrow. The innovative new service has carried more than two million passengers in a little over a year and customer numbers are still growing. It uses guided busways, bus-only bridges and buy-before-you-board technology.

Going for Growth and Metrobus - two of the company's great successes of recent years?

So how is First Bus sharing the celebratory mood with its passengers?

As part of "Going for Growth" the company is reducing the frequency of four major cross-city services.

And as for Metrobus? All three services have frequency reductions from January!

fbb will explain the cuts and review First's on-line explanation in tomorrow's blog.

Transport for London to Northampton?
Sfter the extension of Crossrail/Elisabeth Line (one day!), Northampton correspondent wonters whether something is afoot for services to his home town.

Clsss 315s have been a stalward performer on trains ftrom Shefiled to Liverpool Street taken over by TfL Rail in preparation for Crosssrail. Remember the ones labelled "one"? 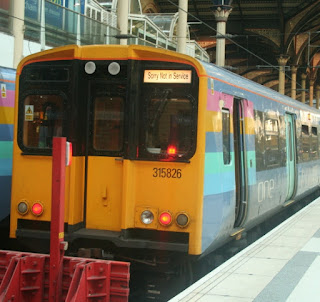 They are now ousted by new class 345s. 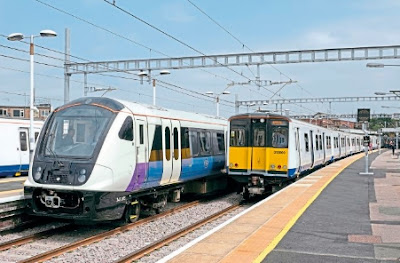 Alan was intrigued to spot an number of the withdrawn units parked at Spencer Bridge sidings just north of Northampton station. 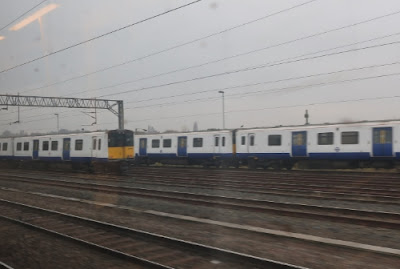 Is there something we should know?

B is for Bible

Much to the surprise of many in today's (so-called) secular world, the Bible is not really very interested in Christmas. Of the 1223 pages in fbb's Good News Bible ... 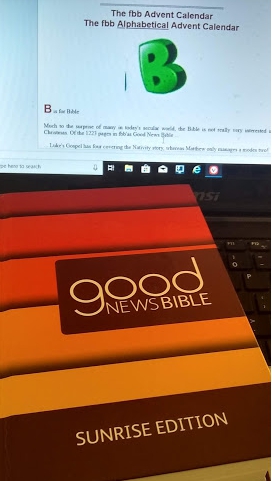 ... Luke's Gospel has four covering the Nativity story, whereas Matthew only manages a modes two! Mark doesn't mention the Birth story at all and John gives us a bit of Theology but no baby Jesus narratives.

And what is more, most of Matthew's version is about an event which took place about TWO YEARS after Mary produced!

We have made an awful splurge out a minor dot in the history of God's relationship with humanity.

We have turned a simple yet profound event into a huge variety show and, in so doing, have almost forgotten what "the event" was.

Of course the Old Testament has visions, prophecies, hints and clues about God's plan for a child, a servant, a saviour, a ruler, even a king. Here is the prophet Micah writing about 700BC ...

The Lord says, “Bethlehem Ephrathah, you are one of the smallest towns in Judah, but out of you I will bring a ruler for Israel, whose family line goes back to ancient times.” 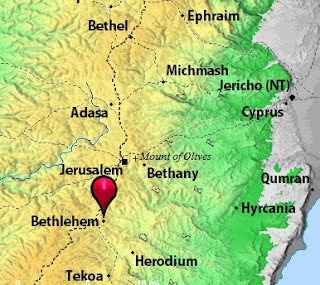