The Consequences of Competition 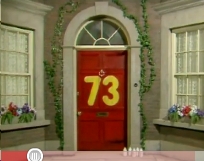 ... where the weekly competition, hosted by ... 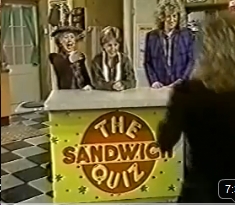 Sandi Toksvig and chums, was the celebrated Sandwich Quiz; here the contestant is a youthful Noddy Holder.  But our number 73 is a bus route! 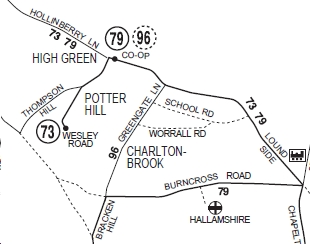 Back in the year dot-and-a-bit Sheffield Transport's service 73 ran from the City Centre via Firth Park and Chapeltown to High Green, terminating at the former hamlet of Potter Hill.  This 1960's route map shows the area. The older cottages ... 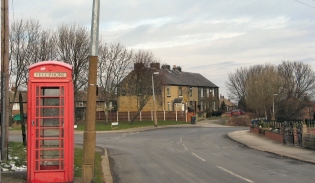 ... were subsequently joined by a huge new estate clustered round "The Fosters" tower block. 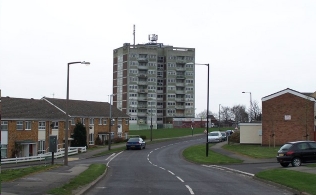 In a series of re-organisations, the former tram replacement City service 75 was extended from Sheffield Lane Top to The Fosters, replacing the 73.   The recent pic below shows a First 75 passing the Salutation Inn, a hostelry in the "original" village of High Green.   The use of the route number 73 ended, for a time. 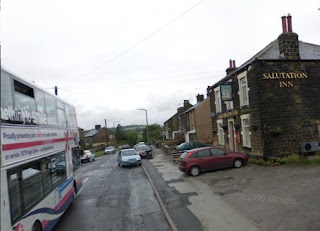 Stagecoach competes on the High Green road with a service 87.   The extract from fbb's big map (view here, warning, it's a big file!) also shows how the area and its public transport have grown over 50 years. 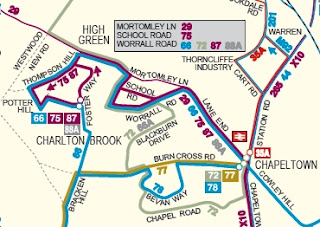 We now move from High Green back into Sheffield's suburbs.

Along comes Stagecoach in aggressive mood in 2010 and starts a brand new service 83 from Bents Green via Southey Green to Ecclesfield.   How does First respond?   To follow the developments, our reader might like to click to open up a larger copy of this fbb map in a separate window (here) and follow the explanation below.

Phase A : First withdraws its long standing frequent route to Shirecliffe in favour of a new service 73 which exactly copies Stagecoach 83 on the northern side of the city.  Services to the Shirecliffe Estate itself were significantly reduced.

Phase B : First withdraws service 73 from Firshill Estate and Longley Avenue West (for Northern General Hospital) to "provide customers with a faster service to and from the City centre".

Phase C : To be implemented from Monday May 9th 2011. First withdraws service 73 from Wordsworth Avenue and Ecclesfield; cutting it short at Margetson Crescent. [pedantry department : the "g" of  Margetson is pronounced as a "j"]  At the same time, and for no obvious reason, Stagecoach changes their 83 at Ecclesfield.  Instead of running round the loop in a clockwise direction, buses now go the other way round.

Who is winning this 73 versus 83 battle?  On the surface it would appear to be Stagecoach; but appearances can be deceptive. IF First are carrying more passengers on the faster route, and they have saved costs by not running all the way to an overbussed Ecclesfield, then they might well be making money whilst Stagecoach is less than profitable.   The general opinion of the  locals is that First has been welel and truly "stuffed" by the opposition.  Only time will tell.

On the other hand, how are First publicising their revised terminus and timetable?   This is from the First Bus web site for Sheffield; an extract from the "Forthcoming Timetables" pages:- 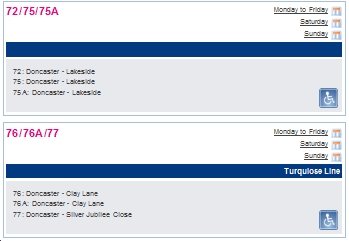 No mention of 73!   Whoops.  Only a week to go before the change.   Double whoops!   Never mind; First are showing lots of "Forthcoming Timetables" that are no different from the current service. Forthnotcoming timetables?   At least customers can rely on the exciting and user friendly Travel South Yorkshire web site. (?) The revised 73 is there.
next blog : due on Monday May 2nd
Posted by fatbusbloke at 03:18