Our loyal reader may remember Hamble as a rather menacing doll on Playschool, replaced my a more benign Poppy in the later years of this excellent programme.  (above, Hamble, bottom right)   But we are going to Hamble geographically, situated on the eponymous river, roughly half way between Portsmouth and Southampton.

So how does fbb's favourite journey planner, Traveline, get you from Warsash on the right bank to Hamble on the left.   With some pain and strain... 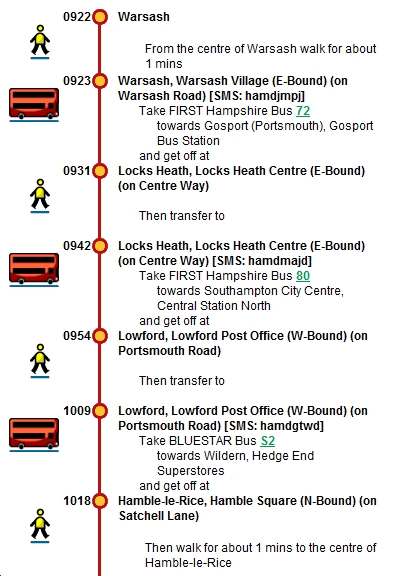 Although we taxpayers spend countless millions on local authority and government sponsored journey planners (£50 million on Transport Defunct alone), the chappies who make them work simply find themselves unable to  cope with anything a bit "out of the ordinary".
What does xephos offer?

A ferry no less - a service that for many years has offered a crossing of the Hamble river seven days a week throughout the year.

It runs "on request", i.e. you stand on the jetty and wave across to the man who put-puts across in his boat and fetches you.    It is this low tech journey that the high tech computer geeks employed by H M Government et al cannot fathom.   [fbb thinks "al" has retired recently: pathetic non-funny funny!] 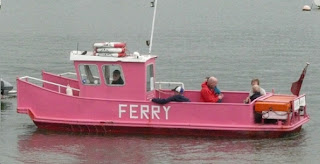 The boats used are painted a rather lurid pink and offer little protection from the Hampshire monsoons but the service is reliable and heaps cheaper than the 5 mile round trip by bus.  Even if the company can't spell "Ferries".  Take a half hour detention.

It is touchingly sad that all the millions expended on journey planning software cannot emulate the simple and accurate information that the humble but commercially failed xephos COULD provide for a tiny fraction of your money and mine.  But Governments seem to love spending too much money on non-working IT systems; it must be a particular skill they learn in the musty corridors of power!

The recent news that the Super Computer System to handle NHS patient records will never work, and has cost you and me billions so far, is equally depressing.
fbb has fond memories of his trip on the ferry accompanied by a chum who, possibly, did not believe such a service existed.   It was on Thursday 22nd November 1990.   What amazing powers of memory allow fbb to recall the date with such precision?   Well now... 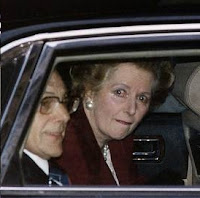 ...that was the very day Margaret Thatcher resigned as PM.   On balance the Hamble ferry trip was more entertaining!   Back then, however, the ferry wasn't pink, as was the emotional face of the deposed Maggie.