... and the most tenuous is Hythe in Somerset, a mile south of Cheddar, of cheese and caves fame.   The best we can do here is the former Bristol and Exeter Railway line between Clevedon Road and Wells.   Here the Yeo river and railway were bridged by the A371. 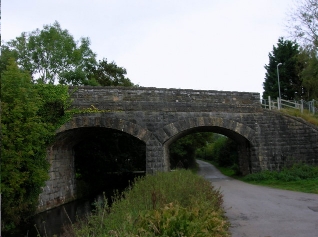 A better railway "connection" is at Hythe, Colchester.   This former harbour area of the Essex town is close to the main railway to Clacton where the current "commuter" station is located. 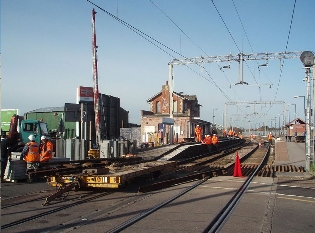 Hythe Surrey is thought of as part of Egham.   The railway via Virginia Water crosses Hythe's Thorpe Road at this level crossing, usually much, much busier than shown here:- 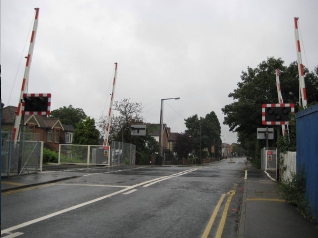 None of these three is stunningly fascinating, but things get better at Hythe Kent ... 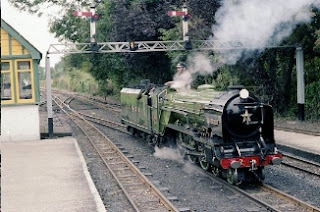 ... where we find at station on the narrow gauge Romney Hythe and Dymchurch Railway.   Opened in 1927 and the brain-child of Captain Jack Howey the line has had a chequered history.   It nearly failed completely in the early 60s, suffering from poor maintenance and a desperate need for new investment.   One of the more eclectic bits of RHDR history is the military armoured train, built to repel invaders during World War II. 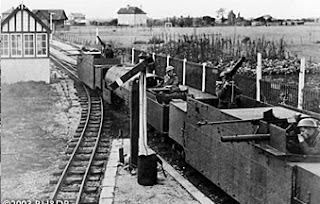 The line survived after two changes of ownership and nowadays is a hugely successful tourist line with a limited service running throughout the year.

Which brings us to the final Hythe, located on Southampton Water 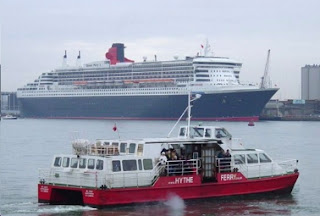 and linked to the City by a 30 minute frequency ferry. 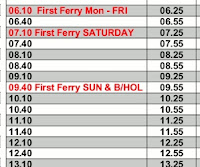 But fbb referred to a railway connection, and this one still runs! Surely, the railway historians will cry, the railway at Hythe Hants closed in 1966 ... 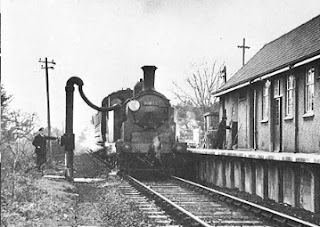 ... and, indeed it did. It was the intermediate station on the branch from Totton to Fawley. But there is another, still working but little known, railway which runs from the main square of the town along a lengthy pier to meet the ferries. 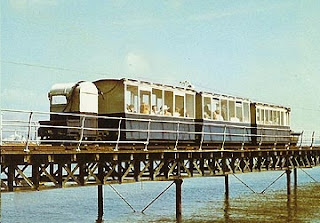 It looks somewhat "amateur" (the "engine", with its minuscule cab, propels the three carriages down the pier) but works reliably summer and winter. It is by far the most interesting piece of railway trivia at any of the five Hythes.  fbb highly recommends a visit to Hythe number five.