In a post-appointment interview Giles Fearnley, big cheese of First's buses, stated that he would not rule out disposals and acquisitions where appropriate.  Almost immediately came the sale of the ragged remnants of First's former Kings Lynn network to Norfolk Green [NG].

Founded in 1996, NG has grown steadily under the leadership of Ben Colson, an ex Stagecoach manager. 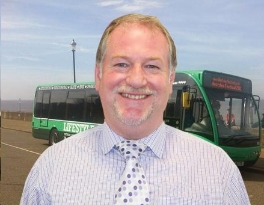 The company has specialised in taking existing services, often on tender, and developing them with enhanced frequencies and improved vehicles into viable and successful commerecial routes. Its "star" project is the Norfolk "Coasthopper" running from Kings Lynn via the Norfolk coast to Cromer with occasional journeys extended to Norwich. 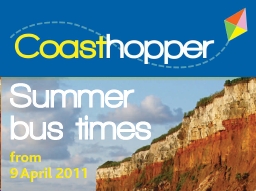 The peak summer service in June, July and August is every 30 minutes between Hunstanton and Cromer; this is a huge increase in a service which barely existed 20 years ago. 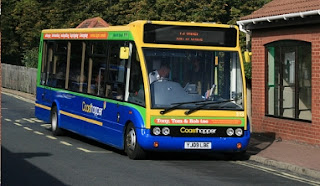 The sale was of First's "Lynn" operation was announced on Friday 15th April and less than a fortnight later the revised timetables were available on-line; nearly seven weeks before the changeover on 12th June.  A rather crude fbb diagram will help those unfamiliar with the area to follow what will happen. 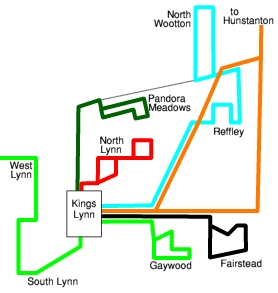 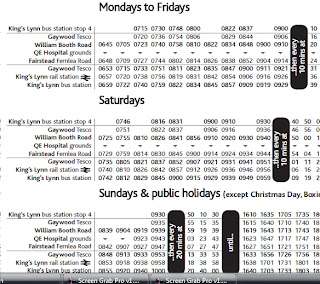 click on the image to enlarge
and "North Lynn Too" (every 30 mins).   First's Reffley and North Wootton route 43 becomes NG's "North Wootton Three" (every 20 mins) and incorporates the tendered evening journeys already operated by NG. These frequencies are very impressive for a small town.
Pandora Four is unchanged and the NG's hourly "Gaywood Five" will incorporate First's 55 to West Lynn under the revised name of "Crosstown Five"
Finally the existing 40/41 group of routes to Hunstanton become NG's 10 and 11 and retains a frequency of three buses an  hour.   Other rural NG services are unchanged. 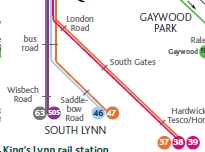 The worthy residents of Kings Lynn will surely appreciate the improved quality and the friendly local service which First seemed unable to provide.

NG have promised printed material in good time and improvements to bus stop information; they will deliver! The sell-off perhaps recognises that a smaller locally owned company can, and does, do a better job than a huge national conglomerate.  Maybe a recipe to be adopted as part of First's more felicitous future?

One particular goody from Norfolk Green is their fares calculator.   Type in service number, journey and ticket type ...

... and instantly your fare appears.

Question.   Is this the ONLY bus company to publish all its fares on-line?  fbb thinks so, but someone may know better.  Either way this is surely a lesson, not just to the outgoing First, but to all bus companies.   Come clean, chaps, and tell us what readies you require for a ride.
Mind you, there's much for First to do elsewhere.   Its South Yorkshire web site omitted the revised Sheffield service 73 until a day or two before the change, despite the omission having been queried earlier by an fbb email; an email which never elicited a reply! The Travel South Yorkshire version appeared weeks previously. Norfolk Green would never have allowed that to happen.