But first; Alan, the chum who travelled, twentyone years ago, with fbb on the Hamble Ferry (read again), has sent this snap of fbb, with brown (rather than white!) hair, about to pay the ferryman (and his dog) on that fateful and historic day. 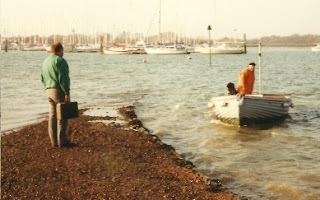 Back to today's blog. 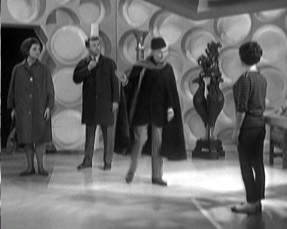 
The Swinging Sixties!   But, sadly, fbb2b never swung.  Instead he indulged in the rich pleasures of exploring his newly adopted home City of Sheffield by bus.   And the sixties marked a major innovation in the world of bus and train, namely the introduction to the public of the 24 hour clock. 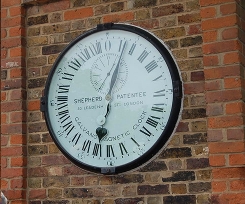 Charles Shepherd's  linked electronic clock system, built in 1852, was of the 24 hour variety but with Roman numerals, as above at Greenwich!   The great Wikipedia reports that the Radio Times went "24 hour" in 1934 but changed back after five months of vehement public protest.
Before the swinging sixties, bus timetables looked like this:- 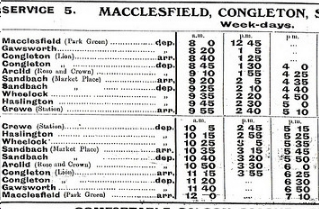 But the newly formed National Bus Company instituted a standard country-wide timetable design, utilising, not only the 24 hour clock, but the "hot cross bun" symbol for school services.

The system was followed closely by the Scottish Bus Group ...

... and even some municipal operators, Sheffield Transport in May 1965, for example.   A few bus companies still hold on to am and pm in 2011, most notable being Peter Shipp's East Yorkshire. 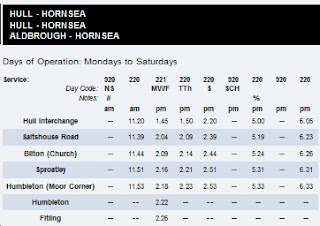 We Brits don't like change, so after nearly half a century of 24 hour clock usage some still maintain that they cannot understand it.  It is taught in schools, it is the default on all computers and most electronic equipment, like video recorders.   So what's the problem?

Even railway announcements can compound misunderstanding; this heard by fbb on a recent trip.

"This is the 1430 from Birmingham New Street ... due to arrive in Sheffield at a quarter to four"!

The 12 hour clock may be familiar but it is highly illogical.  For pm we count hours after noon (post meridiem), but in he morning we are actually counting hours after midnight but labelling them before midday (ante meridiem).

And what a pickle we get into with midday and midnight?    12pm (12 hours after noon) is midnight;  but then what is 12am?   12 hours before noon, ie. midnight?  Even more confusingly, in fbb's "O" level German, "halb acht" (literally "half eight") meant half past seven, i.e. half way through the eighth hour. 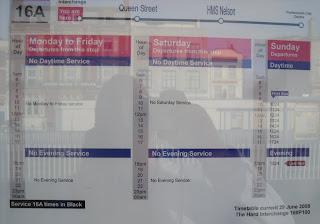 So what about these beauties, spotted on bus departure displays in both Portsmouth and Southampton?  fbb reckons that someone's sold them the same dodgy software.

"It's the old people who cannot manage," cry the 12 hour afficionados. fbb is 66 and has been using the 24 hour clock without failure or fault since the mid sixties.  And if you really want to go back to timetables like this, from Liverpool in the 50s ... 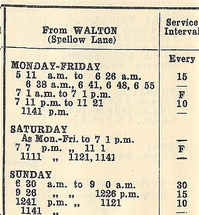 Three cheers, no, four cheers for the 24 hour clock!   And let's use it consistently and correctly.   Maybe now is time for a campaign to bring it back to radio and tv listings; so that fbb doesn't get confused in his old age and try to watch Dr Who at half past 6 o'clock in the morning, am!

This blog was completed (in advance) at 12 minutes past four pm in the afternoon, that's 1612 in ther new money.