... or, Somebody's Pinched a Brewery!


A chum from Brum telephones, expressing concern about inconsistency of public transport information in the West Midlands. Shock horror!  Can it be true?   If it was South Yorkshire, yes; but  in Beautiful Birmingham, surely not.  Cue for an fbb investigation. 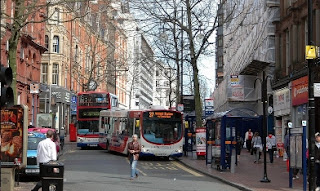 Four bus routes make their way from Corporation Street in the centre of the City along the Dudley Road towards Smethwick.  According to their timetables, they all run together to Cape Hill, as here with service 87. 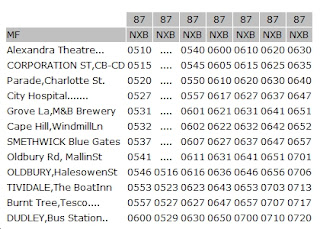 It's first "timing point"  is Parade Charlotte Street which is just beyond the Paradise Circus area.   At the opposite end of Charlotte Street at its junction with Newhall Street is a magnificent Victorian Pub, "The Queens Arms", once part of the Mitchells and Butlers brewery group. The significance of M & B will be apparent later. 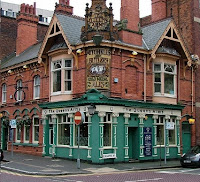 Service 89 is also timed at the Parade, but, surprisingly, services 81 and 82

do not have this particular temporal restriction in their schedule.  Inconsistency Number 1.   An extract from the excellent Network West Midlands (formally Centro, formally West Midlands PTE) route map will help. 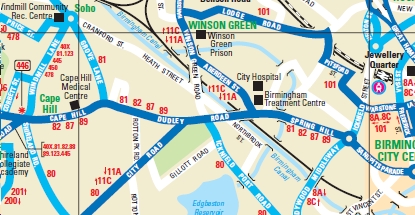 The Parade is located under the the green "CITY" on the right.  All services then proceed via Spring Hill to call at the Birmingham City Hospital, shown as a "timing point" on all four tables. 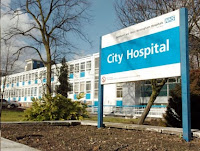 The next timing point for the 82, 87 and 89 is Grove Lane M&B brewery. Now that presents a snag or two! Firstly, the buses do not run via Grove Lane and do not stop on Grove Lane; but, more importantly, as the alert traveller gazes in awe through the window at the beautiful Birmingham scenery, he may look out for the supposedly obvious brewery. 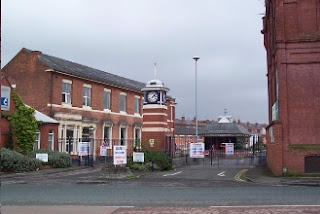 It ain't there, as they say.  It's gorn, vanished, evaporated, whisked away like Dr Who's Tardis; it is a late brewery.   Somebody's pinched it!

Mitchells and Butlers merged with Bass and then became part of the Coors empire.   The Cape Hill brewery was closed in 2002 when brewing was transferred to Burton upon Trent; the site has been progressively developed for housing since.  All that remains now is the building behind the clock tower and M & B's war memorial (seen below in the trees).

So a massive inconsistency No 2 - only 9 years out of date!

But what of poor service 81?  The timetable doesn't mention the brewery.   Has some clerk at Network West Midlands corrected the missing brewery error?  No! 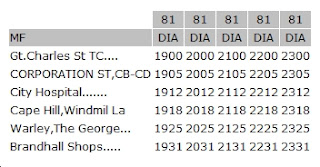 The 81, an evenings and Sundays "top-up" service, doesn't actually call at the ex-brewery stops because it, uniquely, does run via Grove Lane to serve Soho.  The timetable doesn't tell you that; which is a pity, because Soho is one of the reasons the route exists. Inconsistency No 3.  81 buses rejoin the group (briefly) at the Cape Hill Windmill Lane junction (but with one "l" if you are an 81!), one of the busiest shopping areas of Smethwick. 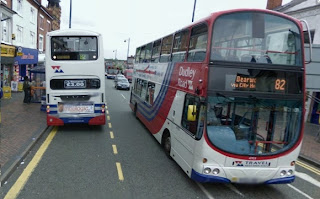 From here the four services split. The 87 follows the main road to Dudley, The 89 diverts via Londonderry before calling back at Smethwick and trundling on to Oldbury. 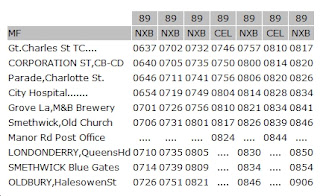 Unhelpfully, the inexperienced Smethwick passenger would have to peruse the map to realise that the 89 follows a significantly different route from the 87 between Smethwick and Oldbury; no intermediate timing point is given for the 89 although we are told of the 87's time at Oldbury Road.  Inconsistency No 4.

The 82, a very long-standing Birmingham route, turns south and terminates at Bearwood.

The oddity 81 mirrors the 445 from Soho, wiggling through Warley and terminating at Brandhall, so why isn't the 81 numbered something like the 445?   Probably a decision lost in the murky mists of history. Inconsistency No 5.

So, in the West Midlands as elsewhere, what can we conclude?   Do the compilers of timetables ever think how their passengers may react to the information given?  Does anyone at HQ know that the M&B brewery closed 9 years ago?  Would more people use public transport if it were easier to understand?

The prize for correct answers is a bottle of Birmingham sterilised milk, complete with crown cap; a disappearing delectation peculiar to that city.   Yummy yummy?

Incidentally, it would appear that these routes do not all follow the same route back into the City Centre. But which way they go, and how you might discern this important detail, must remain undiscussed until a subsequent blog.   Bet you can't wait!