Which way do they go?  Where do they stop?

Yet more updates in a rapidly changing scenario :

Buses with Ducks
(War in West Melton - Update : read again).  fbb has been informed that MOST service 22 buses are adorned with yellow ducks, or at least they were by the end of the first week of operation.  That's better!

Back to the blog.


Whilst investigating the unexplained disappearance of Cape Hill brewery on the way to Smethwick (read again), fbb was somewhat perplexed by the routes of buses towards the City Centre.   The 89 timetable shows this ... 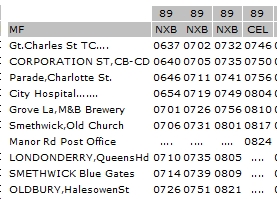 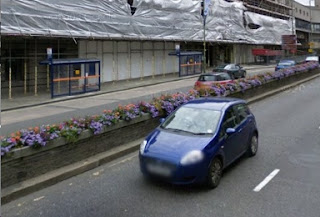 But the service 82 timetable shows this ... 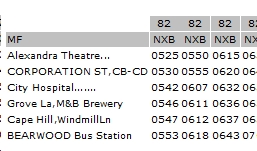 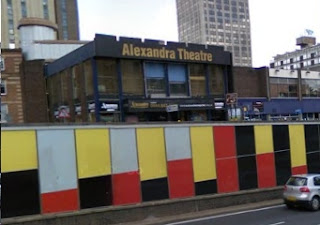 Hopefully there's a slip road above the multicolored retaining wall on Suffolk Street; fbb would be disinclined to grab ropes and pitons after alighting from the bus!   It does not take much brain, however, to realise that these are NOT the same place.
So, off to the helpful Network West Midlands (formerly Centro, formerly West Midlands PTE) web site. And, potential deep joy, there is a city centre map to download. 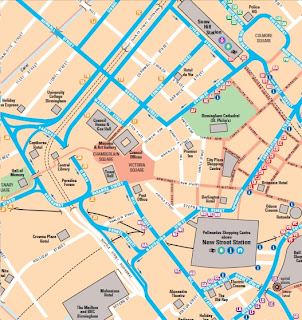 click on the image to get a readable version
But it is about as much use as a solar powered torch; it gives little letter groups for each stop but doesn't tell you what stops there.
If you are very determined, or very lucky, you might scroll down to the bottom of any timetable display and get a huge list of, well, fbb isn't sure what, exactly.  Here for the 82:- 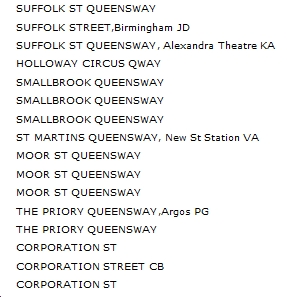 Three "Smallbrook Queensways", three "Moor Street Queensways"? Does the poor 82 whizz backwards and forwards along these thoroughfares like a weaving loom shuttle?

Another touch of CGD?**

But wait, some of the names have little letter groups which MIGHT just match those on the city centre maps.   IF they do, and if fbb's hours of patient research are correct, then the bus routes from Cape Hill through the City (and their stops) are shown on the fbb cartographic creation below. 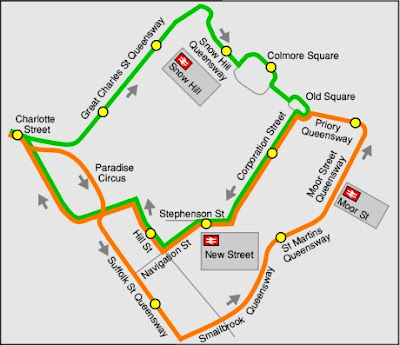 Green is the route of the 81 and 89, orange is the 82 and 87 and the yellow blobs are most of the stops.  So now you know.   So the 82 stops outside New Street Station (the low building in the near background) on St Martins Queensway ... 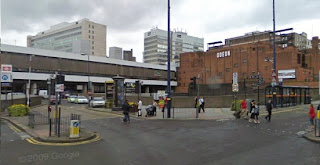 ... and again on Stephenson Street on the other side of the station where the entrance is from the gallery above the bus. 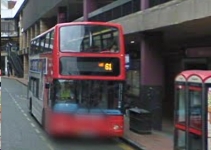 It's all pretty straightforward when you know but, yet again, fiendishly difficult if you are a brave Brummy beginner.  Network West Midlands could help enormously by commissioning a city centre route map for each separate service; fbb's fees are modest!
One final thought.  If the best stops for New Street Station are on St Martins Queensway or Stephenson Street, the why does traveline tell you walk an unnecessary 6 extra minutes to stops (without shelter) on Hill Street? 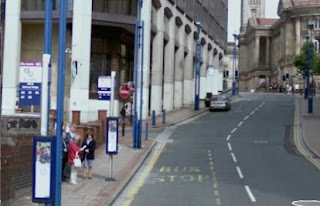 And here's a typical schedule as an example ... 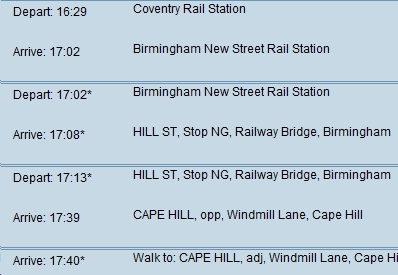