fbb is greatly indebted to blog reader Paul Davies who moved to Bristol in 1992 and has suggested this series of blogs and has supplied much of the detailed information about the current time tabular tribulations, as we shall see. 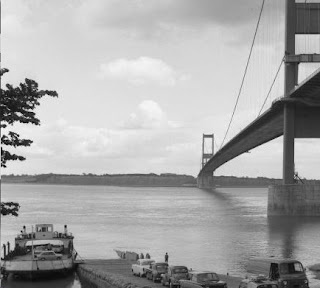 But on 8th September 1966, HM The Queen opened the second Severn Bridge and the Ferry between Aust and Beachley ceased to ply the treacherous tidal waters (see yesterday's blog : read again).
Paul sent a copy of the bus route renumbering scheme instituted by Bristol Omnibuses at few days later on a Sunday ... 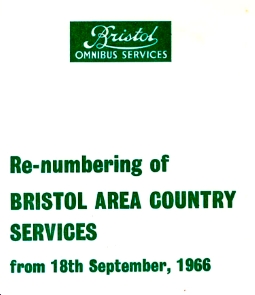 The service was jointly run by Bristol Omnibuses with Red and White. RC169 writes:-

"The 300 was a stopping service that ran every hour, and took over the work of the old established R&W Cardiff-Gloucester service as far as Chepstow, while the 301 was a fast limited stop service which ran non-stop between the Bristol suburb of Westbury-on-Trym and Newport Bus Station."

An example of service 300 is seen here in Cardiff bus station. Vehicle GAX 6C, fleet number R665,  was registered in 1965 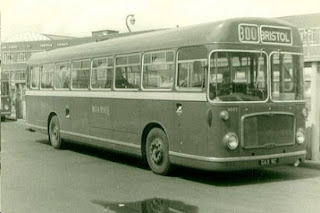 In 1969, the operators became part of the huge National Bus Company [NBC].


fbb hopes that his blog reader "RC169" recognises "his" bus, but not with his earlier bog-pseudonym fleet number. 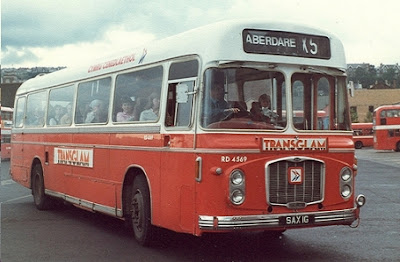 Postscript : RC169 slipped out of anonymity to send yesterday's "Intermission" from the Swiss Railways' journey planner and kindly also agreed to supply an earlier pic of "his" bus showing its original RC169 fleet number. 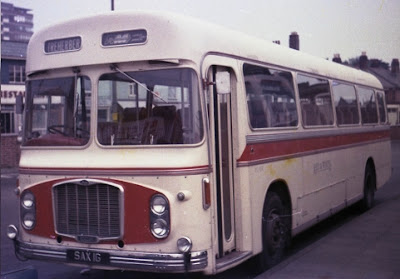 RC169 (the person) comments that this vehicle will have crossed the "second" Severn bridge on many many occasions.

In 1978 Red and White was merged with Western Welsh to form National Welsh and the new company was privatised in 1988. 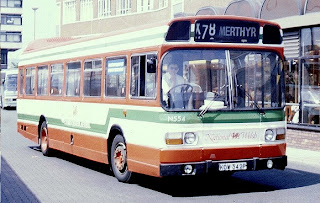 Route numbers 300 and 301 cleverly fitted in with the Bristol area scheme but also had a touch of National Express in due course, although never part of that network. 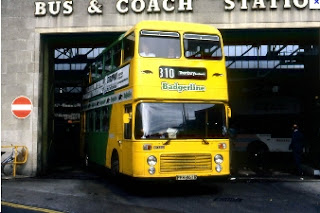 By the late 90s the route had, according to the Great Britain Bus Timetable, become the X74, advertised jointly with the stopping services 64 and 74 between Newport and Chepstow. As an aside, South Wales Transport was running through coaches between Swansea, Cardiff and Bristol as service 302.

Paul Davies can find no record of an X74 at the Bristol end (thanks for your efforts, Paul); so, either the GBBTT was wrong, or Red and White called it X74 and Bristol called it X14. After all a "1" looks a bit like a "7" through a dirty piece of glass! We eagerly await an explanatory comment. 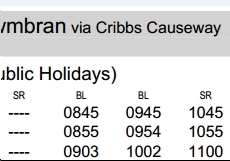 Despite the fact that all the operators' older names have long since been consigned to the used ticket bin of history, the current Bristol area timetable information web site has not quite caught up, showing the buses as run by BL (Badgerline) and SR (Stagecoach Red and White).  To be fair, the explanatory notes do give the correct titles! 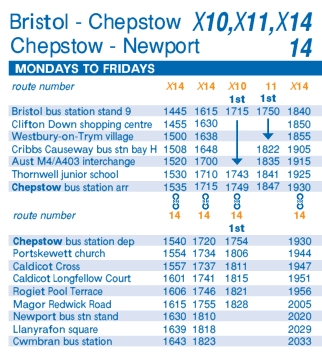 X10/X11/X14 timetable extract
fbb has failed to copy the "X" of X11
fbb does not have an exact date for the change from 300 and 301 to X14 (possibly via X74?), the present-day number, but buses still  run every hour to Newport (no longer any through service to Cardiff but with Stagecoach journeys continuing to Cwmbran, their main depot in the area) and there are still peak hour route variations, numbered X10 and X11 similar to that noted as "A" on the X74 table above.

Current information on this group of routes is available from many different sources; and it to these that we must address ourselves, starting tomorrow.

As might be expected, it's not a pretty sight!

Meanwhile, here is an X10 in a version of National Bus Company stripey coach livery, pictured about 30 years ago in Cardiff bus station. 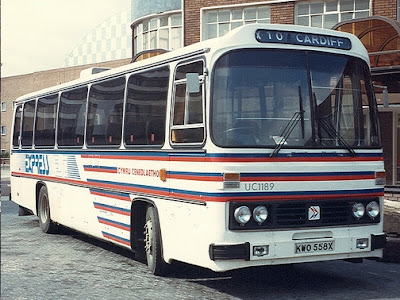 Next Blog : due Wednesday March 21st
Posted by fatbusbloke at 07:12