fbb was alerted to this story by his blog-reading chum, Alan, who lives just round the corner. Alan is a bit of a "car connoisseur" and subscribes to several magazine on this richly rewarding topic. In "Auto Express" ...

... this snippet appeared, clearly worthy of an fbb investigation. See Salutation Shelter Stupidity Part One (read again). The shelter pictured above (and in the "Metro" article) ... 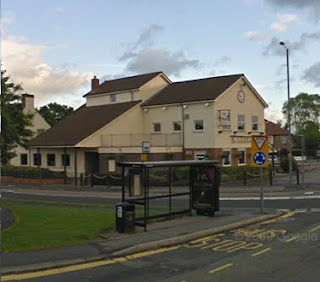 ... is on High Carr Road outbound from Durham Centre and opposite the well-known Salutation Inn. Front Street is the old A1, replaced to the east by the A1(M) and to the west by a new by-passing A167, shown dotted. 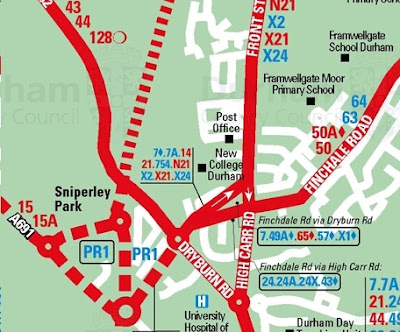 The Salutation Inn is at the junction of High Carr Road and Finchale Road. The shelter pictured above is served by loadsa buses including Arriva's ten minute frequency 63 and 64 ...

... which turn right after using that stop. So there is a route, and you would have to wait much less than 10 minutes before something trundled by. 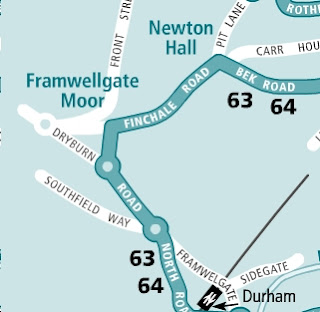 So WRONG, Metro and WRONG, Auto Express! Presumably these two noble periodicals, not wanting to buy copies of photos from other newspapers, just guessed, and guessed WRONGly! 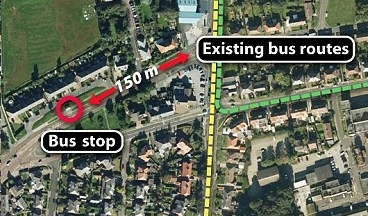 Likewise the map in the "Mail On-line" shows this stop, on St Cuthberts Avenue ... 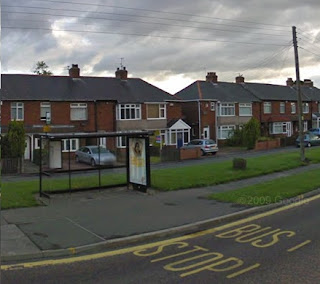 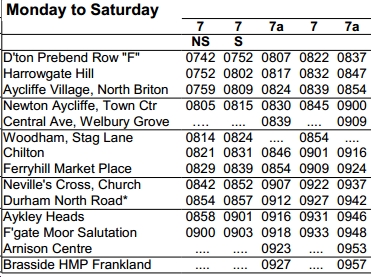 So, Mail On-line, your map is WRONG, utterly. Buses do serve this stop.
"But, fbb," we hear you cry, "you told us yesterday that there was a bus shelter building bludner at Framwellgate Moor. So where is it?" 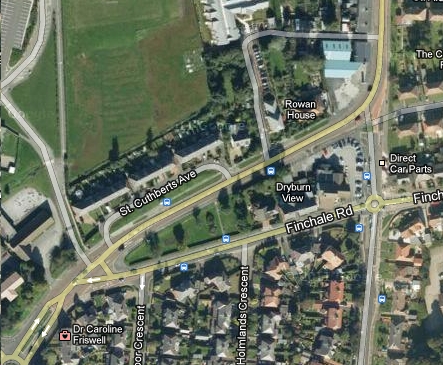 Good question! Google Maps, albeit substantially out-of-date, offers us a possible seven locations which might be loosely classed as "near the Salutation Inn". And, innocently, the "Mail" article gives us a clue.
"Valerie Richardson, a Framwellgate Moor resident, said: "How kind of Durham County Council to replace the old brick bus stop... with a nice bright glass one complete with rubbish bin and timetable board."
And here it is, that "old brick bus stop" shown just above "Dryburn View" on the map above. 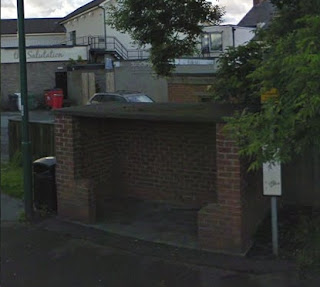 Note, for future reference, the white building in the background with its metal fire escape, actually a bit of the Salutation Inn. But, clever and informed reader, you may ask, "Surely that is on the service 7 and 7A route on St Cuthberts Avenue but on the opposite side of the road?"
Indeed it is. But the highly esteemed road management people from Durham have closed off a bit of road, built a "bus gate" and condemned buses to a one-way route! 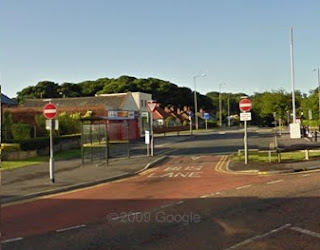 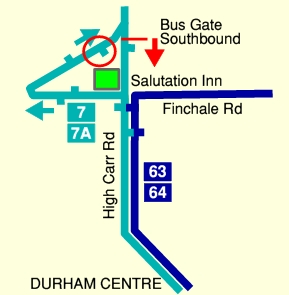 The bit of Front Street passing the Salutation Inn on its left is now a dead end; buses, however, can still travel via their special "gate", but southbound only, serving an inwards stop just past the junction and barely 50 metres from the "wrong 'un". So, news-hounds, WRONG again! Which makes the circled stop redundant and scheduled for demolition NOT replacement.

Just a misunderstanding chaps, says the Council, apologetically. An error anyone can make, mistaking "demolition" for "replacement", the words are so much alike.
The last word (almost) must go to the (unnamed) author of the Metro article who, unknowlingly, has broken some shock news about a bus industry take-over. The new bus company in Durham is the former Norwich Union Insurance Company, now branded AVIVA!


"The council blamed the error on a misunderstanding between it and bus company Aviva; despite claims they were informed the renewed stop was no longer in use before it was erected." 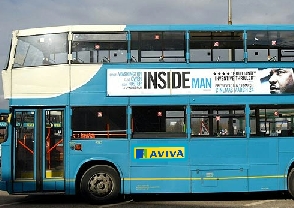 But the very last word, in mitigation, is a small bonus for The Mail On-line. Despite getting almost  everything else wrong, they did manage to find, and photograph, the right bus stop; notice the fire escape in the background. 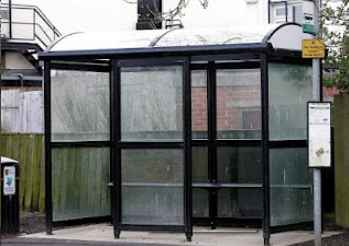 Actually, we suppose, it's now a very wrong bus stop! The motto must be:- NEVER, repeat NEVER, believe what you read in the papers!!

P.S. NMcB (in a comment on yesterdays blog) was beginning to reveal some of fbb's conclusions by repeating the old man's research, so that's why a bit of his commenting was deleted. But thanks, NMcB, for your interest!

And it definitely isn't an "Adshel"

Next Blog : due Monday March 5th