What Journey Planners DON'T tell you ...


fbb had a little travel problem last week. Mrs fbb was at a Bible Study and Prayer "retreat" in a hotel in Shanklin; very pleasant with excellent servce from the Christian owner (Hotel web site here : fbb was invited to enjoy "cream tea on arrival" although he was not staying!). So it was that on the Thursday, fbb was required to deliver the car to the hotel ... 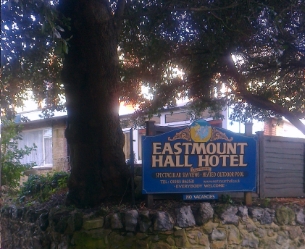 ... and return homewards by public transport. Thus Mrs fbb could use the limo to take some of her fellow guests to the Station.
So what might the quickest way back be? 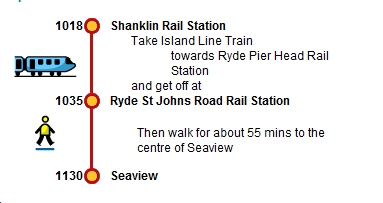 Because Hampshire is in the Traveline West area, is it easy to misread the map and seek Island enquiries from this source. Not the best journey plan, is it?
Traveline South East offers the more sensible option ... 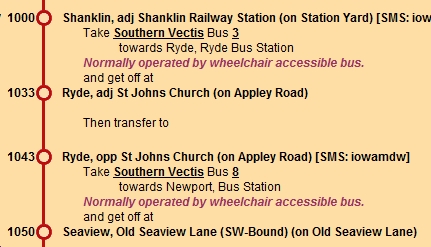 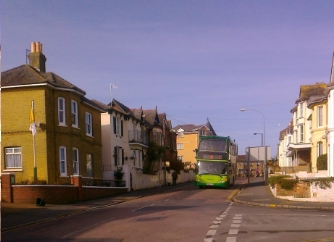 ... which would mean a missed connection in Ryde with the hourly service 8; and an even longer travel time (one hour and fifty minutes) for this particular 8 mile journey.
But, as Chris Tarrant would say on "Millionaire"...

... "we don't want to give you that." There is a better, quicker way which the journey planners don't tell you. But a "man who does" might, no, would, be able to advise you. 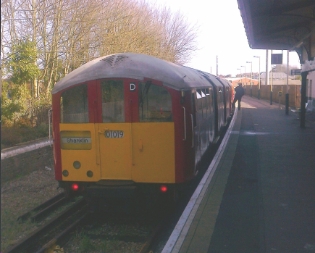 Catch the train at 1018 from Shanklin Station, alighting at Ryde St Johns Road Station at 1035. 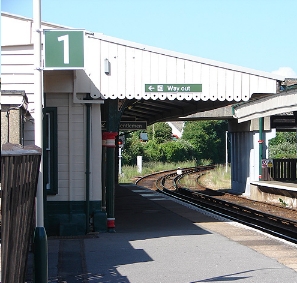 Meanwhile the hourly Service 8 to Seaview is just pulling out of Ryde Bus Station about half a mile away. So simply spring across the road, observing the sign which dates from the day when St Johns Road was a terminus. And, almost instantly, the bus arrives ... 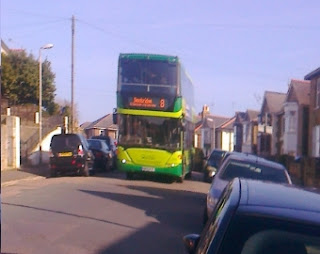 Thirty two minutes, stop-to-stop!
Because Island Line is the most reliable train service in the country (it ought to be, running a maximum of two trains at a time!) the tight connection is totally realistic. If, by any horrific chance, it were to fail there are two possibilities. There are five buses an hour from St John's Road to the bus station to catch the next service 8.

The next train northwards is only 20 minutes away. Island Line runs two trains an hour spaced at 20 and 40 minutes because when the track was "rationalised" (trimmed to the bone) it was to allow for a 20 minute frequency. The layont of passing places makes a simple "every 30" impossible. 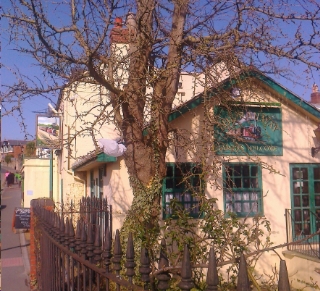 Of course, you could, at one time, visit the local hostelry, the "Railway"; recently closed, recently re-opened ...

... before that for sale and still on the market, before that closed, before that the "Frog and Firkin" (or was it "Slug and Lettuce", the "Chair and Sleeper"?) and before that, the "Railway". When fbb passed by it was ...

... closed.
Before the TUC** writes in to tell all, fbb is fully aware that a connection in, effectively, zero time is beyond the wit of journey planners and rightly so. But, and this is the point, it is not beyond the wit of a local telephone enquiry service.

Which technology would encourage folk to travel with contented confidence; a mindless computer or a very nice man (or lady, of course) at the end of a local phone line?

And which is more likely to increase revenue for the bus company?

Next Blog : due Friday March 16th
Posted by fatbusbloke at 02:25