It's only easy when you know. 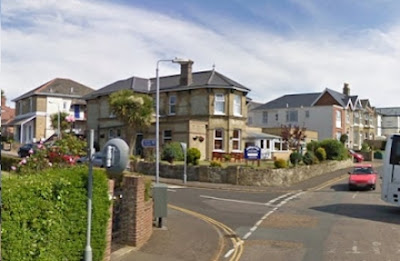 Queens Road, in Shanklin, is, like, Hotelsville, man! It lies on top of Shanklin Cliff, linked to the beach by the Cliff Lift. 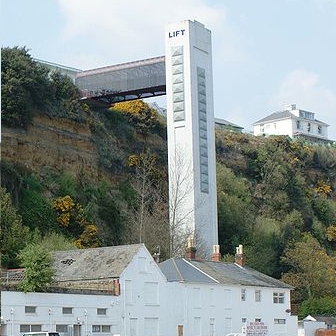 What Queens Road doesn't have, however, is a bus service that goes anywhere useful. The "Shanklin Steamer" (see "The Pony Goes Completely Dotto" : read again) which does go that way is classed as a Tourist Service so old crusty "senior" passes are not valid; which, frankly, excludes most guests in the hotels! 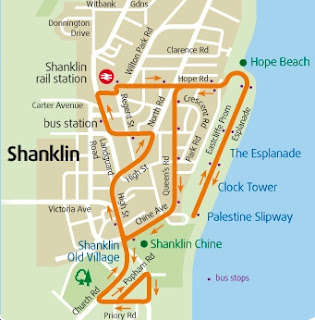 And even if you were happy to shell out £2.50 for a few stops, it's not very frequent either!

Every 30 minutes from 1010 to 1410 with gap for nammet**. And, according to local observers, running around empty. Southern Vectis seem disappointed that Shanklin residents and visitors alike are less than keen to be frozen and pay for the privilege. When fbb was there on a mild (ish) March day ... 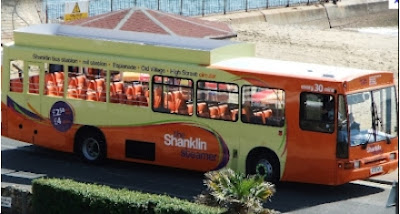 ... the "hole-in-the-roof" Steamer, ostensibly running seven days a week throughout the winter, ... 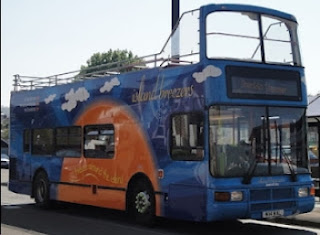 ... was replaced by a big "proper" open top - equally empty.

So, eschewing rip-off toplessness from Queens Road, you might set off on foot to find a normal bus, any bus.
And there are lots of signs ... 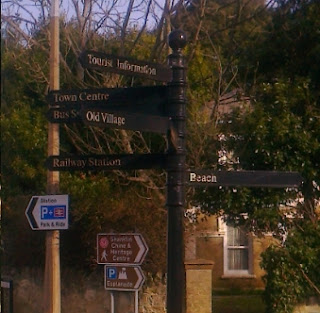 ... including ones to Town Centre and bus station, pointing due west up Atherley Road. That's not the way fbb would go, or any "normal" Shanklin resident. Indeed, on arrival at the top of Atherley Road, there is another set of signs ... 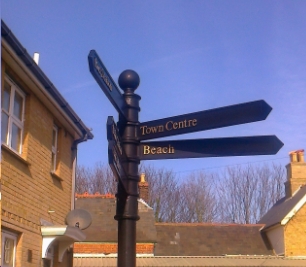 ... with the route to "Town Centre" back down Atherley Road to where you started.


No matter, we are going to the bus station which isn't that way either and there isn't a bus station anyway. 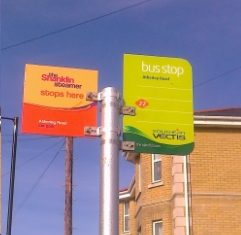 No matter, because immediately we find a stop for the "Steamer" and service 22. But there is no timetable in the frame for the 22.
No matter. Only two journeys call there on their way down to the Esplanade. Not much use. 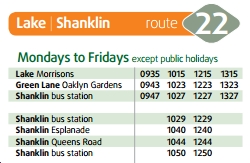 So we continue westwards along Atherley Road; but alas this once well-endowed bus stop ... 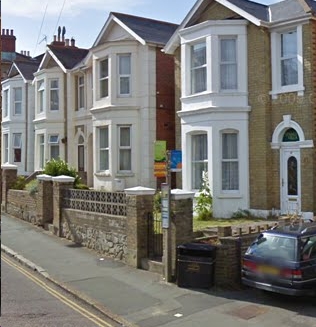 ... familiar to many Shanklin residents, is now just a bare and unadorned pole; not even a notice directing potential passengers elsewhere. So the untrained might assume that no buses go that way. fbb confesses that it even made him do a double take. 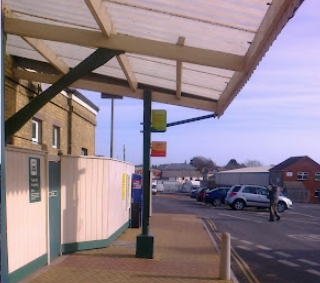 In fact, the buses that used to stop at the top of Atherley Road now run into the station yard; which is much better, but it would be nice to be told. 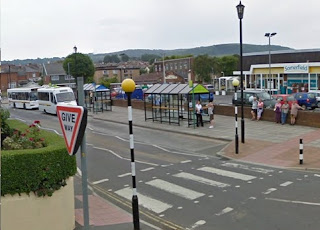 But, eventually, a determined traveller will find the non bus station but, sadly, will be highly unlikely to find anywhere to obtain a timetable. Shanklin did once have a lovely bus station ... 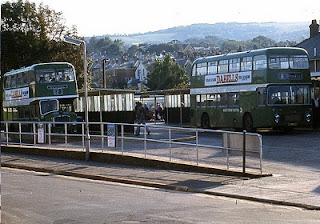 ... with toilets, a caff and an enquiry office. Now there are none.

No matter, next time you had better bring the car.

My mother still lives on the IW and I flew over to visit her last month and took the car ferry from Portsmouth to Fishbourne. Once again I was staggered at the high cost of the ferry. I paid £86 for a round trip. How can Wightlink justify such incredibly high prices?

I find it astounding I can find a cheap car deal on line from here in the US and then have to spend nearly half the cost again on a half-hour ferry ride once I get to Portsmouth. You could fly to Spain for less. I wonder how tourism on the IW has suffered in recent years due to the high cost of the ferry. 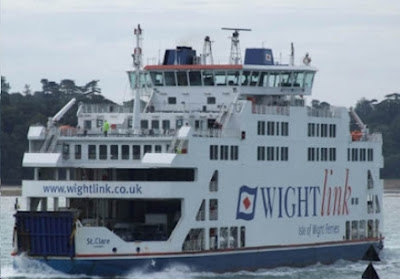 Or visit somewhere nice on the mainland? The letter extract quoted above was to the Island's newspaper written in 1985.

It really isn't easy unless you know!


Of course, yes of course, our mythical visitor could ASK someone. But in a "holiday" town, even out of season, and with the overall decline of public transport use, what are the chances of getting an accurate and reliable answer?

Next Blog : due Saturday March 17th