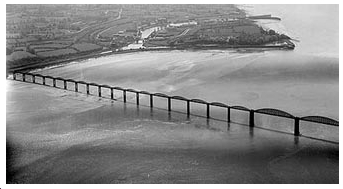 Looking towards the eastern bank,

Sharpness Docks top centre
It was built by the Severn Bridge Railway company in the 1870s to transport coal from the Forest of Dean on the Severn and Wye Railway. 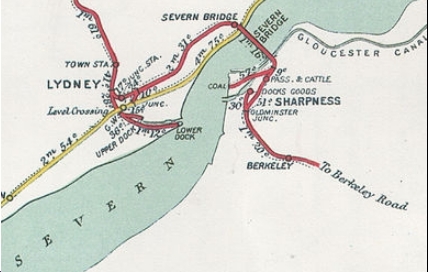 Work began in 1875 and was completed in 1879. The cast iron single track bridge, which was 4,162 feet (1,269 m) long and 70 feet (21 m) above high water, had 22 spans and had stone abutments made from local limestone. The span across the Gloucester and Sharpness Canal operated as a swing bridge. 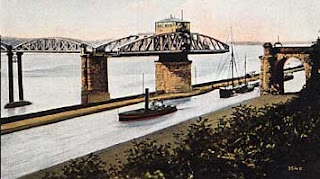 On 25 October 1960, there was thick fog and a strong tide; two barges carrying petroleum (the Arkendale H and the Wastdale H) overshot Sharpness Dock, were carried upstream and collided with one of the columns of the bridge. Two spans of the twenty-two span steel and cast iron bridge collapsed. Part of the structure hit the barges, setting fire to them. 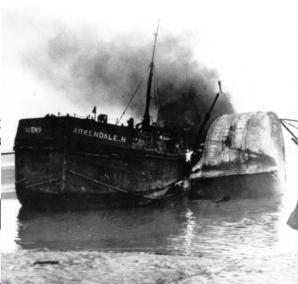 Five people died in the incident. In February 1961 a further span collapsed. The Western Region of British Rail planned to reconstruct the bridge but following the 1961 damage, it was considered beyond economic repair. 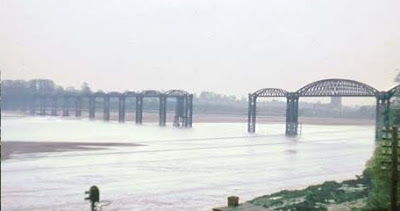 Read more on-line about this tragedy (here). View a video of the dismantling of the bridge (here). 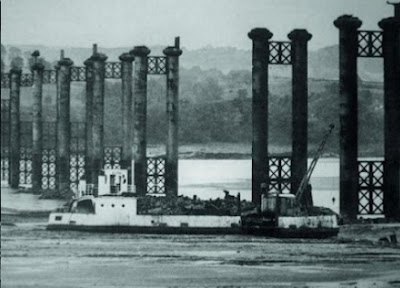 Ironically one of the old Severn car ferries (of which more anon) was used to assist in the demolition in 1967. 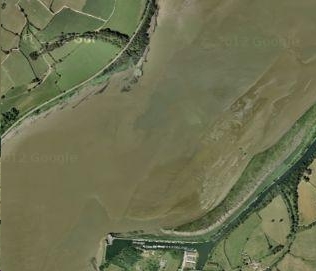 Today there is little evidence of the bridge itself at ground level but aerial photographs still show the line of the trackbed curving from both river banks (above, top left and bottom right). 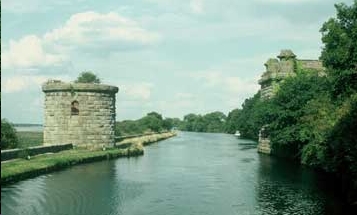 The massive stone piers that supported the opening section over the Gloucester canal still stand; compare with the picture of the swing section above.
The canal and its associated Sharpness Dock ... 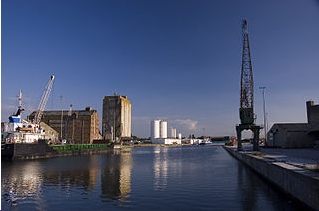 ... were really the raison d'être of the line, but it did carry a spartan passenger service. The bridge branch left the Birmingham to Gloucester main line at Berkeley Road Station ... 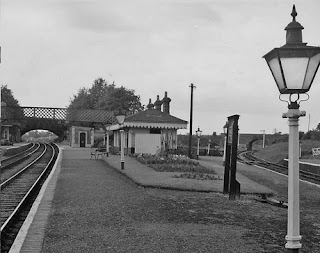 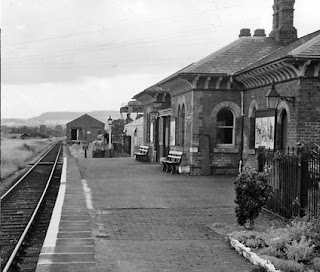 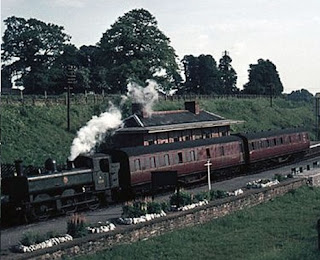 Even with the closure of the bridge in 1960, the minimalist passenger service hung on until 1964. Much of the docks area is now disused and deserted behind locked gates, this busy scene in 1937 ... 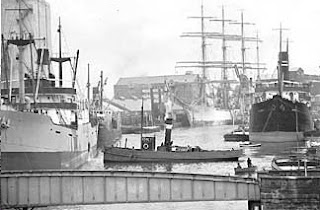 ... being replaced with desolation and the occasional impersonal and deserted warehouse. For completeness, here is a picture of the remains of Severn Bridge station on the western bank of the river. 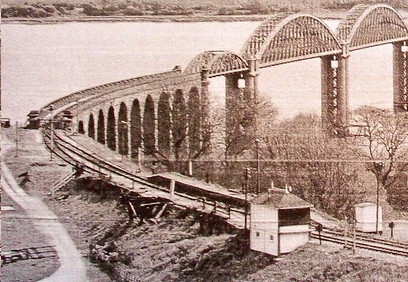 So tomorrow we look at the background to the Second Severn Bridge, opened in 1966.
Not wishing to be a bore, here is a picture of one ... 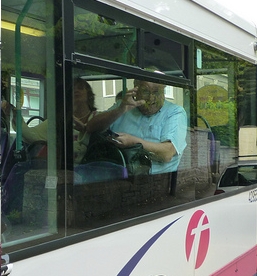 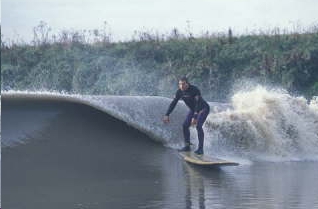 the Severn Bore : a tidal surge
and a youthful fbb riding the wave?
No chance!

Next Blog : due Monday March 19th