The Most Boring Bus, Ever? 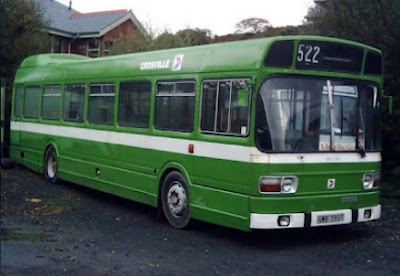 They all looked the same, they were either red or green and, well, they were just ... not interesting. Certainly many enthusiasts then and now were decidedly underwhelmed by what was the UK's last "mass production" bus.
Its origins and development are told, in a studied, factual and non-emotional way in the standard work on the products of the Leyland Company ... 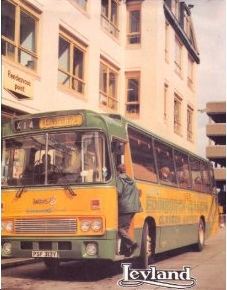 ... "The Leyland Bus Mark 2" by Doug Jack, published in 1982. (Secondhand copies are still available from Amazon). It reveals the very first experimental bus, shown to the then Minister of Transport (Barbara Castle) in 1967. 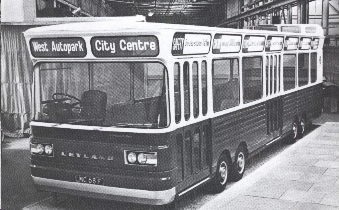 Weird! Small wheels = low floor. Later versions of the "experiment" looked a bit more like the bus we all loved so much. 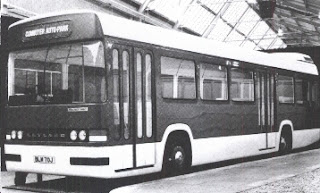 In a commercial desire to expand the business, Leyland produced a whole range of ideas and mock-ups. A luxury commuter bus with posh upholstered seats and a sort of super ambulance, amongst others. Left hand drive Nationals were exported ... 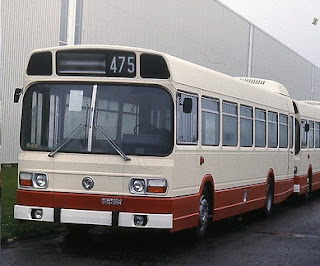 ... as here for Caracas, Venzuela.

Perhaps the oddest production Nationals were the three delivered to British Airways ... 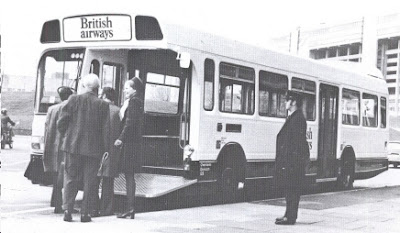 ... for airside work. They has this strange front loading ramp, longitudinal seats and leaf doors on both sides. This idea was not pursued after the initial three, although more conventional body-styles were ordered in abundance.

And the Midland Bank bought a couple to use as mobile branch money shops. 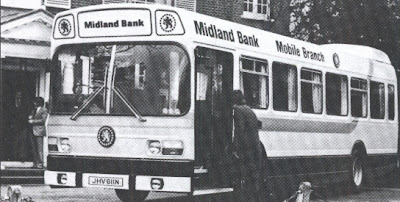 fbb particularly likes the homely curtains. Did they offer tea in crinkly cups as well?

Then there was the electric National experiment on Runcorn busway, long before "green" policies were "de rigueur" ... 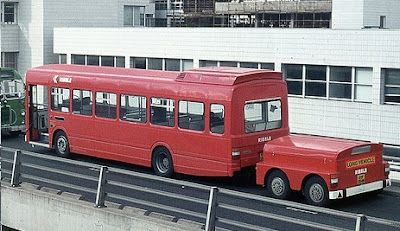 And finally there was the National-derived bendi-bus beloved by fbb in sunny Sheffield! 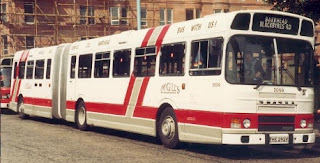 This one passed to the original McGills of Paisley.

fbb first met a live Leyland National on holiday on the Isle of Wight. The ride was comfortable if a little spartan in ambience. Most importantly the bus was light and airy and the above-window heating system meant that you could see out in all conditions; something impossible on most modern vehicles which mist up spectacularly when passengers inconsiderately decide to keep breathing.

Later they came to Sheffield, here as a demonstrator ... 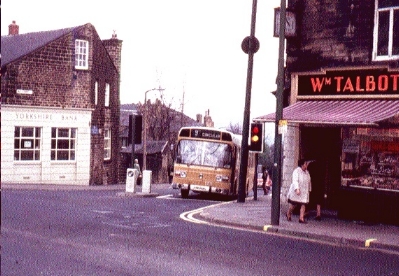 ... passing Talbots butchers where fbb used to buy some superb made-in-the-shop sausages! One fleet vehicle was later delivered as the first "kneeling" bus in the City, seen here in model form.

The kneeling mechanism was primitive and slow and some drivers were quite grumpy if asked to operate it!

Some engineers didn't like the National and the engine was naff (see yesterday's blog here) but overall the marque was an effective mover of people and, for its day, a vehicle of quality.

Boring it wasn't. Ever!

And there are still trains to consider at some stage in the future (50th Anniversary?). Perhaps "Len's Ferroequinological Farrago"?

The last Leyland National vehicles in service in the UK (c.1996/7) were with Chase Bus, based in Burntwood, Staffordshire; the company subsequently sold out to Arriva.


Next Blog : due Thursday March 15th
Posted by fatbusbloke at 02:20