We Weave a Tangled Web

Who needs the bus enquiry office these days?

Thus intones "Busing" [shouldn't that be "Bussing"?], a fine and felicitous fellow blogger and, so the rumour goes, a senior bus company manager "somewhere on the south coast". His attitude, though typical, is worrying.

Who needs the bus enquiry office these days?

fbb does, and so do millions of potential bus passengers each day. But they haven't got one ... 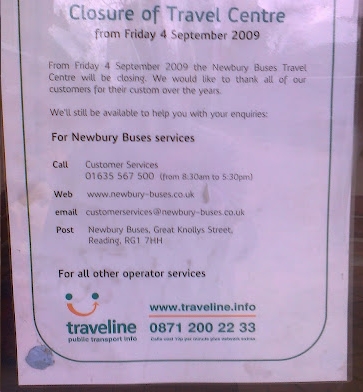 ... because the bean counters at HQ cannot "allocate revenue" to the facility and thus decide it is "not a profitable core activity". When did telling your customers what you sell become "not a core activity"?

Operators have slowly woken up to the fact that the internet is now the most important source of their product information. But when they did, developments have been quick. In recent years, operators’ web pages have become much richer and more inviting.

Increasingly and frustratingly the web can be the only source of information. But, and here's the rub, what percentage of existing passengers and, more to the point, potential passengers actually use this "most important source"?

Take a theorectical sample of 1000 passengers.

How many are regular travellers and thus know the timetable by experience; perhaps discovering timetable changes at the bus stop or on-board by poster or leaflet rack?

How many have just turned up "on spec" in hit and hope mode?

How many have asked their neighbour; or Geoff at the post office?

How many have used (or tried to use) the internet or, heaven forfend, spent far too much time and money asking Traveline?

How many would have a printed timetable book on the shelf at home IF one were available, free and preferably delivered door to door?

Which method of information distribution is likely to generate extra business; e.g. optional outings, leave the car in the garage, take the kids to the leisure centre, take elderly aunt Flo our for a cuppa and a bun?

With the smart phone revolution ... 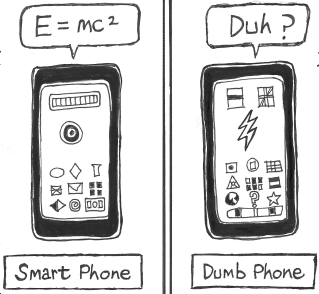 fbb sometimes spends up to £2 a month on his mobile phone, but he is just an old crusty and grumpy at that. Just a few calls to Traveline can easily cost more than a paid-for printed timetable book. Repeated access to the internet "on the go" soon racks up the revenue, but for the mobile phone service provider not for the bus company. You've only got to look to Vodaphone's swish and huge HQ (at Newbury!) to see where the money goes. 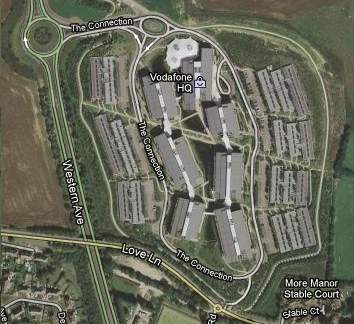 We, the consumers, are paying for all that.

Whilst mobile phone technology has become a useful technological hobby (with occasional practical bonuses) it is not the easiest or the most convenient way to find out when and where your buses go.

The Traveline "next bus" service is profoundly under-used and, as fbb has ranted before, why should an enquirer be obliged to pay to find out what a bus company sells. Of course we do pay Tesco indirectly via their advertising budget; so why not do the same with bus travel?

An ad-hoc and unscientific survey of two of fbb's sons (much, much older than the kiddies pictured below**), both equipped with multiple modes of modern technology, reveals the following unsurpising statistic:-

Question : In the last year, how many times have you successfully used your Smartphone to find timetable information? (view video clip) 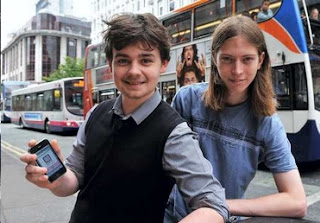 To be fair, both "the lads" have previously downloaded their usual "commute" PDF timetable which they refer to (on the smartphone) perhaps 6 times a year.

A bit like using a timetable book? So using the "Smart" capability was a one-off until a timetable change happens - which they will need to discover from some other source, won't they? Great!

Actually he might be a she; identity secrecy is preserved!

Meanwhile, tomorrow, fbb returns to Oxford (again!) to see how easy this marvellous new technology has become. Or difficult?


Next Blog : due Thursday March 8th
Posted by fatbusbloke at 03:28