The Seven Ages of Bus 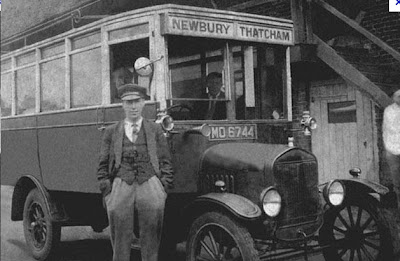 fbb is (fortunately, some would say) ignorant of the collection of independent bus operators that plied their trade in the Newbury area before formal licensing was introduced. According to the standard work on the subject ... 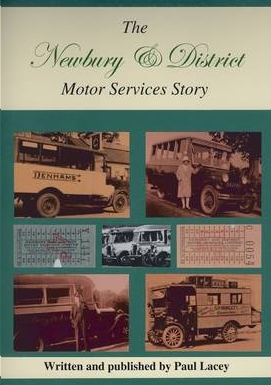 ... it was complicated. So if you are desperate to know, buy the book. It's on fbb's Christmas list already!
Newbury & District : 1932
On the 26th April 1932 the coach businesses of Denham Bros., Durnford & Sons and the 'Favourite Coaches' (owned by Arthur Andrews) were amalgamated, by agreement, into the Newbury and District Motor Services Limited. All three had been local operators in the Newbury area at the time of the 1930 Road Traffic Act and the increased responsibilities imposed by the Act had seen many smaller companies sell out. The merger was seen as a way of sharing the burden without compromising their businesses. 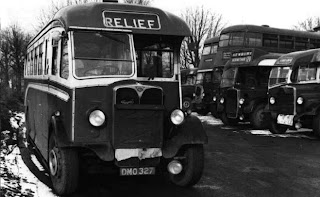 Newbury and District became part of the huge "Red and White" empire, based at Chepstow. At its peak N & D had approximately 100 vehicles.
Thames Valley : 1950 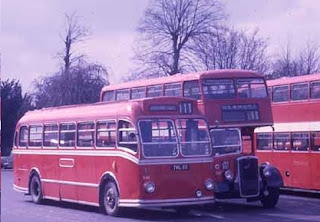 On 1st May 1950, N & D was transferred to come under the ownership of Thames Valley, but continued to show its own fleet name until 1952 when some buses showed "Thames Valley Newbury and District" for a while.
Alder Valley : 1972 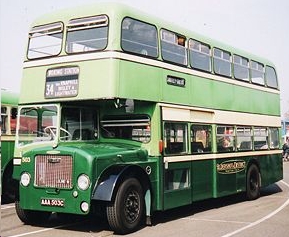 The National Bus company was formed on 1st January 1969 and so in January 1972 Thames Valley was merged with Aldershot and District to create Alder Valley, a mythical geographical feature well watered by the equally non-existent Alder river. 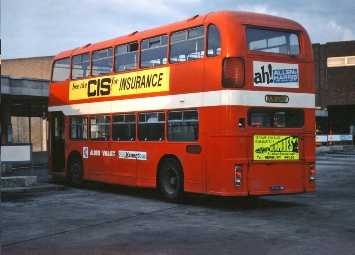 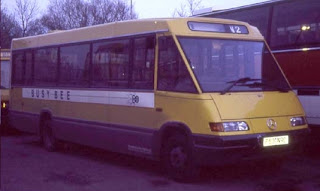 ... and sold to the Q-Drive company in 1987. If you would like a video feast of Bee Line buses at Newbury, (click here).
Reading Buses : 1992
Q-Drive was not successful and was soon split up and sold off; the Newbury area operation passing to Reading Buses, then in a very expansionist mode. At first the name "Newbury and District" was revived but later ... 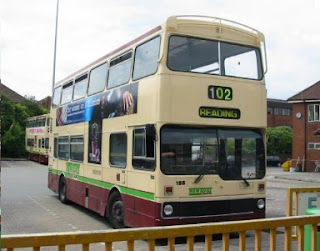 ... "Newbury Buses" was adopted as the local brand but in the various Reading styles.

Weavaway Travel, a locally based bus and coach operator reached an agreement with Reading Buses to take over most of their Newbury routes although the actual relationship is not all that clear. 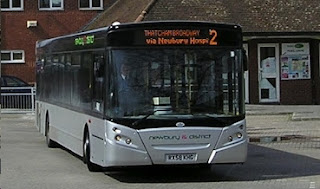 These are now branded "Newbury and District" except the "Jet Black" route to Reading which retains its Reading style of branding although operated by N & D, possibly; (or is it still Newbury Buses?). One source reports that these particular vehicles are actually on Reading's fleet strength. 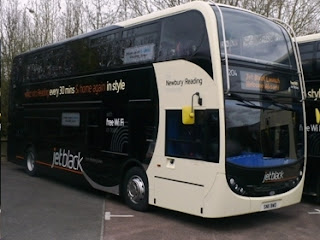 In the interests of our readers' sanity, an article on the various locations and operations of Newbury's bus stations is postponed until a future blog. After fbb has recovered from his current course of tranquilisers!
But then, there is the question of Vodaphone!

On Saturday and Sunday we make the link between Douglas Adams (Hitchhikers Guide to the Galaxy), Stephen Mangan (thespian), a member of the Royal Family and a series of bus timetables.

Next Blog : due Saturday March 10th