Disappointment or Dymanic with One Month to Go?

Eclipse, the Bus Rapid Transit service between Fareham and Gosport starts on Sunday 22nd April.
Eclipse is Hampshire’s new priority bus network, designed to raise your bus travel experience to the next level. The Eclipse network will ultimately link key towns and destinations in south east Hampshire, providing a viable alternative to car travel. Bus services that already serve the Gosport peninsula will use this traffic-free busway for part of their journey, to avoid the regularly congested A32 and improve reliability. 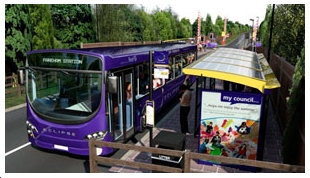 Passengers using Eclipse services can expect ...
a lot more from their travel experience: 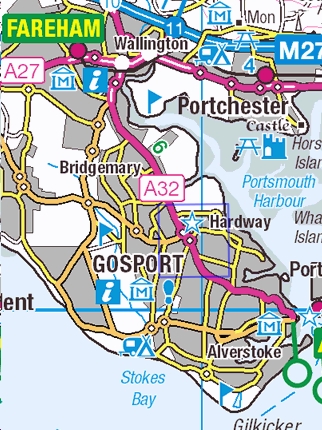 For those unfamiliar with the geography, Gosport lies on the western side of Portsmouth Harbour whilst Fareham is to the north west. The main road joining the two towns is the A32. Once upon a time there was plenty of open space between the two settlements but now it's built up all the way. 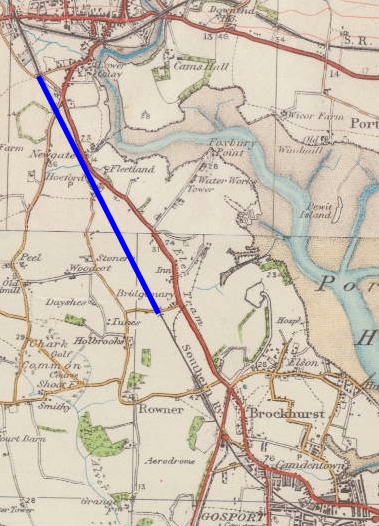 It is less than half of the former railway line that has been converted to a busway. And, to understand how things are changing, we need, yes, you've guessed it, an fbb map! 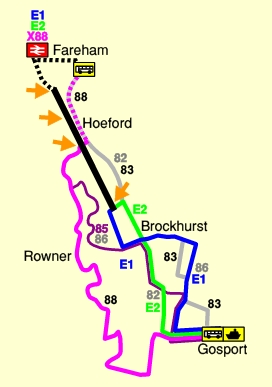 The orange arrows show where a bus can leave /join the busway from "ordinary" roads. 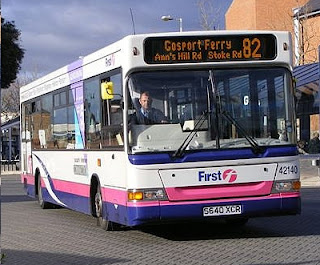 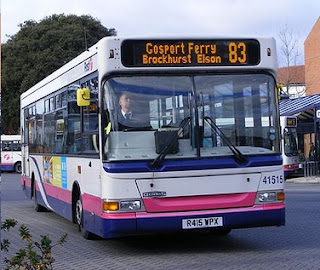 But service 86 withdrawn from Nobes Avenue area so effective frequency there is reduced from every 10 to every 20. 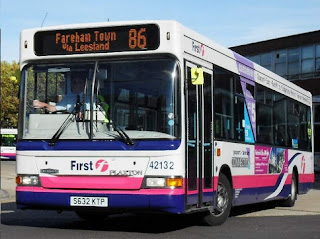 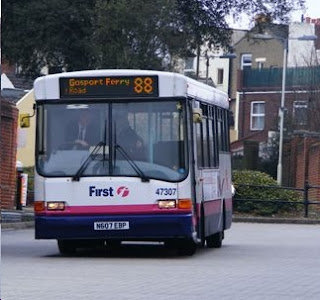 Monday to Friday peak hour journeys numbered X88 and diverted via Fareham Station and part of the Busway.

In previous "Eclipse" publicity, 88 and X88 were shown as E3.
Frequency remains every 30 min

Disappointed?
1. The busway section is really quite short.
2. Look back at the E1 and E2 timetable and you will see that although the buses leave Fareham at every 7 and 8 minutes (eight an hour), they arrive at Gosport at almost exactly every 15 minutes because the E1 is slower that the E2
3. The fastest bus between Fareham and Gosport [off-peak] is the unchanged 83, not via the busway with a running time of 30 minutes, whereas the E2 takes 32 minutes. Bus not-so-Rapid Transit?

Dynamic?
1. The number of reasonably direct buses between the two towns has increased from 6 an hour [82 and 83] to 10 an hour [E1, E2 and 83].
2. Avoiding congestion on the A32 must be good news.
3. There's lots of fancy stuff to encourage new customers to take the bus rather than the car.
4. 8 buses an hour from Fareham Station [plus X88s] to Gosport should encourage intergration.

fbb will be "over there" in England on Monday 23rd April (preaching commitments on Sunday 22nd!) to observe, report and bore the pants off blog readers in the days following.


Next Blog : due Friday March 23nd