The northern section of the Didcot, Newbury and Southampton railway was always operated as a separate passenger service which survived until 1962, two whole years longer than the line south from Newbury to Southampton. A local website from Hermitage provides a picture of its loyal staff in about 1930 ... 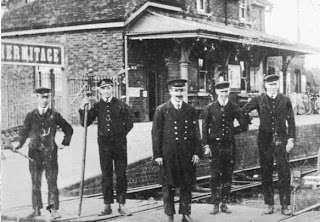 ... and a photo captioned "last train to Hermitage" seen passing through Pinewood Halt. 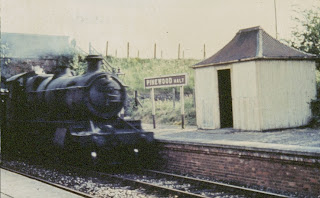 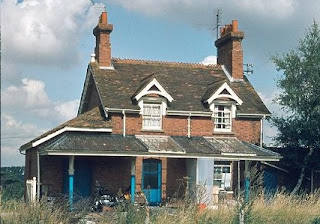 ... not surprisingly at the end of Station Road, just beyond the recent Hermitage Green development.
Hampstead Norris (the name used of old, now Hampstead Norreys), however, has disappeared without trace. 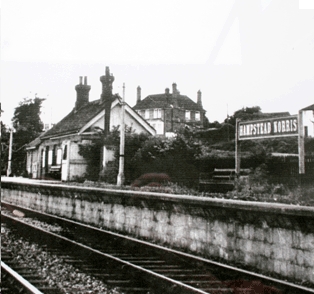 The station was on an embankment with a skew bridge over Water Street; but apart from a "Bridge Cottage" and a "Railway Terrace" ... 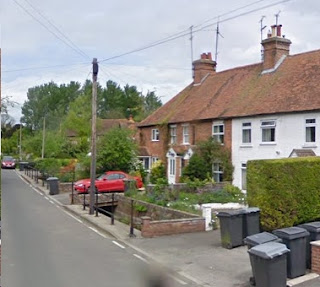 ... all has vanished completely. On the south western edge of the village, however, can be spotted the remains of the bridge over the line on Newbury Hill. 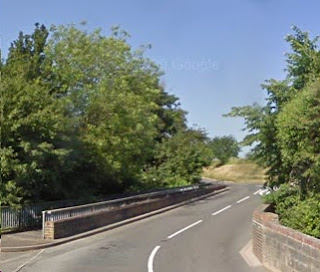 The area still has a bus service, namely the 6 and 6A circulars from Newbury ... 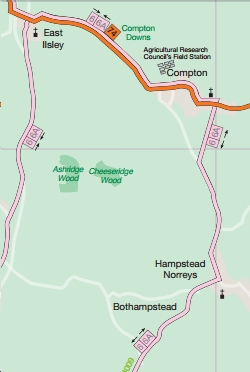 ... although the bus replacement service runs no further north than Compton. Frequency is somewhat thin at 6 trips a day, probably about as good as the train service! Back in the 90s you could get a bus from Newbury to Oxford (X34), later from Newbury to Didcot (234) but nowadays all you have left is impractical cross-country rambling services with  a change; or the occasional National Express pre-book route.

Continuing north towards Didcot, Compton station did a passably profitable trade in horse boxes from nearby racing stables, then came Churn with no road access. 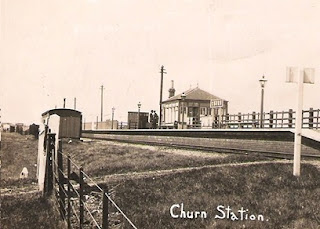 This was a small and very isolated single platform halt with access only via an unmetalled downland sheep road. It was built as a private station for Sir Robert Loyd-Lindsay, a major sponsor of the line. It was then used by the "public|" as a temporary stop to accommodate a competition held by the National Rifle Association in 1888. However, from 1889 military summer camps were established near to the station which required the use of the halt as the only access to the site. Timetables provided that trains would not call at Churn unless prior notice had been given to the Stationmaster at Didcot.

The final station was Upton and Blewbury and, once again, the station building survives intact in 2012 but with an extension delightfully constructed in the tradition style. 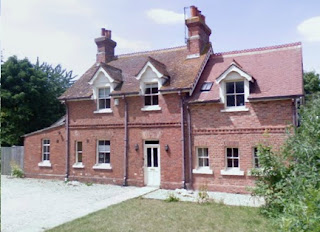 Many other new properties are built on and around the station approach road which is, amusingly, named ... 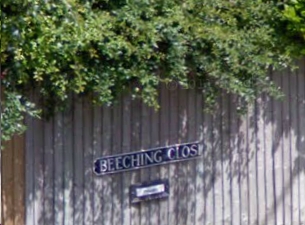 ... Beeching Close after the Great and good Doctor; who either (a) destroyed the railways to the ultimate detriment of our society or (b) saved the railways from complete destruction by recognising the failure of the worst bits and the potential of the best bits. Choose whichever suits your point of view!

Several web sites refer to the closure of the Didcot, Newbury and Southampton lines as being made under "The Beeching Axe". In fact both sections of the line were closed to passengers before the Good Doctor's report was accepted as Government Policy; so he can't be blamed in the slightest. Even the subsequent closure for freight was "on the cards" before Dr Richard chose to champion his chopper! 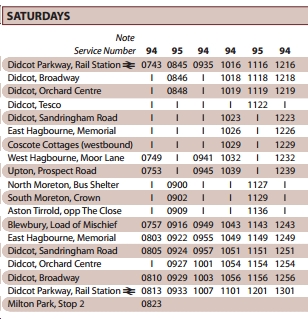 Oh, fbb nearly forgot. The villages of Upton and Blewbury still have a spartan bus service from the Didcot end run by Thames Travel and at much the same sort of frequency as the former railway line (sample panel shown above). Probably carries about the same number of passengers!

Friday  : The seven ages of the bus. Is this a record?


Next Blog : due Tuesday March 6th