By-passing Newbury and a ferroequinological "diversion" 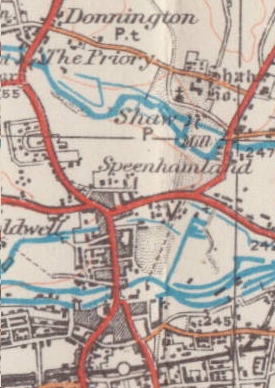 This 1930s map shows the town with the A4 running east to west and the A34 from Oxford taking the north to south route via Donnington. Historically, the first "by-pass" was a re-routeing of the Great West Road, the A4. Then came the M4 and latterly the A34 was diverted away from Donnington and progressively away from Newbury Centre, the "green" road on the map below.

But the A34 had developed into an essential route for freight between the Midlands and the docks at Southampton. Despite dual carriageways and other improvements, Newbury became a very well-known traffic jam! So a proper by-pass was planned. 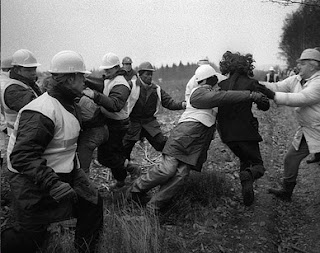 And the protests, the pitched battles and the tree-dwelling ... 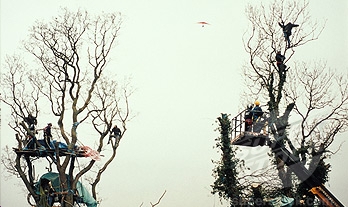 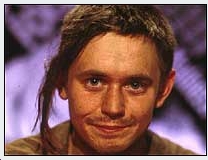 The new section of the A34 was eventually opened in November 1998. 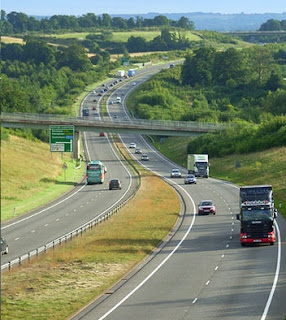 But what is not so well known is that the protesters' "scar on the landscape" actually runs in the line of a much earlier civil engineering project. As it skirts Newbury, the A34 is built on the trackbed of the Didcot, Newbury and Southampton Railway. 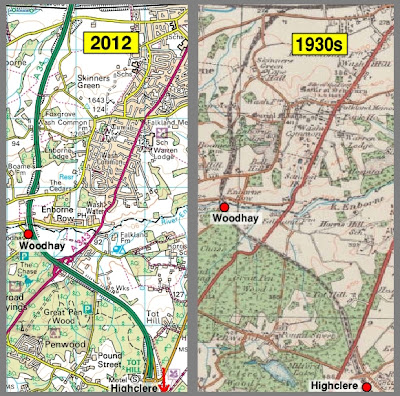 click on the image to see an enlargement
As far as we know, there were no protests when the railway was built!

The line was opened in 1885 and closed in 1964 although passenger services between Southampton and Newbury ceased in 1960. The route left the main Southampton to London main line at Shawford (south of Winchester) and crossed the Hockley viaduct, still in place and clearly visible from the M3, ... 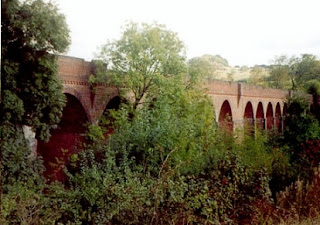 ... before entering Winchester Chesil station.
Having diverted somewhat from Newbury, we will take a further look at this lesser-known cross-country line tomorrow. Meanwhile, enjoy this video of the magnificent viaduct and the footpath across it. (view here).

This viaduct was built as part of the Didcot, Newbury & Southampton Railway. The line was planned as a quicker route from the Midlands to the docks at Southampton, and opened between Didcot and Newbury in 1881. Operation and stock was provided by the Great Western from the outset. The company opened the extension to a new station at Winchester (Chesil) in 1885, but finances could not be raised for the continuation to Southampton. The LSWR stepped in and built a line from Winchester (Chesil) to their own main line at Shawford, where DN&S trains could use the main line into Southampton. As part of the deal, GWR locomotives had to be replaced by LSWR locos at Winchester.

The route from Winchester to Shawford had to cross the River Itchen and associated water meadows, and the grand Hockley Viaduct was constructed by LSWR over the Itchen valley. The viaduct and rest of the extension was opened in March 1891. The viaduct has 33 spans, and is the longest viaduct in Hampshire. The main structure is actually made of concrete, with the bricks just forming a facing. It is thought to be one of the earliest structures to be made from concrete.
Next Blog : due Friday March 2nd
Posted by fatbusbloke at 02:05