What? Sad again? In Offnadingen!

Followers of the fatbusbloke's "Public Transport Experience" blog will know that the provision of timetable information, etc, in the UK is not always what it might or should be. Here's proof that the UK is not alone!

The village of Offnadingen is a couple of kilometres north east of Bad Krozingen in south west Germany ... 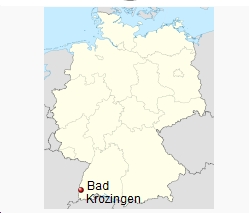 ... and local public transport services in the area are provided under the auspices of the Regio-Verkehrsverbund Freiburg.

Of course the Great and God-like Google will take fbb direct (but virtually) to Offnadingen. But it doesn't. The name is not notable enough to be known by the gnomes of Google! Perhaps Regio-Verkehrsverbund Freiburg (Frieburg Regional Transport Authority?) can help.

Indeed it can. RVF's web site offers the usual journey planner which delivers lots of journeys to Offnadingen ... 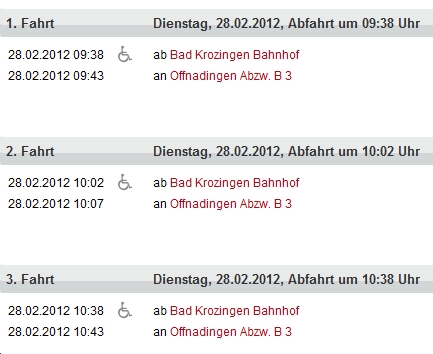 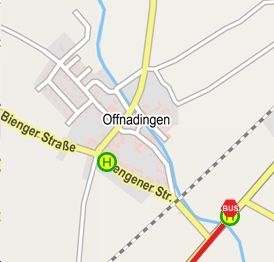 Frequent buses drop the unwary passenger some distance from the village on the B3 major road, whereas RC169's stop [the other "H"] is somewhat nearer but served infrequently. 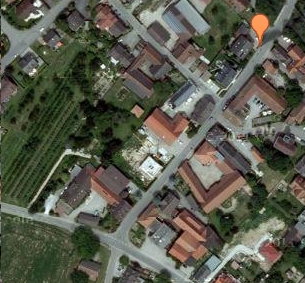 But at least we have found the village, un-helped and un-named by Google Maps; and fbb can now plan journeys to the village itself. Thus, a virtual fbb can get off his train, virtually, at a station which, in 1883, used to look like this:- 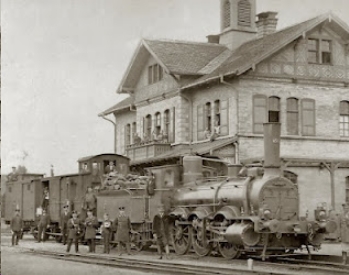 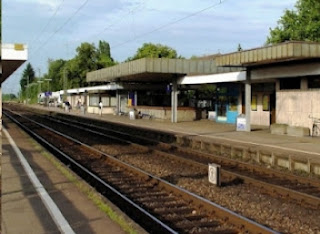 ... electrified but not so pretty; and catch a bus to Offnadingen village.

In earlier times (25 years ago, to be precise) the transport operator was known as Verkehrsgemeinschaft Freiburg. The local authority responsible for Offnadingen has helpfully provided the residents of the village with a route map of public transport services, and has displayed this in a glass case on the outside wall of the 'Rathaus'. 'Rathaus' usually translates to 'town hall', but Offnadingen is very small, and that is not really appropriate, but it would seem now to be a sort of local office of the council. Well, that helpful decision was made 25 years ago, and the same route map is still there today; the photo was taken on the 5th September 2011. As it's coming up to its 25th anniversary, it seemed only right to celebrate its silver jubilee! 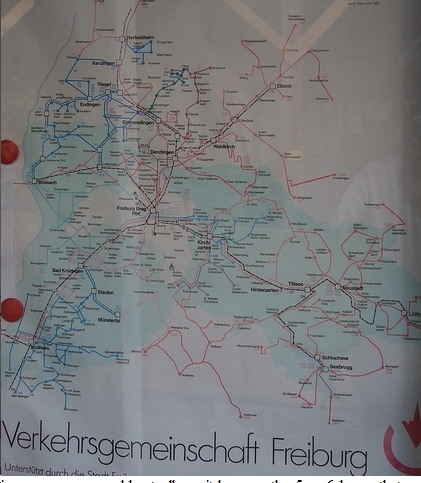 To be fair, no intending passengers would actually wait here, as the 5 or 6 buses that serve Offnadingen each day stop on the Beingener Strasse some 200 metres away (bottom left on strreet maps etc). 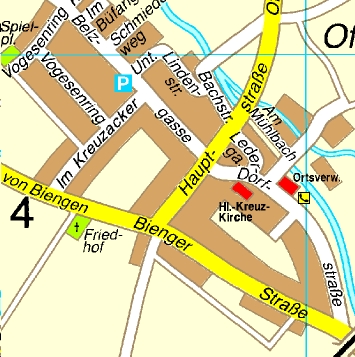 Needless to say, there have been a few changes to the network in the ensuing 25 years, so it's not only the name that is out of date!

fbb is guessing that "Ortsverw." on Dorfstrasse, as on the above map, is RC169's mini-rathaus; "ortsverw." being abbreviated from "ortsverwaltung", roughly translated as "local information", i.e. where to find 25-year-old out-of-date bus maps. Sadly, no Google Streetview to confirm or refute  "diese vermutung".

For the record, Bad Krozingen has its fair share of German "pretties" ... 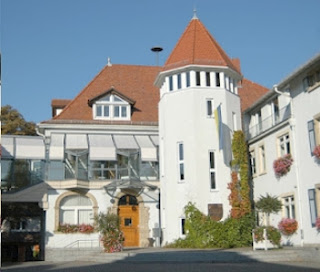 ... and, for those whose German is even worse than fbb's "O" level (won in 1959), "Bad" does not imply low quality but is simply the German for "Bath", i.e. a spa town at some time in its history. Likewise, all those sniggering at "Fahrt" ("journey") can go and stand in the corner and miss their morning milk!

And much gratitude to RC169 for revealing that "Vorsprung Durch Technic" does not always apply in supposedly super-efficient Deutschland.

Never mind, back to Newbury tomorrow.

Next Blog : due Thursday March 2nd
Posted by fatbusbloke at 03:01