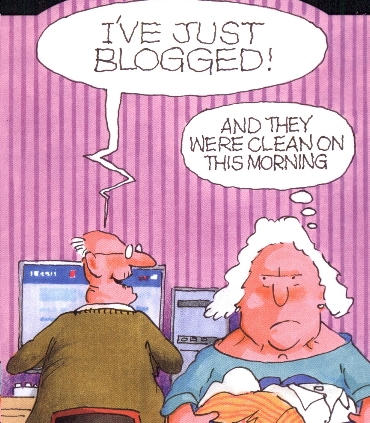 Back to today and the conclusion of "The Bed of Nails". 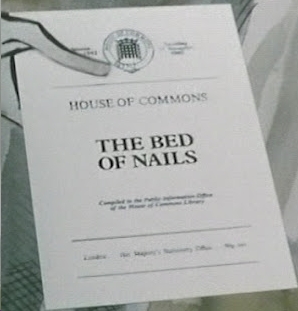 This episode of "Yes Minister" involved Jim Hacker's appiontment as Transport Supremo, responsible for delivering the Prime Minster's vision of a fully itnegrated transport system. He quickly realises that such a policy is a red hot political potato. But how can he extricate himself from the "Bed of Nails". See fbb's "Yes Minister" blog (read again). 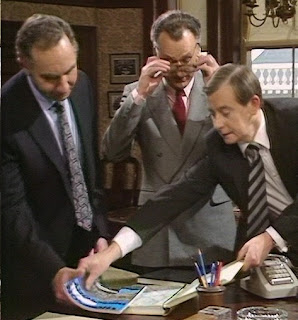 He summons his aides, a street map of his Prime Minister's constituency and a copy of Thomsons Directory. The three "big cheeses" from the Department of Administrative Affairs then conspire to prepare a paper to send to "Number 10".

This will propose a new bus rail interchange built on the town centre park; a merging of rail and bus depots with a substantial loss of jobs and the building of new car parks in sensitive areas of the town. It is not long before the multiplicity of ministerial machinations moves the PM to quietly abandon his policy!

Smiles all round, and all ends happily ever after. Integrated Transport goes on the back burner, once again.

This episode was broadcast on 9th December 1982.

Sixteen long years later, the then Labour government, with John Prescott in the Transport hot seat,  published its White Paper on "Integrated Transport".

It has a nice green and purple logo which fbb has attempted to recreate from his fading memory thus:-

It promised much. Here are some extracts with fbb comments added. How does the 1998 White Paper compare with delivery of its aims a further 14 years later in 2012?

By giving buses greater priority and improving information and networks, we can encourage more people to use buses. Increasing passenger numbers could transform the economics of bus operations, opening new horizons in quality, reliability and network expansion.
Some progress, but not much. Trams in Croydon, Nottingham and Sheffield, busway in Camrbidge. Not quite what was promised. Bus Lanes? 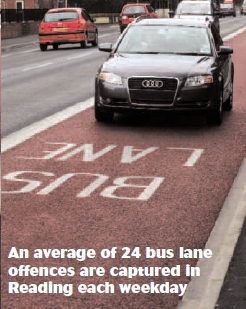 In some circumstances, strengthened Quality Partnerships may not be sufficient to guarantee the necessary improvements. We will therefore introduce primary legislation to give powers to local authorities, where it is in the public interest, to enter into Quality Contracts for bus services.
Officially abandoned by the Conservative government but a few small schemes in operation and a few more planned. Not much for 14 years.

Optio Orange tickets are not valid on Optio Red services.
Optio Red tickets are not valid on Optio Orange services.
Exclusions apply, including operator's student tickets.
We will bring forward changes to promote service stability and limit the frequency of bus timetable changes as well as improving the quality of timetable information.
Apart from ever increasing "notice period" for submitting changes, services are still "revised" at a whim.

one company's changes on one day in March 2012
We will continue to encourage bus and train operators to develop the potential of integrated bus and rail services. Some train operators already operate feeder bus services linking stations to those towns that have no rail routes or inadequate connections. We expect the pace of these initiatives to accelerate with increased co-operation between bus and train operators.
What a joke. First Great Western rail and First Cornwall bus managers barely admit the existence of one another!

But not by bus!
Our aim is for a public transport information system to be systematically extended across the country by 2000. The initial focus will be on timetable information but the framework will be developed with the aim of including information on fares.
In true cost effective manner we've been lumbered with two barely adequate systems, Traveline and Transport Defunct. Fares information? Phooey!

When the ficticious Jim Hacker was chosen to be "Transport Supremo" aka "Transport Muggins" the civil servants were anxious that they should appoint someone  who would provide "lots of activity but no actual achievement." And they succeeded.
A score of Ministers of Transport and several White Papers later, the success of the "Men in Grey Suits" in promoting the minimum of achievement is mind-numbingly astounding. 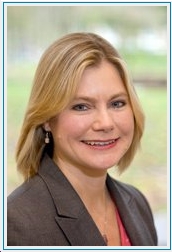 one of the many Ministers.
A happy snap before her Ministerial appointment.
fbb suggests that his readers should obtain a copy of "Yes Minister, The Bed of Nails" and send it to either (a) their MP or (b) whichever poor politician is lying on a spiky Minsterial bed at the moment.


Next Blog : due Monday February 27th
Posted by fatbusbloke at 03:41