fbb's Dabble with the Big Apple [3]

Only One Thing to Do : Swim!

... he has arrived on line R at Whitehall Street subway station ... 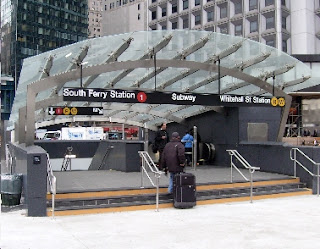 ... and walked 0.19 of a mile to reach his destination, namely The Statue of Liberty. 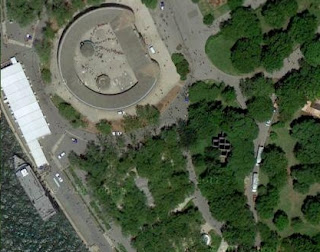 ... and there's a nice little park where it might have been.

A walk to the waterfront and, gee whizz, the mystery is solved. Somebody has moved the statue to Bedloe's Island nearly two miles away down the Hudson River. Look, there it is!

But a bit more than a 0.19 mile walk from the station. And a worryingly wet walk! 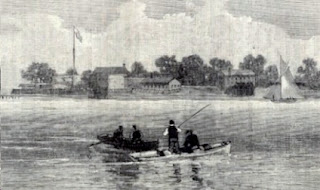 After the surrender of Fort Amsterdam by the Dutch to the British in 1664, the English governor Richard Nicolls granted the little island to Captain Robert Needham. It was sold to Isaac Bedlow on December 23, 1667. In 1732 it was sold for five shillings to New York merchants Adolphe Philipse and Henry Lane. During their ownership, the island was temporarily commandeered by the city of New York to establish a smallpox quarantine station.
In 1746 the island was purchased by Archibald Kennedy who again allowed the island to be used as a smallpox quarantine station, and on February 18, 1758 the Corporation of the City of New York bought the island for £1,000 for continuing use as a "pest house".
On February 15, 1800, the New York State Legislature ceded the island to the federal government, for the construction of a defensive fort to be built there. It was built in the shape of an 11-point star and completed in 1811. 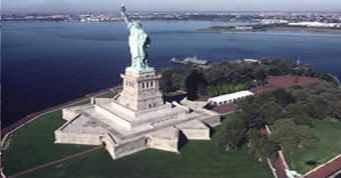 The fort became the base of the Statue of Liberty which was formally opened by President Grover Cleveland in 1886. 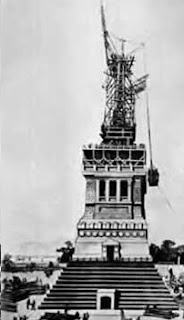 Bedloe's Island was officially renamed Liberty Island in 1956.
So, if fbb is not going to swim, then he needs to take a ferry. 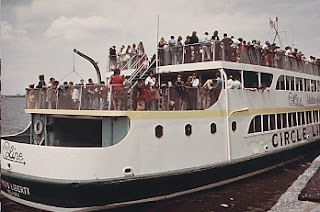 And presumably these trips are assumed to be for tourists only and not part of MTA's "normal" services. The only timetable fbb could find on line was for October 2007 ... 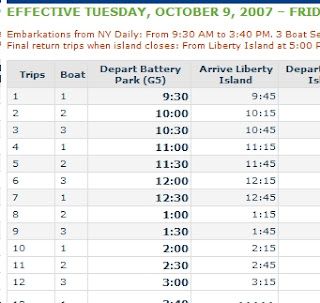 ... perhaps that's why it's not on the Trip Planner.


In which case, shouldn't the Trip Planner make it clear. How about ...


Battery Park for Liberty Island Ferry
(Pre-Book Only)
At least we now know one thing for certain. The UK is not alone in providing enquirers with duff electronic information. Good Ole' U S of A can be just as daft! ﻿We need to thank Frank for some revised lyrics.
Start spreadin' the news, It isn't OK
I can't find my way, you see,
New York, New York
These web sites I use are leading astray
To get to view Liberty,
New York, New York


Tomorrow we return to a location with, perhaps, a little less excitement than new York. We go to Bawtry (in England), once on the old A1 Great North Road and right on the border between South Yorkshire and Nottinghamshire. 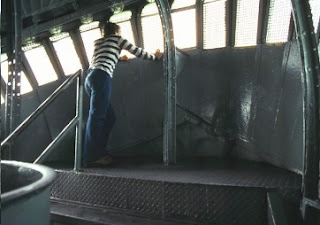 Wow, what a view from the great lady's "crown"! Farewell Big Apple with a tantalising picture of the 40 foot latter leading up to the torch (ice cream cone); sadly closed to the public since 1916. 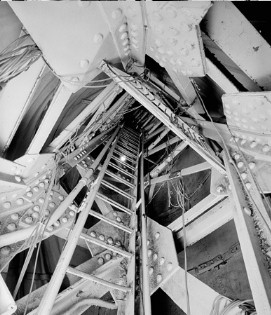 Next Blog : due Monday February 20th
Posted by fatbusbloke at 06:39