A Lotta Hassle for Little Houghton [2]


In "A Lotta Hassle for Little Houghton [1]" (read again) fbb examined the four on-line options for a journey from Barnsley to Buttercross Drive in Little Houghton and the old fellow added a fifth option drawn from his encyclopaedic (?) knowledge of the area. 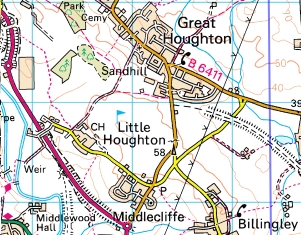 Only joking!
Blog readers were invited to comment on which option they would choose. The response was underwhelming, so fbb will offer some further guidance.

Three of the options (1, 4 and 5) deposited the passenger at "Little Houghton Ings Lane Middlecliffe Road" which is here ... 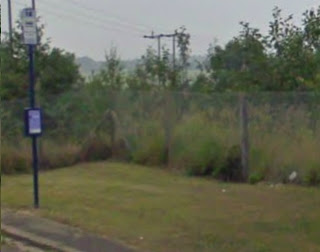 ... with a "two minute" walk to Buttercross Drive. Because Little Houghton is a "dead end", the bus does a "double run" from the main road at Middlecliffe. Would it not be a little easier to get off at the end of Buttercross Drive and NOT ride to the turn round and back again, pretty though the scenery be? 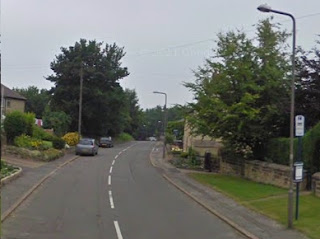 Of course it would!

But Traveline doesn't seem to cope with a lack of bus stop pole on the outward run. The Ings Lane terminal loop is about 500 metres away in the distance. Our destination is just off to the right.

So thanks a bunch, Traveline; an unnecessary walk.
Two options (2 and 4) involved a change at Darfield ... 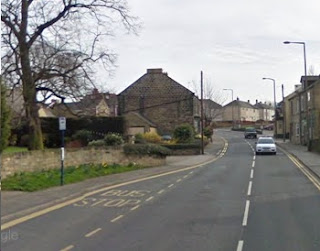 But it isn't at Darfield; certainly not anywhere in Darfield known to Darfielders. The comunity was (and usually is) known as Millhouses, named after the houses at the mill on the River Dearne, no less, as in Dearne Valley. It used to be the location of Darfield railway station, closed in 1963 ... 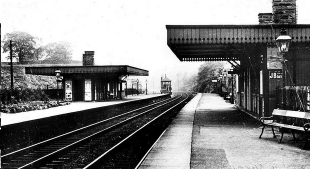 ... and some bridge abutments. 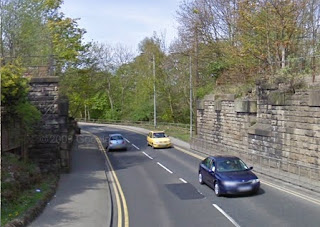 So Darfield station was at Millhouses and not Darfield, which should not come as a surprise. It gets worse. Google Maps and its associated Streetview facility (much used by fbb's blogs) has at least one bus stop icon in Millhouses labelled ...

... which claims it is at Middlecliffe. It most indubitably isn't. See it all on this map extract. 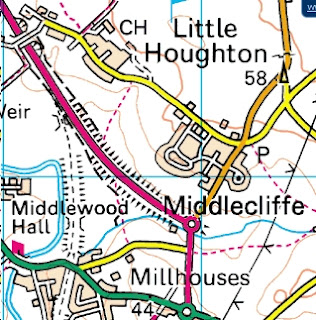 But does it matter? It very well might matter muchly. If the unwary Traveline traveller were on a Stagecoach 218 ... 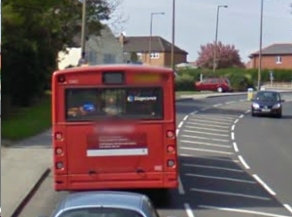 ... and asked to be "put down" at Darfield, he would not be at the right stop for his connection to Little Houghton and doom and disaster would be the likely result.


So, thanks another bunch, Traveline and/or Transport defunct for further potential confusion. It was so much easier when you could ring up the Yorkshire Traction enquiry office at Barnsley bus station and speak to the man who knew.

Tomorrow, we examine further the farcical Option 2 which deposits the innocent traveller at Park Spring Road, Little Houghton. If it wasn't so silly, it would be almost funny.


Next Blog : due Tuesday February 14th
Posted by fatbusbloke at 06:54