Traccy to Grimethorpe [4 of a series]


It is 1981 and we are travelling to Grimethorpe by bus. Our bus company is Yorkshire Traction ... 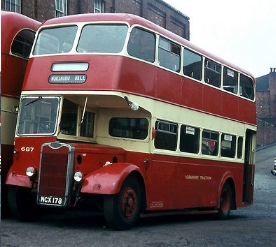 but not, sadly, travelling on one of these!
... part of the British Electric Traction group and operators of most of the bus services in and around Barnsley. We will be following the A629 Pontefract Road as far as Shafton Two Gates ... 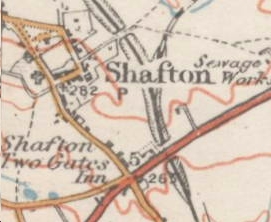 ... where we turn right for "Grimey". Why "Two Gates"? fbb's guess is that there were, in ancient times, two turnpike toll gates at the crossroads where now stands a pub and a bus garage; and not much else. 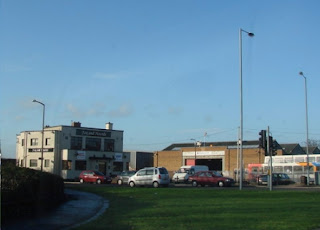 In support of his guess, the now bypassed bit of Engine Lane (the right hand turn to Grimethorpe, now a cul-de-sac) has been renamed Tollgate Close.

Back in 1981 we might be privileged to ride on a rear engined double decker ... 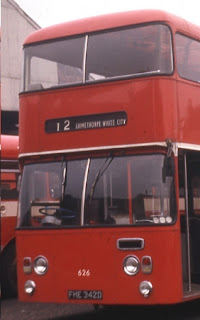 possibly pre PTE route renumbering : mid 70s?
... but the village of our destination would have shown little change for 60 years or so. 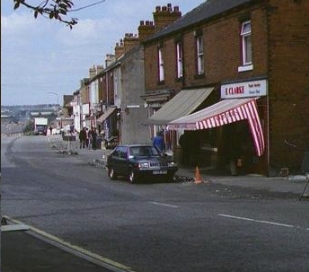 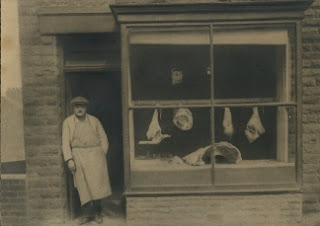 this 1926 family butcher's was still trading in 1986
... still with plenty of local shops and a good dose of community life. But the pit, employer of nearly half the male population, was still in full swing.

There were four buses an hour but not evenly spread. The 340 ran to "Red City", the strangely evocative name for housing estates on the Brierley Road. 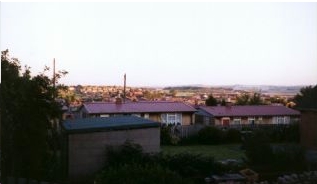 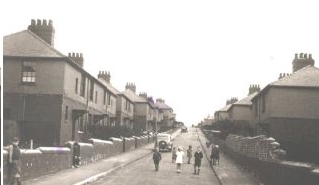 Was it called "White" City after the once white upper storey plasterwork on the houses? Note (in the 50s) the paucity of parked motor cars because, for most "Grimey" residents, it was a walk "t t pit" or a bus to Barnsley. 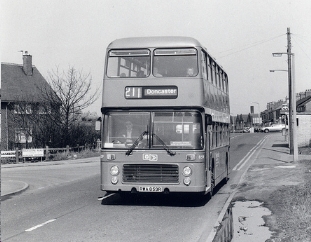 N.B. West Yorkshire PTE branding below windscreen
... which ran all the way to Doncaster! What excitement!

To complete the picture, here is an extract from the South Yorkshire PTE bus map for Barnsley and Doncaster, also dated 1981. 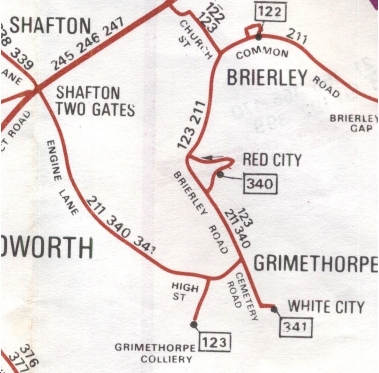 For completeness, fbb records that the 122 and 123 were services operated by West Riding from Wakefield. Despite the obvious terminus of the 123, this particular route ran approximately every two hours Monday to Saturday daytime.
Blog readers may also like to note the services between Barnsley, Upton and Pontefract; routes 245, 246 (extract below) and 247 which used the main A628.

The successors to these routes appear at Grimethorpe itself in 2012.
Tomorrow we look at today's services to a revitalised and rejuvenated Grimethope. The twentyfirst century has brought some interesting developments.

Next Blog : due Friday February 10th
Posted by fatbusbloke at 03:27