DVR at Grimethorpe [2 of a series]


DVR, in this case, refers to the Dearne Valley Railway Company's line which served a station at Grimethorpe, near Barnsley. It is not to be confused with the modern "Dearne Valley Line" which provides a spartan local service to Sheffield and York, giving Pontefract Baghill its two-trains-a-day service. 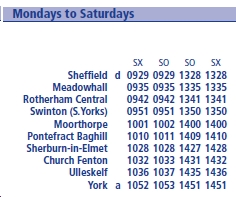 Our DVR ran from nowhere in particular near Wakefield to a series of junctions south of Doncaster station. 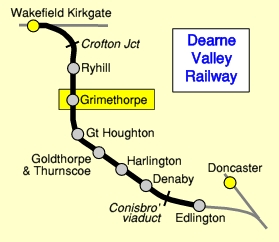 The line was incorporated by an Act of 6 August 1897, but progress was slow and the line did not open throughout to goods traffic until 1909 and to passenger traffic between Wakefield Kirkgate and Edlington. The line amounted to 21 miles. There was an extensive coal traffic, serving a number of important collieries along the line. The railway was worked by the Lancashire & Yorkshire Railway. On 1 January 1922 the London & North Western Railway absorbed both the Lancashire & Yorkshire and Dearne Valley Railways, which then became part of the LMS on 1 January 1923. Passenger service was withdrawn on 10 September 1951.
Passenger services were never frequent and the line's stations were mostly designated "Halts", so its main business was to serve a whole list of Collieries along the valley. Running south these were:-

Clearly King Coal was the main (the only?) source of revenue for this line.


Brierley pit was some distance from the line ... 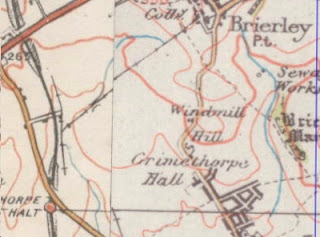 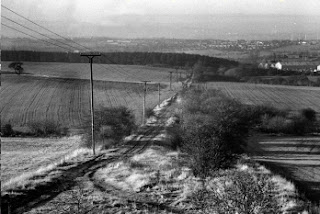 ... with its former track still in use today as farm access and footpath. Nothing is left of the interchange sidings, however, except for a few workers' cottages just off Hodroyd Lane at Shafton. 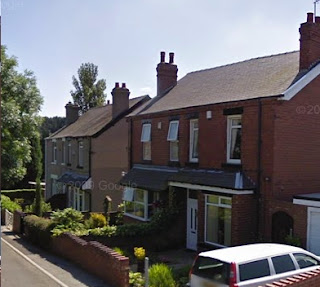 Just south of the sidings, located in open country and to the west of Engine Lane, is the site of Grimethorpe Halt. One parapet of the road bridge remains. 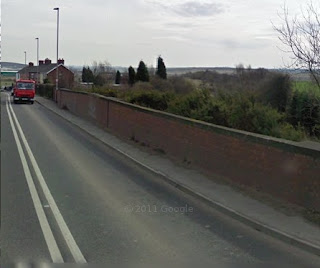 It was a good half mile from Grimesthorpe High Street and significantly further from the main housing estates. The station was never busy, as most people who needed to travel wanted to get to Barnsley and not Wakefield. The line closed to freight progressively from 1966, but a connection to the Brierley Colliery interchange sidings remained in use for another 30 years.


fbb has been unable to locate any recognisable pictures of the station or trains on the line, but the interwebnet offers ... 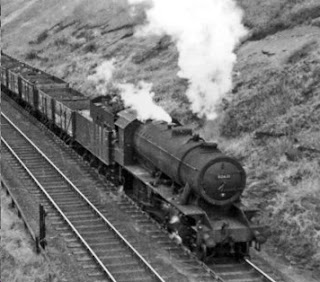 ... "a coal train travelling north near Grimethorpe". Other sources suggest that the passenger service (closed in 1951) was originally operated by a Lancashire and Yorkshire rail motor like this ... 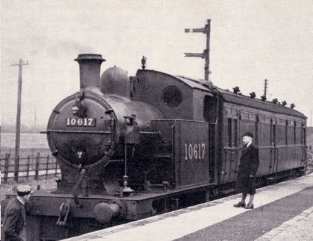 ... which would be more than adequate for the crowds of passengers!

Conisbrough viaduct across the River Don, further south east, near Doncaster, is the most interesting feature of this little-known route. 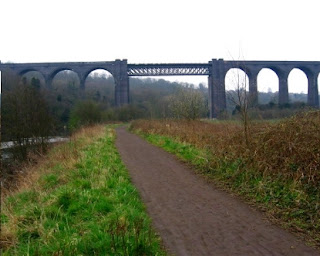 It consists of 21 arches, 14 on the western or Cadeby bank of the river, and 7 on the eastern or Conisbrough bank which are connected by an iron girder bridge. The total length of the viaduct is 528 yards, or a quarter of a mile and 88 yards. A feature of the work was the overhead travelling cradle which was used for carrying men and materials to and fro across the river. It was technically called a ‘Blondin’ and was an American invention which was first used in England in connection with the erection of Vauxhall Bridge across the River Thames. The Cable on which the Blondin operated was 1,875 feet in length and was fastened to two 80 feet high steel masts, positioned beyond the ends of the viaduct. 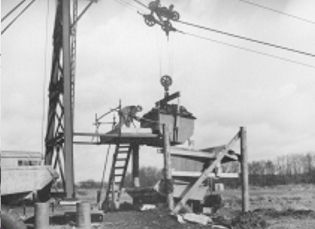 a "blondin", but not at Conisbrough
The viaduct arches were built of red brick, faced with a double course of Staffordshire pressed blue brick. In total about 15 million bricks were used in the viaduct’s construction and a quantity of these were pressed by local brick firms at Barnsley, Mexborough and Rotherham.
It is now a most impressive public footpath and cycleway link between the villages of Cadeby and Edlington. 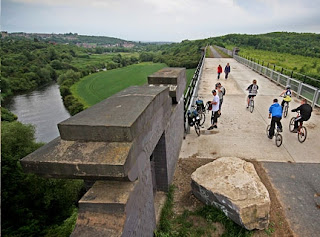 A more eclectic piece of trivia, however, concerns the manager of the Dearne Valley Railway ... 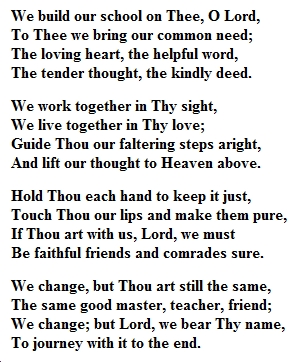 Education might be better if more of today's schools were built on such a secure moral foundation.
Suitably spiritually inspired, we return to Grimethorpe. Going there by train never was a realistic option, so tomorrow we start our virtual exploration of bus travel to Grimey.

It all begins at beautiful Barnsley (?). 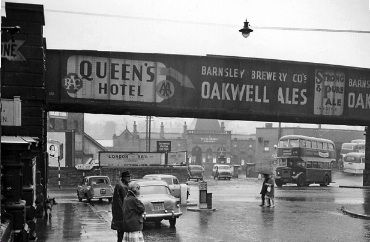 the exit from Barnsley bus station.
Exchange railway station in the background.
bridge at Court House railway station : c1960
P.S. Grand Central's trains from Kings Cross to Bradford traverse the bit of line between Crofton Junctions and Wakefield Kirkgate (see map above).
Next Blog : due Wednesday February 8th
Posted by fatbusbloke at 00:44