A Wee Hurl to West Hayling [4]

Until 1824, the only link to the northern part of Hayling Island was by boat or by the so-called "Wadeway", a track accessibly only at low tide. 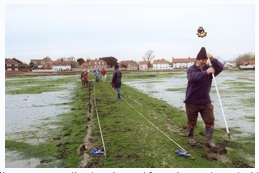 Debate is heated about the age of the wadeway, but it is most likely to be mediaeval. Recent excavation has shown that the clever causeway constructors created wider sections where horse drawn vehicles could pass or overtake. Probably without appropriate signage, though! 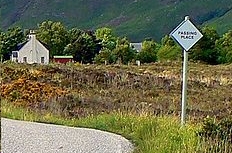 Intriguingly it is now shown on modern OS maps as a bridle path (dashed red line) ... 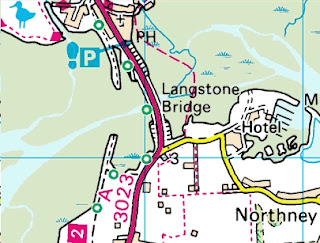 ... despite the fact that the route is dangerous and almost impassable, unless you fancy a swim!

The Wadeway is a raised trackway which was used at low tide to cross from Langstone Village to Hayling Island. It was once the most important route for people to get to the island before the bridge was built. Much of the Wadeway is still visible today at low tide. It is now known that it is Medieval in date, probably being built in the mid 14th century. The Wadeway runs in a roughly north to south direction. It is now divided into three different segments after being severed by dredging for the abortive Chichester to London Canal project in the early 1820s.

The Island led a very quiet existence until the mid 1930s, when the first stirrings emerged and it became popular as a seaside resort, with a holiday camp. However, it suffered from a weak road bridge and Southdown purchased two Dennis half-cab Falcons in 1939 ... 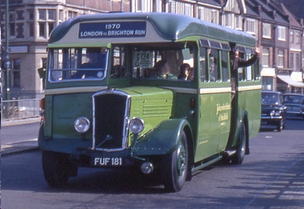 former Southdown Falcon No 81, as used on Hayling
... running to and from the island. 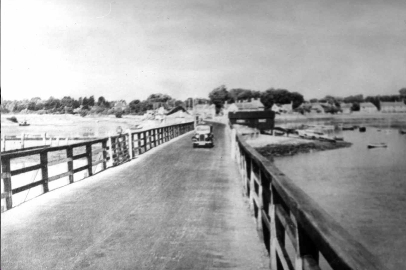 The wooden bridge was built on piles of African Oak and other timbers and had a 40ft swing section in the centre to allow for vessels to pass beneath. The 1824 bridge was described, in its time, as “One of the finest structure of the kind in the Kingdom”.

However, although the buses themselves were light enough to traverse the bridge, they were only allowed to do so if the vehicle was empty, thus, passengers had to alight and proceed across the bridge on foot, re-joining the bus the other side! They performed this task alone, until the two Bedfords were bought in 1948 with standard 27-seat Duple coach bodies and numbered 70 and 71 (JCD 370 and 371). Like the Dennis Falcons, they were acquired for the Hayling Island services because they were lightweight vehicles. However, being coaches, unlike the Falcons, their duties also included regular runs to London.

Depending on the type of vehicle used, only some of the passengers had to walk; it is not recorded how the "judgment of Solomon" was delivered and therefore whom was chosen. At one stage a specially "stripped down" bus provided a cross-bridge shuttle.

A new bridge, without restriction, was opened in 1956. 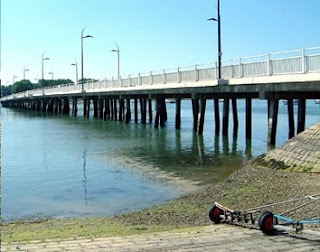 Back in the good old Southdown days, buses ran though from Portsmouth all the way round to Hayling ... 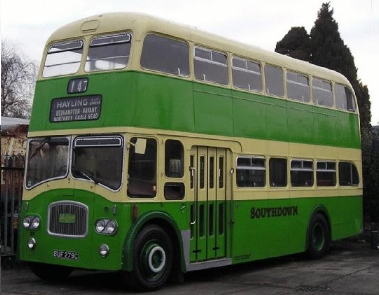 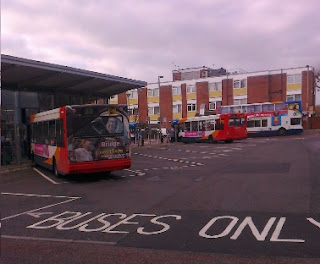 The route proceeds over the bridge, via assorted Holiday Camps at Mill Rythe and Manor Road Newtown (the latter seen from above, here) ... 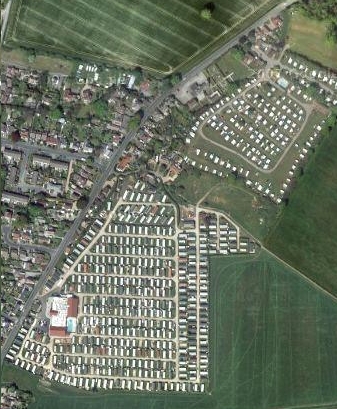 ... then via the site of the former railway station where the goodshed is nowa theatre ... 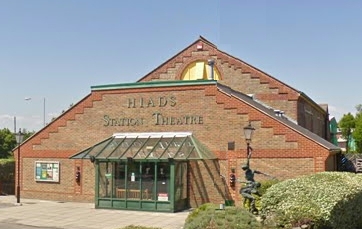 ... before arriving at the rather tired looking Beachlands amusement park. 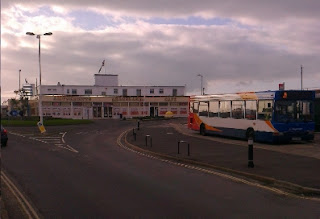 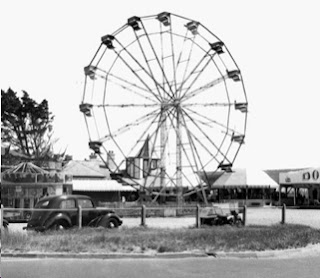 The route is a large circular (more accurately a "lollipop"), so the bus now continues to Sandy Point at the eastern end of Hayling Island and we will complete our journey tomorrow. Meanwhile, here is the route travelled so far at Hayling Island proper. 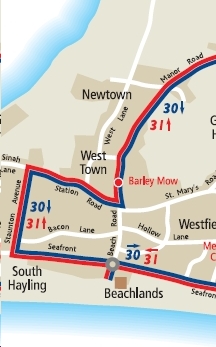 Next Blog : due Thursday February 2nd
Posted by fatbusbloke at 16:54