A Wee Hurl to West Hayling - a Postcript


A Wee Hurl to West Hayling [1] (read again)
A rather nice picture of an open top bus speeding (?) along Ferry Road having connected with the ferry from Portsmouth. 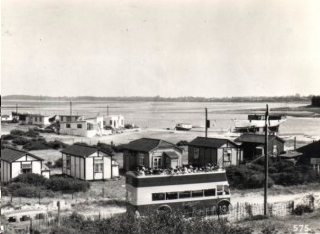 fbb commented that Langstone Bridge (the railway version) was hardly ever opened, if at all. But deep in the bowels of the interwebnet is this splendid shot of the bridge open and a tall masted vessel passing through. 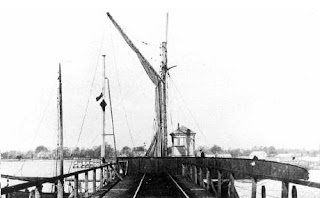 
A comment writer remembered his childhood holiday and being required to get off the bus and walk, reboarding at the other side. A serendipitous visit (on Wednesday 1st Feb, no less!) to a friend here on the Island elicited a gander at a very old video, entitled "Southdown Buses in the 50s" which had some fuzzy clips of the crossing.
First,the warning notice in the bus.... 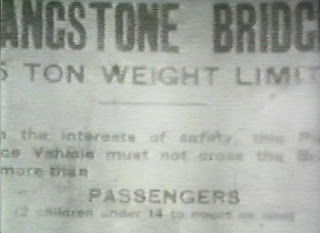 Then, just a glipmse of the alpha males of the mid 50s alighting and setting off following the bus across the "weak bridge" ... 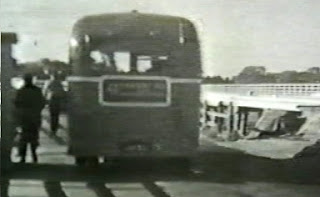 ... a pointless exercise as passengers and bus crossed together, so the weight was unchanged in total! The bus is showing service 47, Hayling via Manor Road, the equivalent of fbb's trip from Havant as far as Beachlands. Note the as yet unopened new bridge in the background. Even the "official" re-boarding point was "officially" labelled! 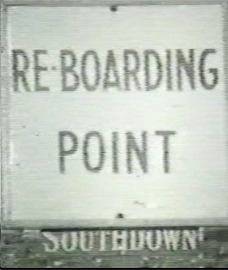 And another well-buried interwebnet picture takes us back to the very early days of the bridge in the 1920s with a shot of the very first toll gate. 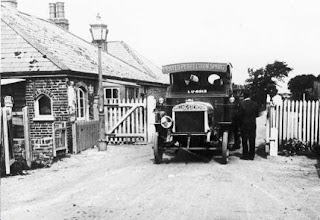 A memory of less busy times when motoring was a pleasure and the prerogative of the more wealthy citizenry! 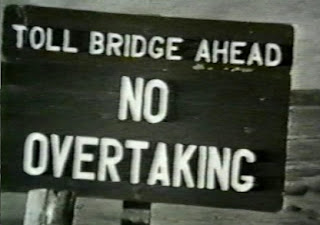 And a reminder of the weakness of the weak bridge, especially in its latter days. fbb is not an engineer, but rather thinks that these timbers should be fixed to something and the whole gubbins should be upright! 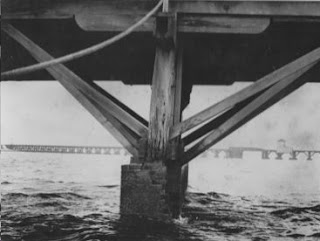 And finally, a very rare shot indeed showing the bridge open for a passing steamer! 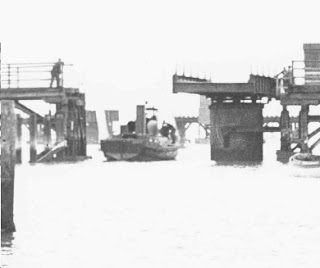 The caption "on-line" suggests that this is the railway bridge but notes "the signalbox has gone", which it hadn't. So fbb is pretty sure it's the road bridge; note the more pedestrian protective posts and railings compared with the open rail bridge above. Unless anyone "out there" knows better?
A Wee Hurl to West Hayling [5] (read again) 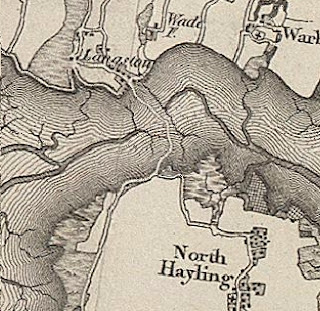 A very early map extract. Langston is spelt without its "e", just like the branch line station. The wadeway is the only link; no road bridge, no railway. This map dates from the early 1800s.
Was the wadeway roman or mediaeval? Half a mile of so south of the end of the causeway is a field where a bit of good archaeology lies buried. It is the remains of a roman shrine, seen here re-imagined. 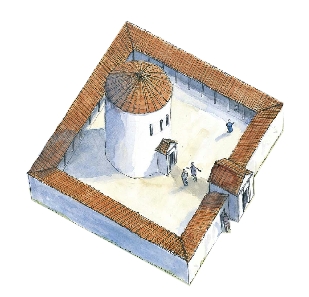 Here are the excavations in the 70s. 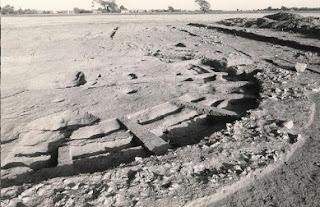 But buried below the temple there are signs of an earlier pre-roman ancient British shrine. The site is at North Hayling and a couple of miles further south, hidden in the trees, is Tourner Bury, an iron age fort. 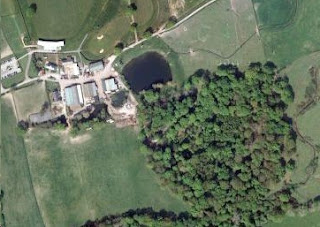 It was Hastings that once sold itself as "Famous with visitors since 1066". Hayling can beat that by well over 1000 years.

Next Blog : due Saturday Febuary 4th
Posted by fatbusbloke at 02:26