Paul Bunting, blog reader and London resident, had a personal problem. He and the choir were singing at a special service in a Church at Hampstead Garden Suburb. 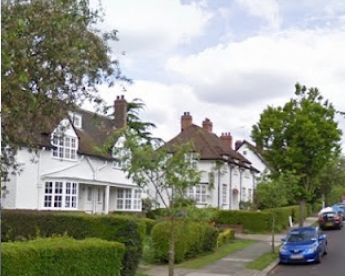 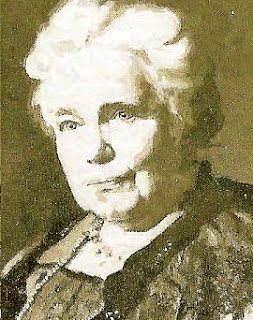 ... who, with her husband, Samuel, had started the Whitechapel Art Gallery and Toynbee Hall. In 1906, Barnett set up the Hampstead Garden Suburb Trust Ltd, which purchased 243 acres of land from Eton College for the scheme, and appointed Raymond Unwin as its architect.

Among the scheme’s aims were:

it should cater for all classes of people, and all income groups
there should be a low housing density
roads should be wide, and tree-lined
houses should be separated by hedges, not walls
woods and public gardens should be free to all
it should be quiet (no church bells!)

As a bus enthusiast, Paul was able to research and plan his journey on-line and in advance. His fellow choristers were less well motivated to spend long hours hunched over a gently smouldering confuser and it is their combined story that provokes this short blog series. 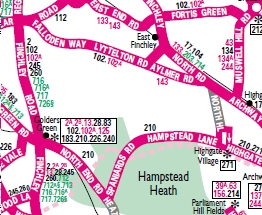 The Garden Suburb lies in the very large bus-less area between Finchley Road, Lyttleton Road and the Hampstead Heath Extension north of Spaniards Road. At least, busless it was until the early 70s. 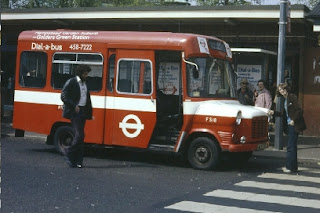 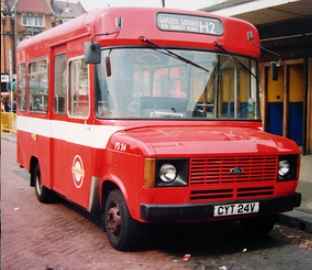 ... which soon reverted to plain white.
Then along came "tendering" whereby any bus company could offer to run a London bus route in return for the most "cost effective" price. R&I buses won the H2 ... 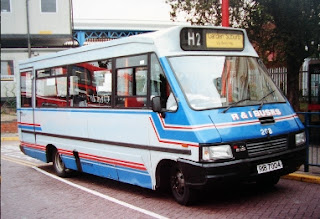 ... bringing non-red livery to London for a time. R&I was taken over by MTL London, the Liverpool-based company that, like many others, saw the bus stops of London as framed with gold. 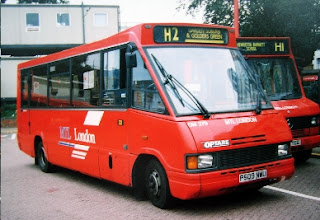 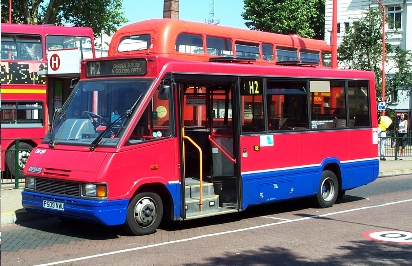 ... Metroline. Then along came "low floor" and the H2 contract was won by Arriva ... 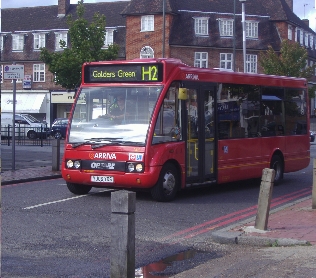 ... the current operator. The service runs every 12 minutes Monday to Saturday daytime and every 15 minutes evenings and all-day Sunday. Quite a spectacular service for an area traditionally unserved in the "good old days".

There are six H2s (and predecessors) above; and one more below ... 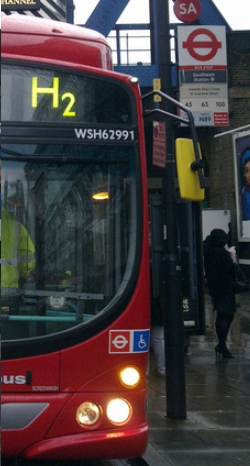 ... which doesn't go to Hampstead Garden Suburb. It's London's "Hydrogen" bus on a promotional tour.

The hydrogen bus apart, the H2 is a microcosm of London Bus politics; it shows the progress of the tendering process combined with the steady loss of small companies in favour of the big groups. Whether this is better for London than the monolithic and hide-bound London Transport of old is a subject of much debate. fbb proffers no opinion other than to say that over that last umpteen years neither structure has been able to provide the customer with a central area timetable book! 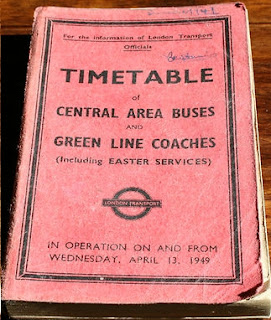 So, tomorrow, we share in Paul's anguish as he and his chorister chums try to find their ecclesiastical venue.