In Yesterday's blog we were aiming to travel with blog reader Paul to Hampstead Garden Suburb, where he and fellow choristers were performing at a special service. See "What to Do? Walk Through? H2? [part 2]" (read again) There are two churches at Central Square. To the south is ... 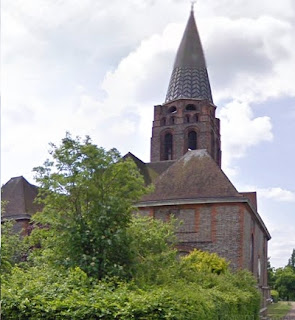 ... under the jurisdiction of the Church of England; and, to the north of the "green" ... 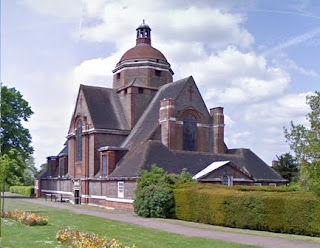 It was here that Paul was performing, and it was somewhere near here where he needed to get off the bus. The Transport for London [TfL] journey planner does not count churches as of any interest and offered only this:- 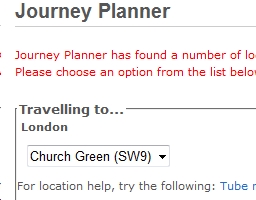 What of "i-bus" ...
"iBus keeps you informed every step of the way"

... the on-bus electronic screens controlled by some remote computer system, backed up by satellite, the Russian Mafia and the Chinese Tangs.

Sadly this is what you get for your money:- 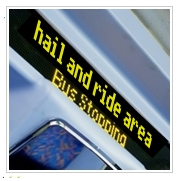 Paul also reminds fbb that the destination screens are now unhelpful. Once they told you ...

... where you are starting from.
.
So, let's summarise:-
The destination screens are useless
On-line maps are unhelpful
There are no bus stop signs
The journey planner can't find the church
There is no timetable
There is no map at the stop
The i-bus system is useless
Paul's driver refused to speak to him
So much for TfL's much praised technology.
.

Well, you are desperate to know; how did it all work out? While the first bus load of choristers were having an unguided tour of the Garden Suburb to get to Central Square and the Church, Paul was advised by a helpful fellow passenger ... 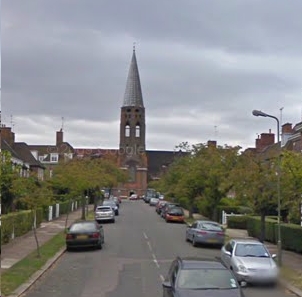 ... to get off the bus behind at Heathgate (just past Linnell Close on the non-stop bus stop list) and walk through to the Church; "not that one, that's St Jude's, but the one at the other end of the green." He arrived at the Free Church just in time to see his thoroughly confused colleague choristers getting off the previous bus, having had a full (almost) circular tour of Hampstead Garden Suburb. 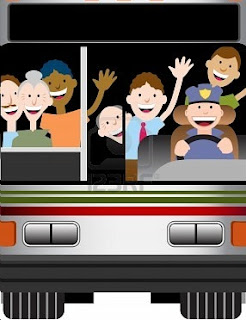 Technology nil; real people 10/10! Yes, fbb has spotted it's left hand drive, but you get the idea, surely?

Finally, here's an extract from the timetable that TfL won't let you see:-

London timetables are available on Robert Munster's splendid and reliable site (here).
Perhaps Transport for London could provide a link from its swirly twirly confusing site so that Paul and his chums could find a timetable?

One solution would be to provide a web site for London bus and train information. But nobody seems to have thought of that.

Next Blog : due Thursday March 29th