There is no service at the fbb's church today - SLACKERS!

fbb is cooking a mega breakfast a k a brunch - except for the fried eggs where Mrs fbb's consummate catering skills will be needed.

You would not believe what the old man can do to a fried egg! 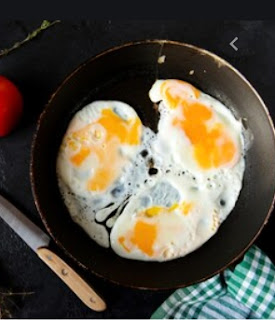 Seasonal Mini-Blog - A B C 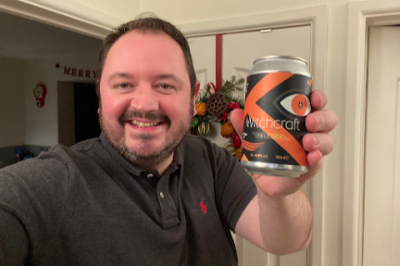 This chubby chappie is Alex Hornby, big cheese of Transdev in "The North", and he is clutching a can of Witchcraft Beer brewed in Burnley to celebrate the launch of the new look re-branded, snazzy, desire creating new buses for route X43, The Witchway. 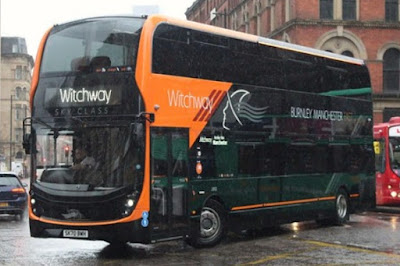 Obediently, fbb ordered a box of six tinnies to allow for a tasting, to be enjoyed during a viewing of episodes of Star Trek Discover on Netflix in the company of fellow Trek enthusiast, No 3 son. Assuming the alcohol does not incapacitate you festivity weary blogger, a report on the taste thereof may be appended towards the end of this item. 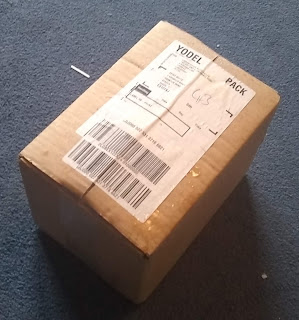 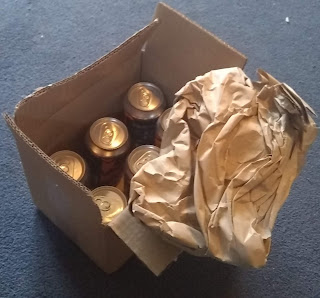 Obviously a low production run as the cans have paper labels, but intriguing none the less - and a jolly good marketing tool. 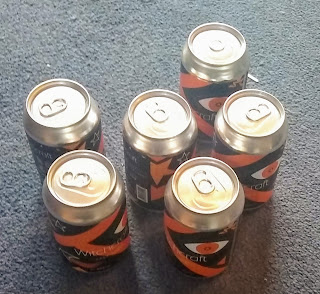 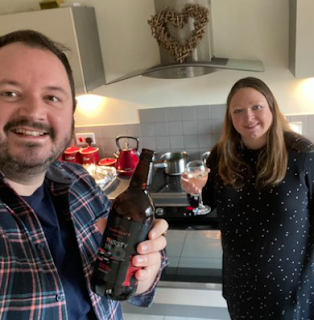 The Burnley beer is a light refreshing lager-type blonde with hints of tropical fruits and a spicy aftertaste, or so it says on the label. It's a beer, innit!
Aaaah Beautiful Christmas 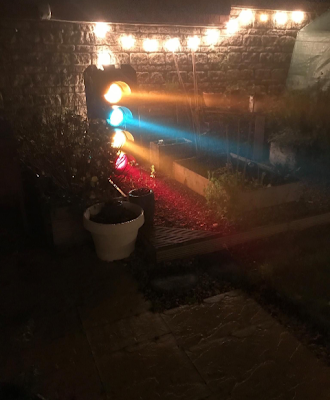 Some clever rail enthusiast (via a Twit) has an interesting take on festive illuminations. Look closely and you will see a four aspect colour-light signal "head" with all four aspects illuminated. Thankfully such a compete set of beams is not usually shown to an approaching train driver.
Maybe a bit bulky for the fbb living room and very heavy for the top of the tree..
A Beautiful Card ...

... from Wrightbus - and from Alexander Dennis ... 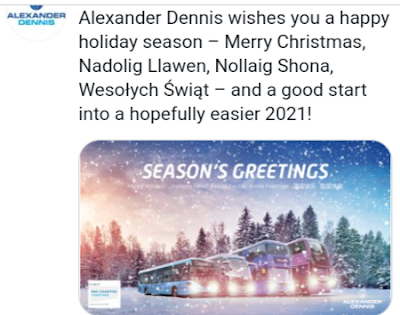 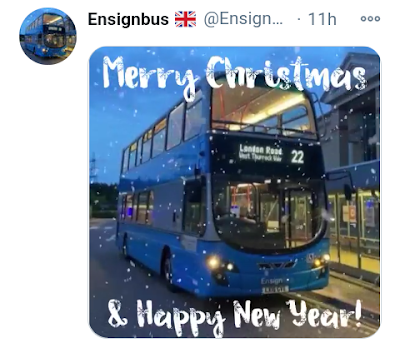 ... ALL with rare snow. fbb is 75 and can remember one childhood Christmas when a few wispy flakes fell on the family home.
Appalling Bus Confusion 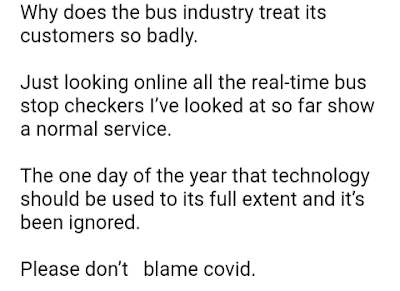 Presumably bus companies don't want passengers? Maybe they really are too much trouble, especially as HMG is paying all the bills. Even in Bristol, renowned for getting it right, this comes from the boss's Christmas newsletter. 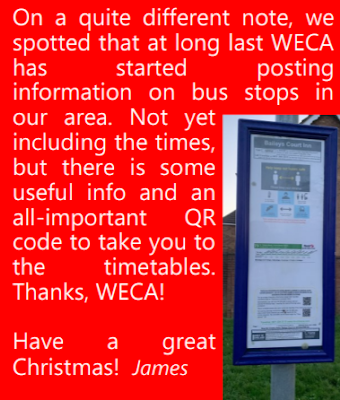 Strange that a lack of useful information is seen as better than no information. If WECA (We Entirely Cannot be A+??? Bothered) are not posting any timetables, surely James Freeman and his acolytes should be getting on their bikes and posting their own timetables.
Of course, silly, silly me. It's All On Line!
Accepting Best Compromise 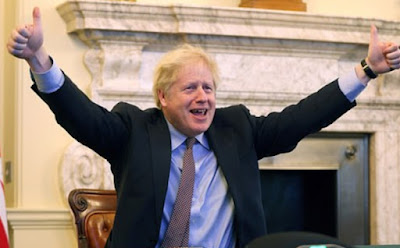 Meanwhile in the real world, it is beginning to looks like Manchester is reining back on the massive "gift horse" that isn't franchising.
A second consultation is now planned under the almost universal excuse that the Virus has changed everything; which it has, but probably not for ever! 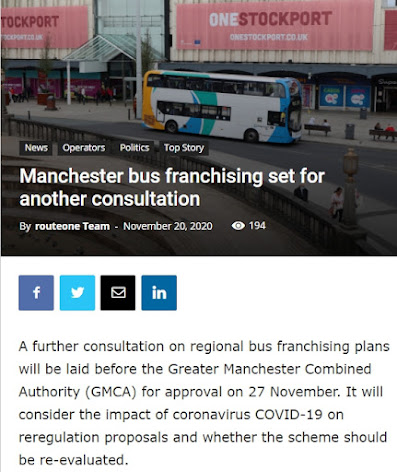 ... to be the evil bus snatcher! Older readers will remember a certain Minister of Education who withdrew the one third of a pint of healthy goodness from schoolchildren. 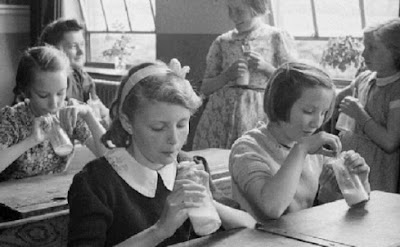 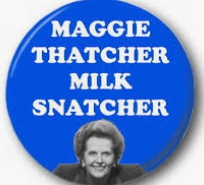 So, here is a poster on the side of a Rotala Diamond Bus in Manchester. 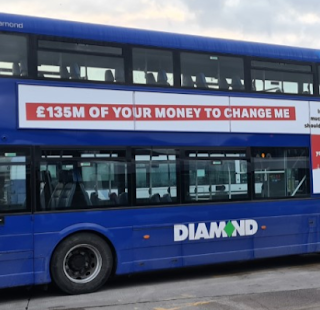 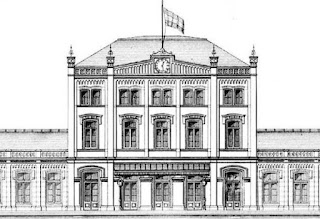 Arnhem (Netherlands) once had a distinguished and traditional station building, but ... 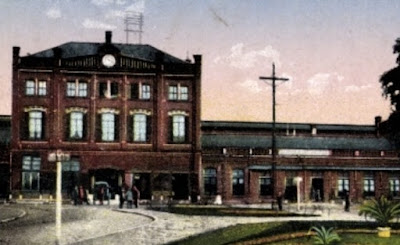 ... the community needed and deserved something better, 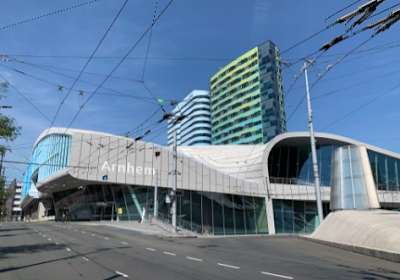 It looks a bit posh on the outside; but on the inside, WOW! 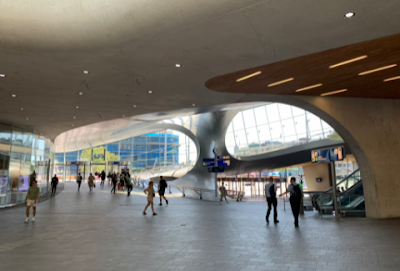 And the roof structure ... 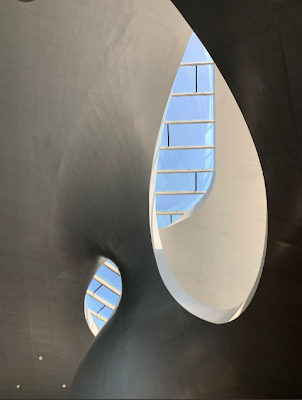 ... and whatever this is; or whatever way up it should be! 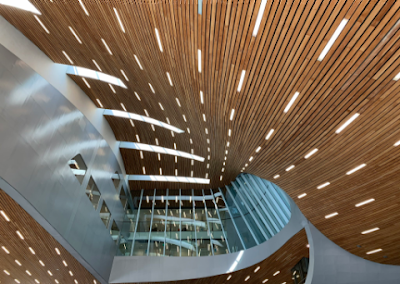 It is called "Creating Desire"!!
Next Seasonal Min-Blog : Monday 28th December
Posted by fatbusbloke at 02:00