Today, fbb is breaking in a new laptop. Like the old one, it seems unwilling to spell words correctly. Please excuse any deficiencies during the lengthy learning period.

Before He Starts Boxing ... 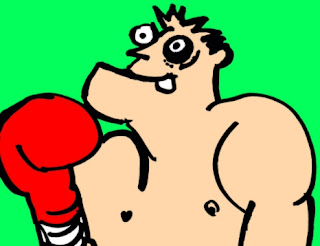 ... and enjoying again the fabulous festive table decoration created by Mrs fbb from a couple of electric candles and a lavish gift Poundland Special) from No 3 son ... 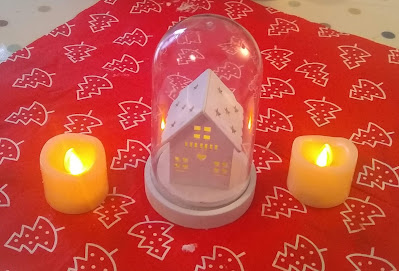 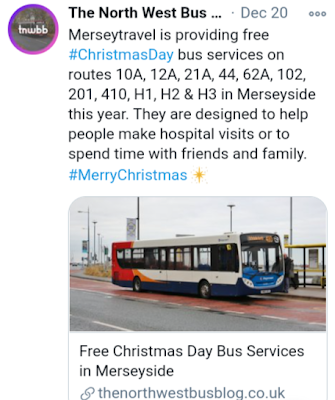 The services listed above are printed in full in this publication ... 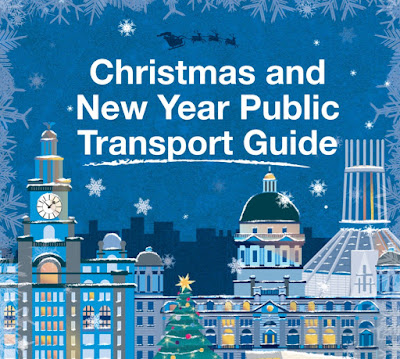 ... with an hourly service on each route, concentrating on those buses which serve hospitals, samples below. 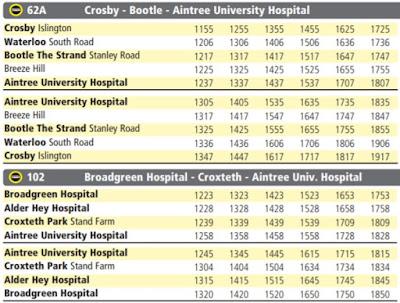 A whole bag of chocolate peanuts should be offered to Merseytravel. 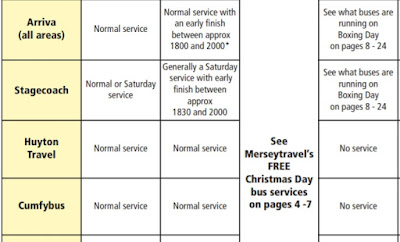 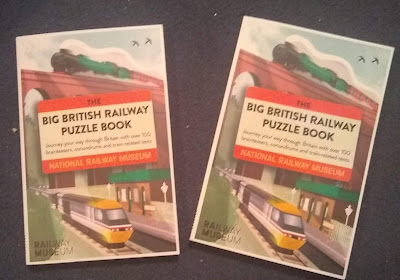 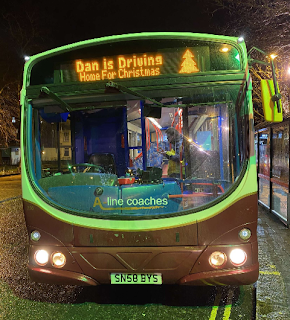 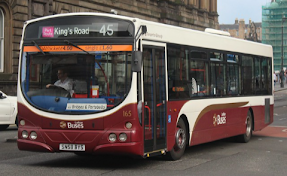 A set of very nice blind displays from A-Line Coaches of Gateshead - each picture accompanied by at least one example pf the bus's previous life. 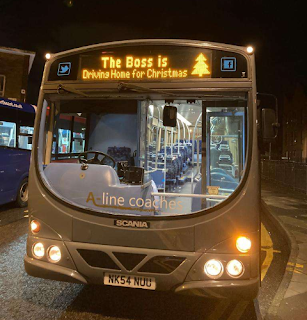 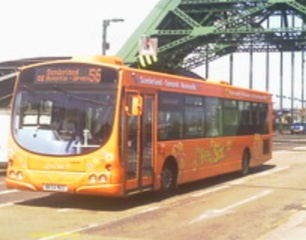 Good to see that "The Boss" is doing his bit! A neat touch and much better than "Sorry Not In Service". 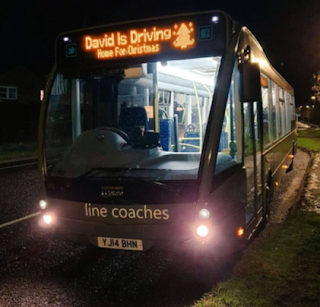 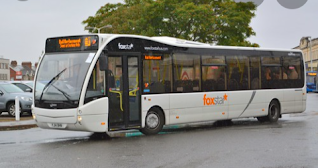 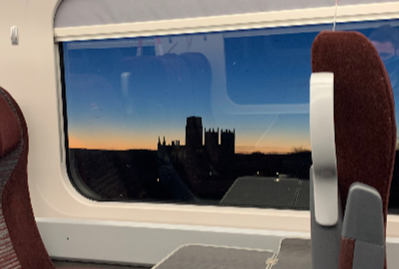 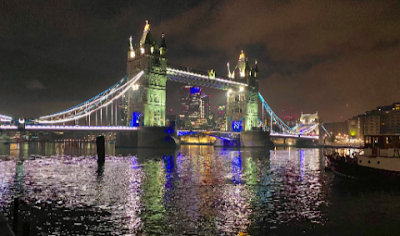 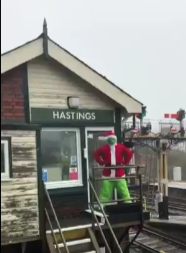 The Grinch (from the Bible book of Hezekiah, Chapter 3, remember!) brings festive cheer to rail passengers. Reputedly, at least one child spotted the green man and excitedly told his parents who, lacking the imagination of a child and/or the festive knowledge of the real truth of Kriss-Muss, failed to believe the little chap.
And Another Unexpected Christmas 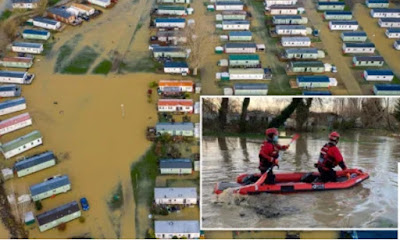 More than 1,000 people had to flee a caravan park on Christmas Eve because of flooding. Emergency services evacuated families from the holiday park after a downpour led the Billing Aquadrome to tell residents to leave ‘immediately’.  Some went to stay with their families, while others relied on local leisure centres and some hotel rooms that had been secured for emergency accommodation.  Several people needed to be rescued, with Northamptonshire Search and Rescue saving three adults from a car that was partly submerged in a ditch.  They also helped a young mum and her baby.  The 235-acre park has mobile homes and lodges in the Nene Valley. 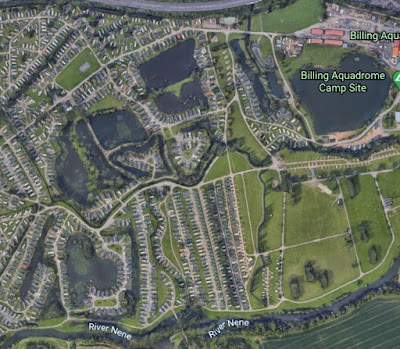 In his latter days at school and during Uni Summer hols, fbb used to work there, rising to the Elysian Heights of managing director;s gopher; but including such delights as selling bottles of fizz and ice cream, cleaning the bogs and driving the miniature railway train.
There were less caravans then - and Yorks bus service passed the door. 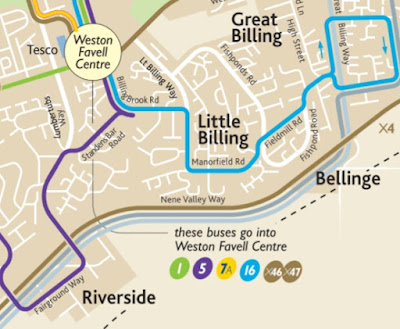 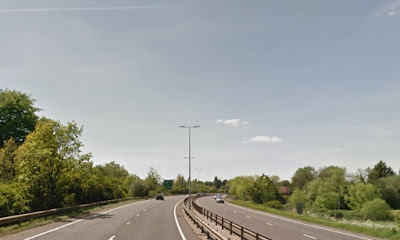 That wasn't there when fbb was selling Chocksticks ...

... a small choc ice on a stick that sold for as tanner, and was thus hugely popular.
Coming SOON to a blog near YOU
An in-depth look at the new Underground
(plus even more clutter) line diagram.

The hill on which the various Temples were build is pictured fancifully below. 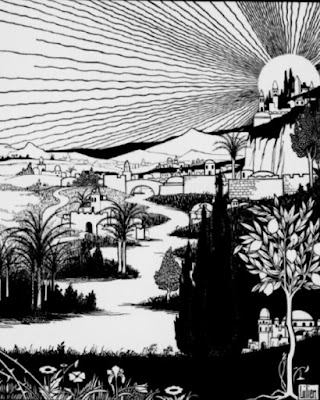 Because the temples were huge and magnificent, including, later, the Golden Gate ... 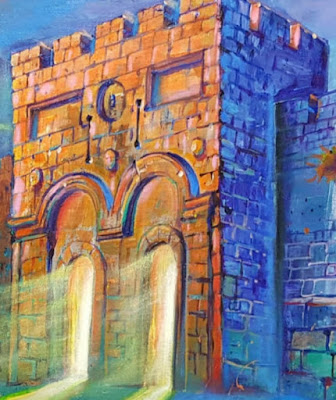 ... now blocked off, Zion became a euphemism for the Heavenly City. The image is, of course, just a feeble attempt by a human mind to describe somewhere which could never be described in human terms. But the images are certainly powerful.
There's your pearly gates!
fbb is sure that the guy called John, who wrote of his Revelation (last book in the Bible) never considered for one moment that his visions would be taken literally. His mind was bursting with ideas of richness, beauty and peace; all of these qualities way beyond any imaginable earthy experience.
Maybe we will have to wait until we get there!
It all kicks off with   CHRIST  mas  .
Posted by fatbusbloke at 02:00