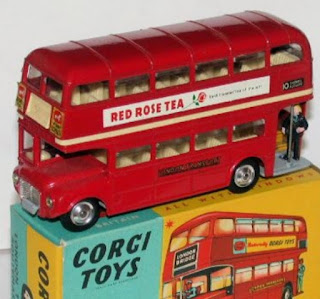 By modern standards, Corgi Toys Routemaster Bus was a fairly crude model. But it was much, much better than the Dinky Toys traditional double deck bus of the time, 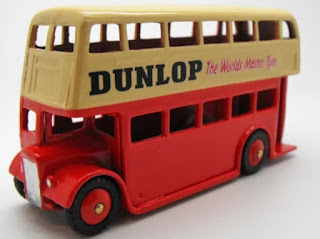 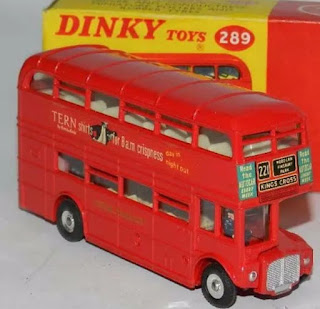 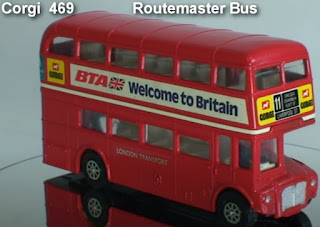 ... with shiny silvered wheels and a paper sticker for the destination blind and advert panels.
Today an OO gauge Routemaster is produced by EFE and is a vastly superior model - AND it has recently been re-tooled ... 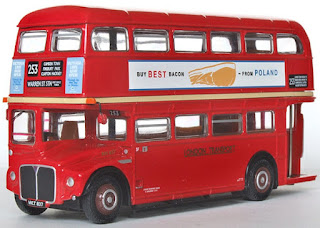 ... with even more detail where there was none before! 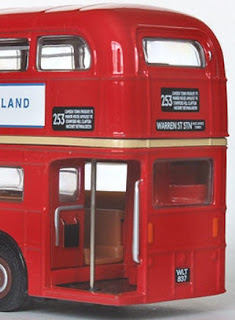 It seems unlikely that many of today's diecast model vehicles will be whizzed around dirt roads in thr back garden as were those of a chubby little fbb, Mind you, Neighbour Keith Bonham's collection of lorries, tractors and trailers were only enjoyed on his bedroom floor. Loaded and unloaded with tiny bundles of cut-short matchsticks, Keith ran a busy haulage business from a cardboard warehouse under the bed. fbb was seethingly jealous, aged 9.

The opinion on the street was that Corgis were superior to Dinkys ... 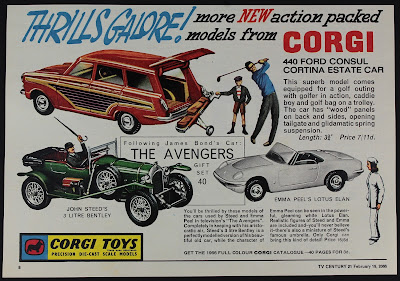 ... even after Dinky bucked their ideas up. Dinky failed first, however, with the collapse of Meccano Ltd in 1963.
So where did Corgi come from?

Mettoy Playcraft Ltd was the name of a range of toys manufactured in Northampton and Fforestfach Swansea, between the 1930s and 1980s. The Mettoy (Metal Toy) company was founded in 1933 by German émigré Philip Ullmann and was later joined by South African-born German Arthur Katz who had previously worked for Ulmann at his toy company Tipp and Co of Nuremberg. The firm made a variety of lithographed metal wind-up toys. 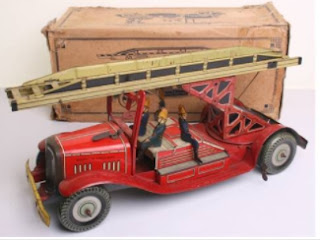 Both Jewish, they moved to Britain following Hitler’s rise to power in 1933. The firm is most famous for its line of die-cast toy motor vehicles of their Corgi Toys branch created in 1956.

The company was sold in 1984 with the assets of the company transferred to Corgi Toys but it folded shortly after.

The Playcraft side of the company came to fbb's notice as he was firstly researching and then amassing a collection of OO gauge tank wagons. It appeared that Playcraft offered two such, one four-wheeled ... 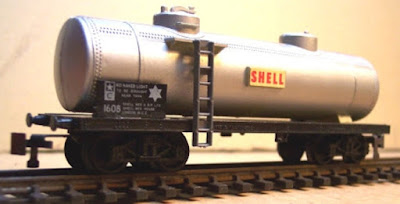 Bogie tank wagons with two big filler caps have been popular models over the years ... 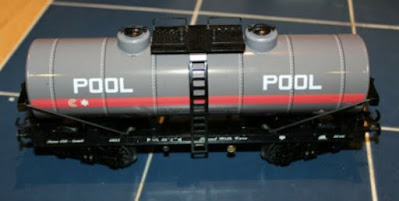 ... even with three fillers! 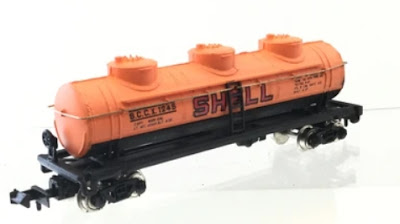 But only the Playcraft version was readily available for OO gauge track; in 1963 it cost 5/6 (five shilling and six pence - 27&frac12; pence).

Photos of real life versions are rare but, inevitably, there is an on-line enthusiast who has documented every wagon from the TW, TWF and TWX classes ... 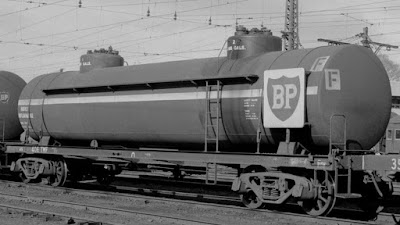 ... all of which were owned or operated by Victorian Railways. 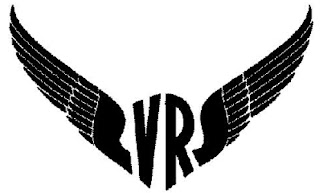 In case the superfluity of festive fare has dulled our readers' usually alert brain cells, that is NOT as in railways from the time of Queen Victoria but trains operated by the state railways of Victoria, Australia.

But when fbb spotted a Playcraft bogie tank wagon on offer on EBay at a modest price (sadly slightly marred by rip-off postage charges) ...

... fbb just had to press the "buy now" button and excitedly await its arrival.

The model duly arrived but it did spark a certain amount of mystery and confusion.

Tomorrow's blog will reveal all; possibly with too much post festive excitement!

Red Arrow 500 was the first of what was intended to be THE bus for central London. (see also bendibus.) At a flat fare of a tanner (6d, 2&frac12;p) with slot machines and turnstiles, the concept was designed to speed boarding, simplify fares and be super smashing and swizzy for the bustling metropolis.

Sadly, the ticket machines were unreliable, the turnstliles were slow and eventually the Red Arrows (of which there were many) became normal buses. By the time the tanner had inflated to 20p, the bosses decided that the 500 should morph into a shoppers bus as well as a commuter short hop. 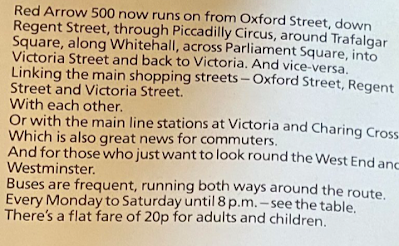 There was a leaflet (remember them?) and a map ... 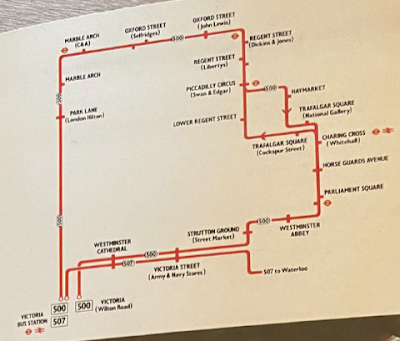 ... and, according to said leaflet, the 500 stopped INSIDE some of the Oxford Street clothes shops! 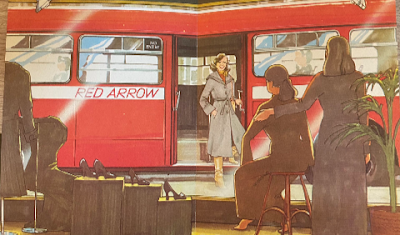 Maybe not, eh?
You could also buy a Dinky Toy Red Arrow bus. 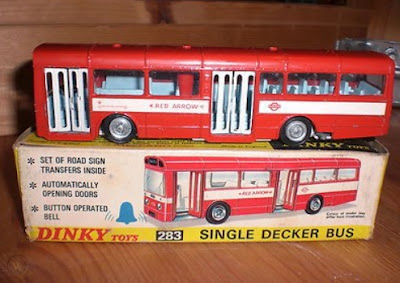 You could own one today for about £80. DOUBLE OUCH!