Not a traditional carol, but a song about Mary and her Baby. In the Bible we read "she pondered all these things in her heart." There was plenty for Mary to ponder and plenty for 2020 mankind to ponder as well. 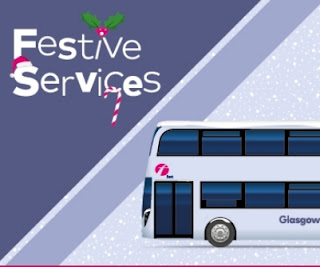 When fbb was a-wooing the future Mrs fbb, both trains and buses ran on Christmas Day, but nothing on New Year's Day as befitted the Hogmanay emphasis north of Hadrian's Wall. But now we have "Festive" services with no mention of the Birthday Boy :-

Saturday 26 & Sunday 27 December 2020 - Sunday timetables will operate on all services.

Christmas Eve (Thursday 24 December) - Lothian, Lothiancountry and EastCoastbuses will operate a Saturday service, finishing earlier than normal with last journeys through the city centre at approximately 21:30. 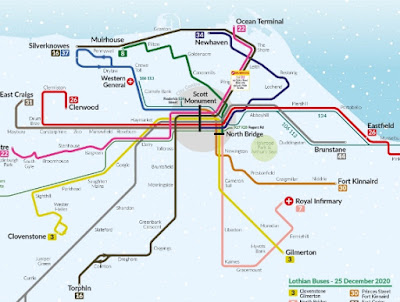 EastCoastbuses will run special Services on the 106, 113 and 124, with financial support from East Lothian Council.

Why the difference? One reason is that First Glasgow is serving its shareholders whilst Lothian is owned by the Council and has a stroing desire to serve its shareholders, namely the people of the Lothian Region. 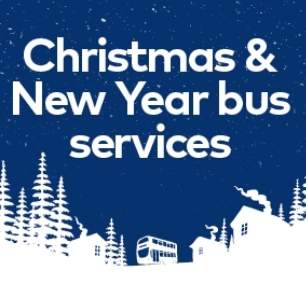 After some years of Boxing Day operation, it is back to two days with no buses. Early finish applies as usual on Christmas Eve.
But it is still Christ-mas! 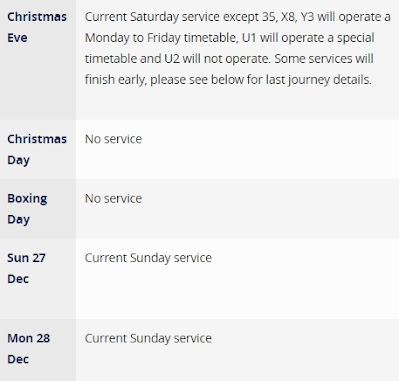 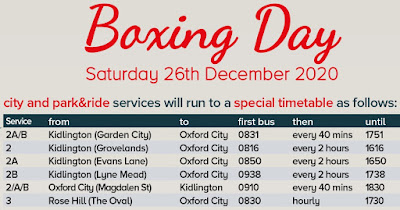 A reasonable service on 26th from Go Ahead City Bus (extract only shown above) and similar from Stagecoach ... 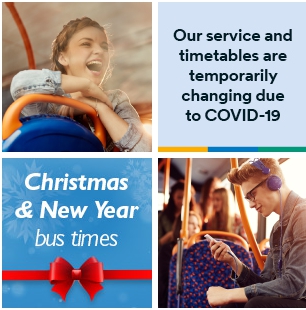 ... with a small Christ-mas click-picture,
Boxing Day - Saturday 26th December 2020
No services on routes 3A, 12, 14, 14A, 16, 16A, 26, 34, 200, 233, 488, 489, 500, 505, 700, 800, 900, N3, N7, N8, N10, NS1, NS3, NS5, NS8, S2, S4, S7.
All other local routes – Saturday service, with some routes finishing earlier than usual.
The Oxford Tube will be suspended until further notice following Tier 4 travel restrictions.
It is worth noting that the change in tiers in various parts of the UK may well bring last minute revisions to all sorts of public transport as with Oxford Tube above. Most arrangements for Christmas were in place long before Tier 4 brought even more tears into people's lives.
But remember Martin Luther's advice in a previous epidemic, "Wash your hands and pray!" We need more of the latter.
The above is not, of course, an exhaustive survey; but it does reveal some inexplicable differences. It seems highly unlikely that folk in Glasgow behave differently from those in Edinburgh, yet Glaswegians are banned from Public Transport on Christmas Day but just a few miles away folk in the Scottish Capital have an adequate frequency on "the big day"
Two days of buslessness in Bristol but a reasonable Boxing Day frequency in Oxford. The "Why" is a mystery.
Meanwhile, as usual, In that hotbed of crowded residential communities ...
Isle Of Wight - I'm All Right! 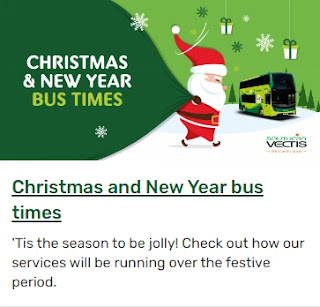 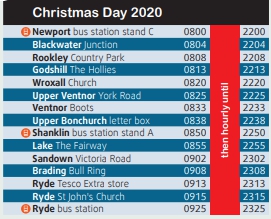 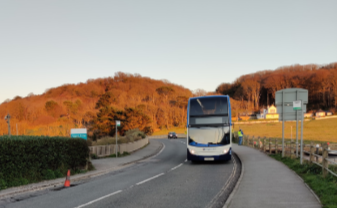 No 3 son, bubble partner of the oldies, took these pictures of the tyre ripping chasm at Axmouth Bridge. The cone is unofficial and has already been crushed by a passing vehicle. 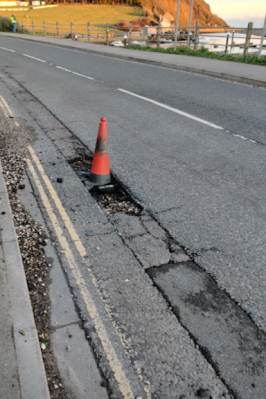 The ends of the trough seem to have been worn down since it "got" the fbb limo.

In the Old Testament of the Bible the word "god" tends to be generic, as in "one god" or "many gods" or "pagan gods". God (capital G) has a title and a name. The title is "El" (same word as Islam's Allah) and it is usually joined to other descriptive words. 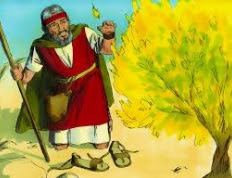 ... God introduced himself formally.
But Moses replied, “When I go to the Israelites and say to them, ‘The god of your ancestors sent me to you,’ they will ask me, ‘What is his name?’ So what can I tell them?” God said, “I am who I am. You must tell them: ‘The one who is called I Am has sent me to you.’"
The name, expressed in Western letters, was ...
YHVH
... pronounced Yah We (that's "we" as in the first two letters of "wet". The word is a form of the verb "to be" (in English!) and means "I am, I always have been and I always will be"; a very appropriate name for an eternal being. 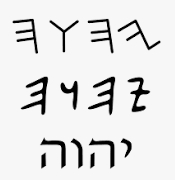 Remember that, for many centuries, there were no vowels in Hebrew; also the language reads from right to left!.
The ancients considered that God's name was so holy and so precious that they never dared to use it. But what might happen, they thought, if they accidentally read "The Name" from their scroll? So, later, when vowels were added to the Hebrew language, they decided to insert the vowels from the Hebrew for "lord", namely "adonai", into the Tetragrammaton. (Look it up; there's nothing good on the telly today!)
This gave ...
YaHoVaiH
... which came to us as "Jehovah" a totally fake Hebrew name. There never was a god called Jehovah. You can, quite legitimately say that Jehovah does not exist, never existed and will never exist!
But eternal Yahweh stepped from his eternity into "our" universe ...