Back To The Drawing Board!

The buses launched with much razzamatazz on Newcastle's Quaylink service in 2005 ... 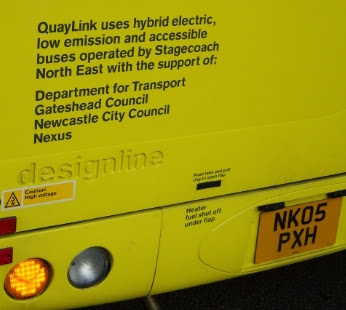 ... were on their way out after only three years. Here's where they ended up! 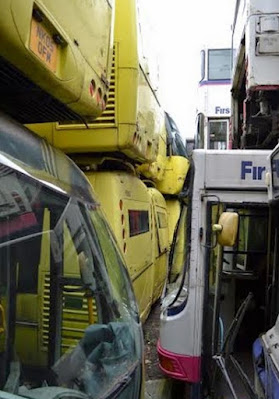 With fingers burnt and bank balance depleted, despite substantial subsidy for every agency in sight, you would guess that Stagecoach didn't shed too many tears to see the job taken on by Go Ahead. 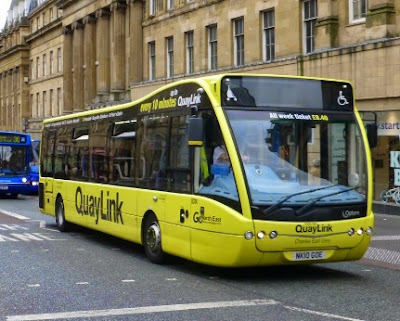 ... but running a ten minute service on both the Q1 and the Q2 just like what Stagecoach had did. 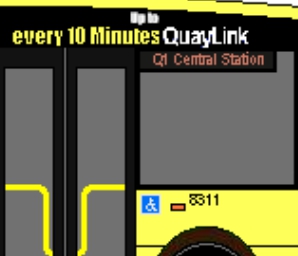 And so this trendy innovative service carried on for a further five years. Then came the not unexpected body blow. Subsidies were to be withdrawn completely from 2015.

Would this be the end of Quaylink? Would the cavalry reach the beleaguered fort in time? Would the authorities find a bag or two of pound coins in the back of a cupboard? Would GoAhead pull some sort of scheduling rabbit out if its corporate hat?

Answer, non of these. GoAhead's cunning plan began with a reduction of service from every 10 to every 15 minutes on each route.

Then the Q1 was joined with a Gateshead local route, the 51 and 52 previously branded "Orbit". 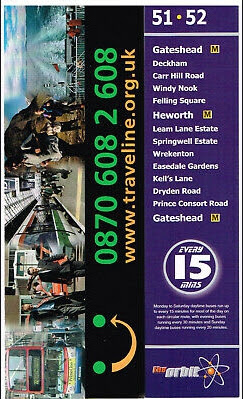 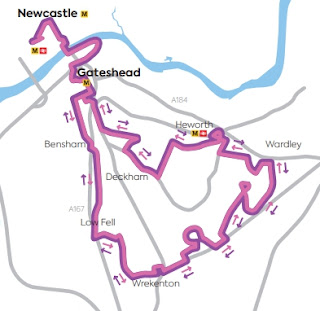 ... and was blessed with branded buses, of course. 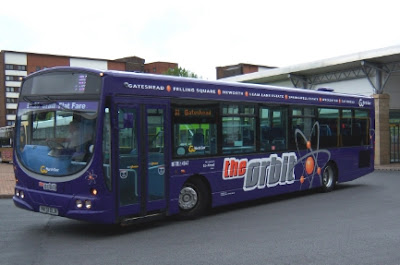 Orbit becomes Quaylink Q1 and Q2 and folk from Heworth, Wardley, Wrekenton and Low Fell could now join the queues for the Qs and travel into Newcastle Central station. Their journey would, of course. be longer than usual but provide an exciting ride via Gatehead's Quayside - almost as exciting as Newcastle's Quayside.

So what about the former Q2. Just to confuse everybody that is linked to the Great Park and Ride X40, ... 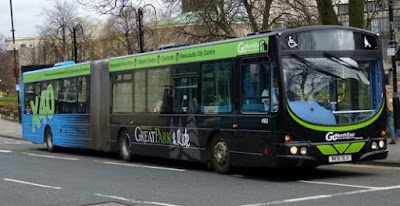 ... which should be the Great Park Park and Ride as it serves a Park and Ride site and Great Park Village. As usual do not think of the sound of willow on leather on the village green as sheep graze quietly in the outfield. 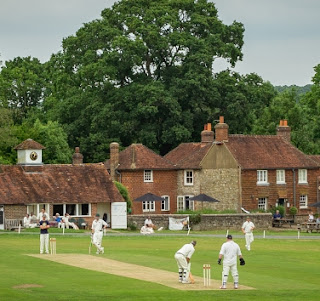 This is Great Park Park and Ride site ... 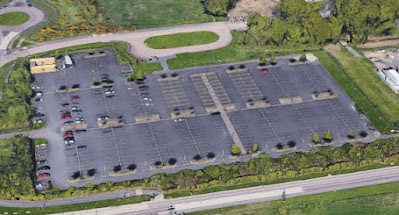 ... and a small part of Great Park "Village" (a touch of the Pete Seagers!) 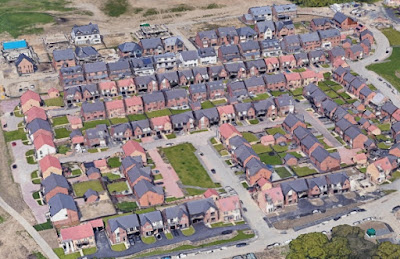 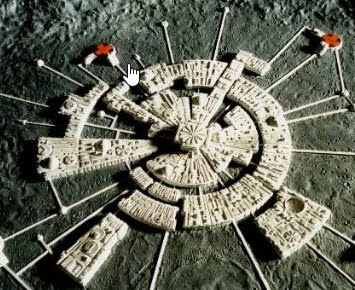 ... more usually known as the HQ of Sage computing. 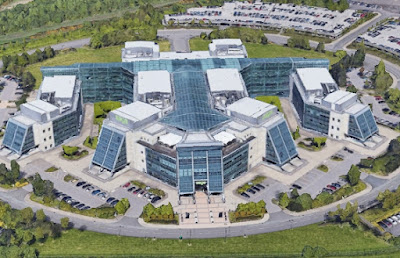 From here the old X40 and the new Q3 whisk you happily every 15 minutes into the city and beyond via the Newcastle Quayside to St Philips Basin. 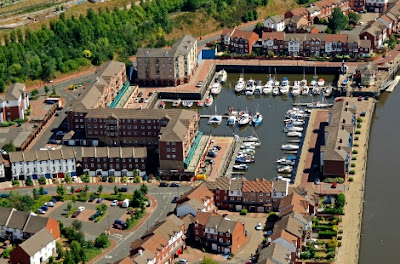 To accompany the revised Qs, the plain yellow livery gained a Purple splodge for the Q1/Q2 ... 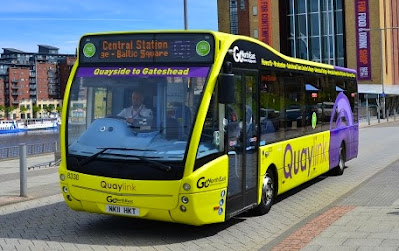 In 2016, the Q3 was extended to Wallsend.
So both the Quaylink corridors have changed from being a very recognisable and environmentally train-blazing special service to the Newcastle and Gateshead Quayside area to being very ordinary bus routes that just happen to go via the Quays.
If GoAhead has simply tacked a loss-making Quayside service on to other profitable routes to make it look good for the accountants, then all they are doing is hiding the painful truth - that the Quayside Qs will never be "commercial". Alternatively linking the Qs to real bus routes may bring passengers in their droves to gaze enviously on blocks of Tyneside flats, and business will boom.
Which will it Be?
Whatever the answer, after five years of operation, it is time for a relaunch, rebrand and repaint. As you do!
Out goes Quaylink and in comes the snappy ... 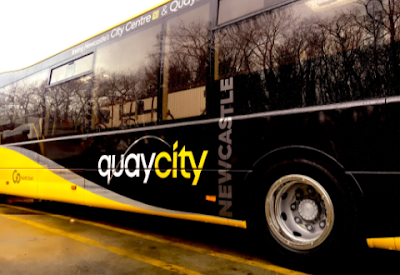 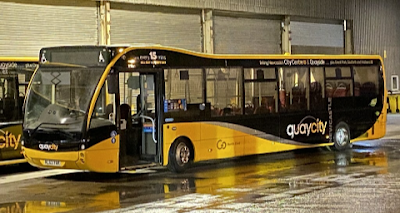 Will the new livery create desire (as they say) and attract extra customers; or has it merely provided much extra work for some residents of Battersea?
On the web site everything is still Quaylink ... 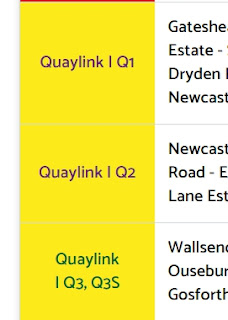 ... except the Q3 timetable which gives the secret away! 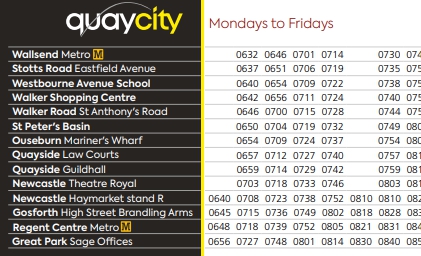 Maybe there is an exciting official launch to come.
Two things you may have wondered about ...
(1) where has the Great Park Park and Ride gone from the timetable above?
The Park and Ride is closed and in use as a drive-in Covid testing station
And (2); what is a Q3S?
No idea!

There is no escaping the fact. Kinging is far less popular in the 21st century than it used to be - but we still sing about it, as we were reminded yesterday.
Then let us all with one accordsing praises to our heavenly Lordwho hath made heaven and earth of nought,and with his blood mankind hath bought.Nowell, nowell, nowell, nowell,born is the King of Israel.
In what way was Jesus destined to be the "King of the Jews", a prediction that so enraged Herod? Certainly Jesus never made it as an earthly king; he ended up crucified after only three years of teaching and stuff - so not very good Kinging at all.
The Wise Men (Magi) worked it out as we shall see in due course. They had a vision of eternity, of heaven, of thrones (not a game of but deadly serious) and of Jesus reigning for ever.
That is hugely challenging to grasp, and it hurts our puny human brains to think about it.
But the idea that we have the offer of an eternity with a loving joyous God in a Heaven that is outside out limited space and time must be worth a go. Maybe we can begin to tread warily into an idea of heaven if we consider some of the visions in the book of Revelation?
I heard a loud voice speaking from the throne: “Now God's home is with people! He will live with them, and they shall be his people. God himself will be with them, and he will be their God. He will wipe away all tears from their eyes. There will be no more death, no more grief or crying or pain. The old things have disappeared.” Then the one who sits on the throne said, “And now I make all things new!”
CHRIST  mas  should give all of us a lot to think about and not just what we will have for diner on 25th. ("city" = "heaven" : "lamb" = "Jesus the King") 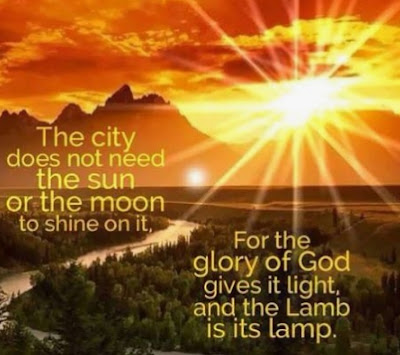