Where Goes With Logos? Who Knows? (3) Or even a yellow one! Linguistically a "roundel" is a flat round disc. It comes from Old French "rond" (round) and the "el" is a diminutive, so it means a small round thing. It was/is used in heraldry for a "small round thing" on a coat of arms. 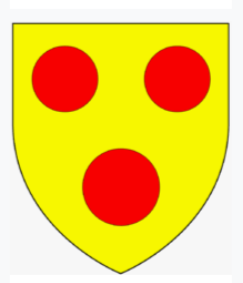 Heraldry is so crazy that it is almost a laugh. You may know it uses antiquated words for colours, also derived from Old French. 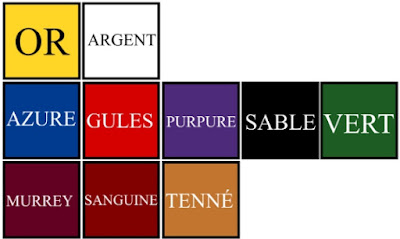 "Or" and "Argent" are representative of gold and silver metals. "Sanguine" is blood-red (ruby?), as opposed to "gules" which is more of a vermilion.

But when the colours (sorry "tincture") are applied to roundels, the roundel gets a new name! 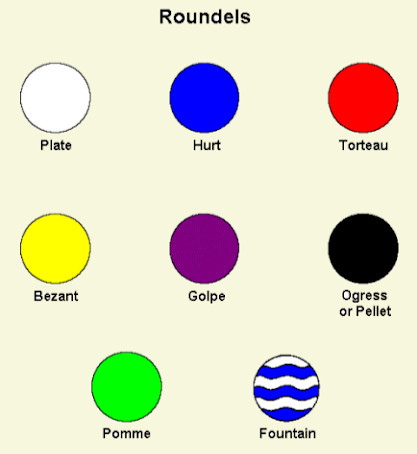 So now you know: a purple disc, a roundel purpure is actually a golpe. Now there's a really useful set of facts to chat about over a pint in the pub; but only on the Isle of Wight, Scilly Isles or in Cornwall. Elsewhere you will have to have a scotch egg and chips with your bevvy.

Anyway, aircraft enthusiasts will know the word roundel as it is used for the country's "badge" on military aircraft. 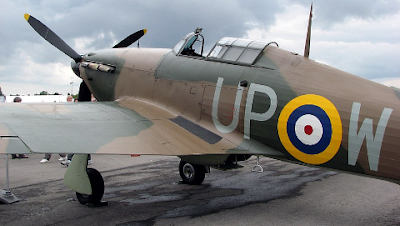 Some military roundels are, it would appear from the map below, anything but round. 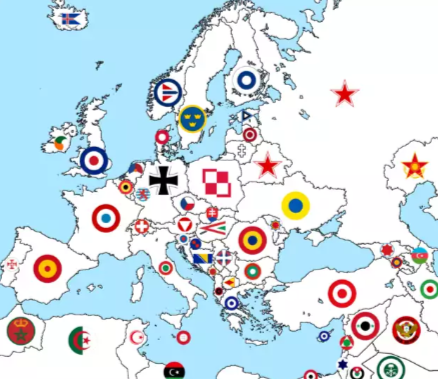 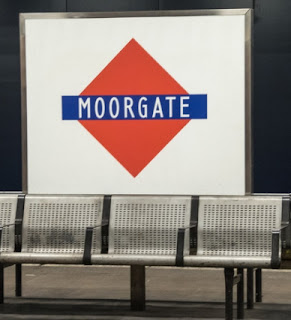 ... first appeared in 1908 at St James' Park station. It was a circular roundel gules (a "torteau" in fact - Old French for a small tart) with the familiar blue bar. 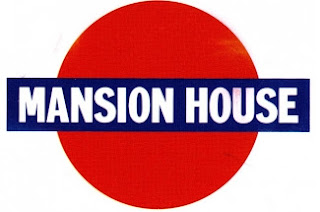 The big question, of course is this. As the Met and the District Railway hated each others brake blocks with a vehemence that has never been beaten in railway history, did the Met copy the District in concept, whilst remaining different and aloof in shape; or was it vice-versa? On line infromation suggests that the Met came second in the war of the logos!

Examples of the "torteau and bar" do appear from time to time, having been found at the back of the cupboard at certain stations. 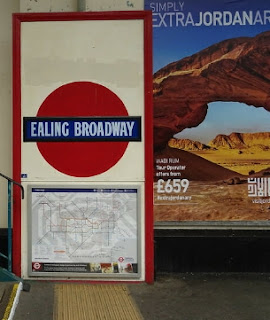 Despite this difference, the formation of London Transport in 1933 brought the genius and wisdom of publicity conscious Frank Pick to the Party. The "circle and bar" roundel became the standard for all London Transport services. 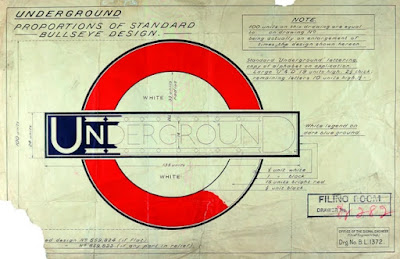 This was specified by Edward Johnson ... 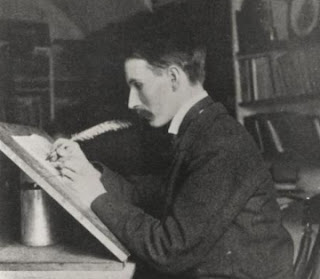 ... whose font and its derivatives became the hallmark of all London Transport publications,
Two things to note.

It was officially called a "bullseye" until quite recently when, possibly proposed by politically principled politicians as painfully perturbing to bulls ... 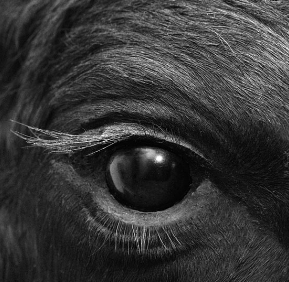 ... the term roundel came into currency.
Of course, the story is complex; and lengthy articles, books and learned design treatises have been written on the subject. With the creation of "London Transport" in 1933, the overseeing body gained its own roundel. 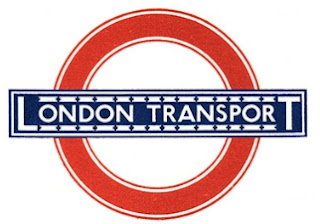 Note that the bar is narrower than Johnson's original and the circle is outlined in red. They experimented with colours ...

... and London Transport was added to the standard Undergound logo but with black outlines - spoiling it. 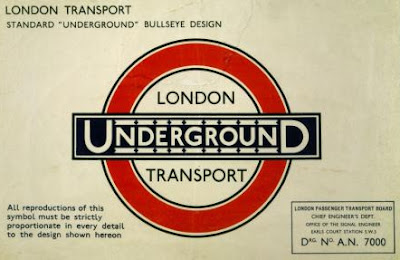 As the story of the bullseye progresses, other stuff happened to it. So, tomorrow, we will all play a jolly festive game of "Spot The Roundel" as we test our powers of observation and identification.
Cannock Castaway 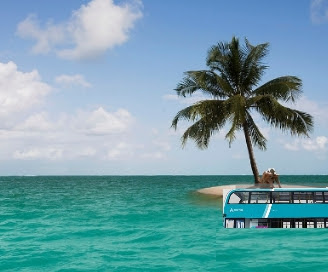 Arriva has now officially announced what has been general knowledge in the industry for some time. It is selling its Cannock operation to D & G Bus.
LETS PLAY MUSICAL SHARES!

D&G Bus was formed by David Reeves and Gerald Henderson in April 1998 initially operating four buses on two routes under contract to Stoke-on-Trent City Council. It expanded with both route and school services in Cheshire and Staffordshire with 16 buses by the end of 1998.

In August 2011 the Staffordshire business was sold to Wardle Transport with 46 routes, 30 buses and the Adderley Green depot. In September 2011 D&G Bus and Julian Peddle purchased South Lancs Travel in Atherton, Greater Manchester. In August 2012 the Midland business was sold to Arriva Midlands with 61 buses. In December 2014, the route operations of BakerBus were purchased with nine buses.

In March 2015, D&G sold South Lancs Travel to Rotala and in May 2015 purchased Wardle Transport back from Arriva Midlands.

In December 2019, Julian Peddle's Centrebus Group purchased David Reeves shareholding in D&G bus, at present it will continue to operate as a separate unit from Centrebus.

There will be a test tomorrow, so revise well tonight!
Arriva explains all:-
From the end of service on 9th January 2021, Arriva are planning to hand over the running and operation of their Cannock bus depot and all local routes operated from the depot to D&G Bus.
Arriva’s Cannock depot has 29 services covering areas around Cannock and Stafford, nearly all of which would be passed onto D&G Bus from the effective take over date. Arriva’s route 5 in Stafford and services between Tamworth and Lichfield are unaffected and will continue to be run by Arriva.
It is quite a big dump and fbb will examine and explain more in tomorrow's blog. 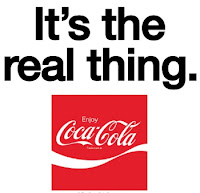 It is good to know that Hornby understands the reason for the season. 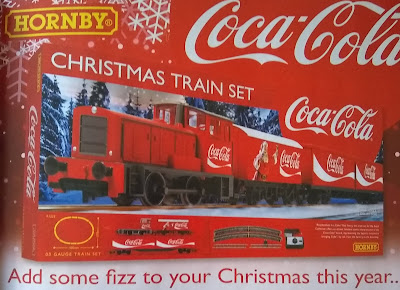 CocaCola is the Fizz of the Festivitizz! 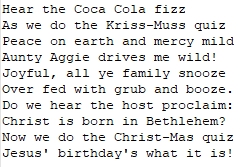 The Bible gets stick for being anti-women, full of God's "smiting" people, historical inaccuracy and hopelessly out of tune with 21st Century living. Of course NONE of these is actually true but, sadly, the product of ill-informed half truths. The Bible does present problems, however, for modern readers, especially if they try to read a traditional King James (a k a Authorised) version.
It would take a plethora of blogs to investigate these misconceptions so, for the moment we will stick to this.
Generally The Bible is not very interested in   CHRIST  mas  !
There are
1,189 "chapters" in the Bible
260 "chapters" in the New Testament
89 "chapters" in the four Gospels
There are only THREE "chapters" about  CHRIST  mas  !
The celebration of Christ's birth really only developed about 300AD and over the years the Nativity has become a pathetic sideshow in the commercialism of Kriss-Muss. Prior to 300AD it was just a biblically recorded event, planned and announced by God's prophets and delivered by Joe and Mary with a bit of help from some dubious zero hours ovine supervision operatives.
But, if we read those three chapters with an open mind, we will see that something astounding is recorded; but it is astounding in its simplicity and authenticity. Yes, there is the miraculous, the superhuman, but it intrudes surprisingly believably into a real human interest story.
Worth another read in Matthew's and Luke's gospels. 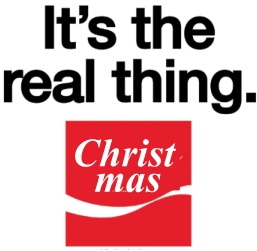 And this is what the Bible says about itself (in the second letter of Paul to Timothy).
All Scripture is inspired by God and is useful for teaching, for showing people what is wrong in their lives, for correcting faults, and for teaching how to live to God's standard.
Posted by fatbusbloke at 02:00