Where Goes With Logos? Who Knows? (4)

The whole world (?) is familiar with the London Transport logo; Frank Pick did a capital job in defining transport in the Capital. His legacy lives on today, and will doubtless continue to do so. But, as you can see above, it is wrong to think that the logo hasn't changed since 1933 (and even before that!)

But, for the Underground at least, the red circle with blue bar and white lettering has stayed the course. A week ago (ish) we saw how Oxford Circus' signs had been disgracefully replaced by a none-too-subtle advert for the Play Station 5. (It is a popular but expensive electronic games console, m'lud; young people have them surgically welded to their hands.) 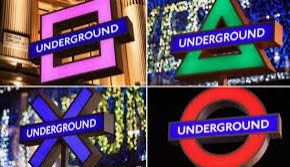 fbb does not intend to venture any further into the world of logos re-jigged for advertising or other non transport related purposes.

So first, the quiz. Can you identify which part of Transport for London's ever widening remit is indicated by these logos. 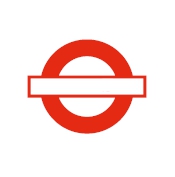 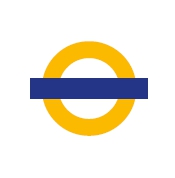 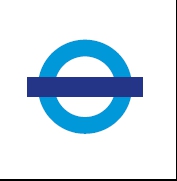 LOGO 4 (too easy, but vehicular white on red) 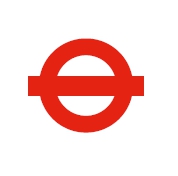 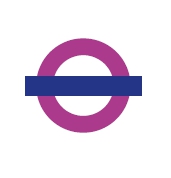 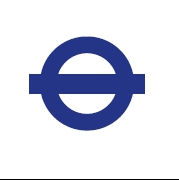 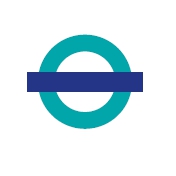 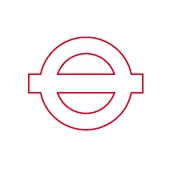 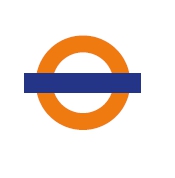 LOGO 10 (the original and best) 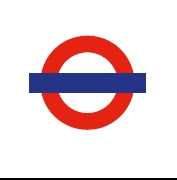 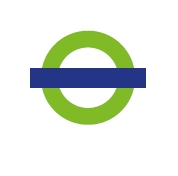 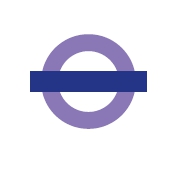 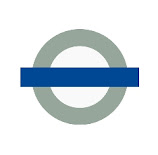 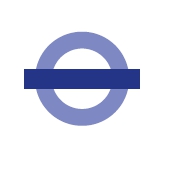 LOGO 15 (for nostalgia - colour has varied)

There are no prizes (boo) but fbb has given some clues to help non-Londoners hazard a guess.
But the key question is; has Transport for London diluted the logo so much that the impact of the original is now lost?
Cannock Castaway (2) 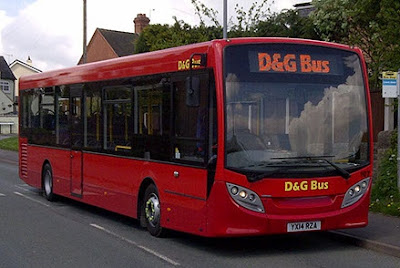 D & G Bus currently operates mainly in the Stoke on Trent area as this part list of their services indicates. 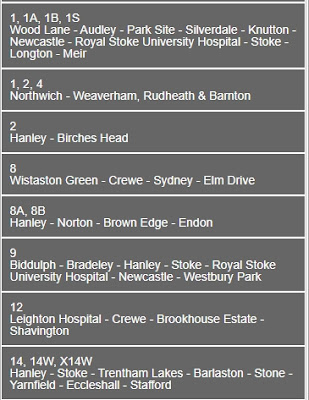 Some routes, however, do reach as far south as Stafford, e.g. 14s from the list above. 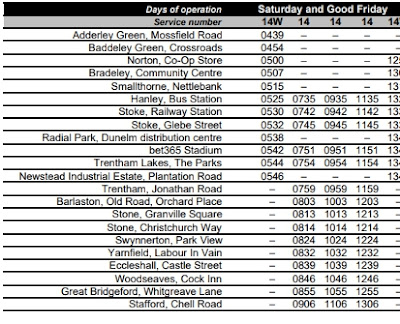 By any stretch of the imagination, the take-over of Arriva's Cannock operation puts D & G in a very different league. Some transport observers have suggested that Arriva had mis-managed its Cannock area, losing routes and passengers in the process. But you have to assume that D & G have done their homework and see a good commercial future in the business.
So let's start with Stafford. 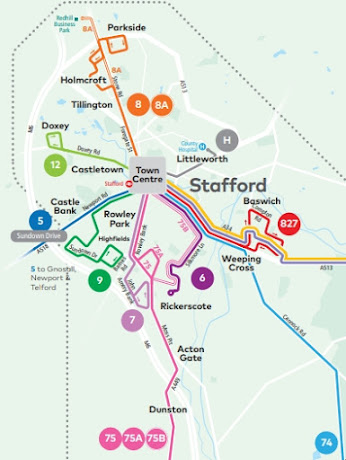 D & G pick up all these routes except the 5 to Telford. They are mostly frequent town services ...

Just a twitch along the A51 we come to Rugeley ... 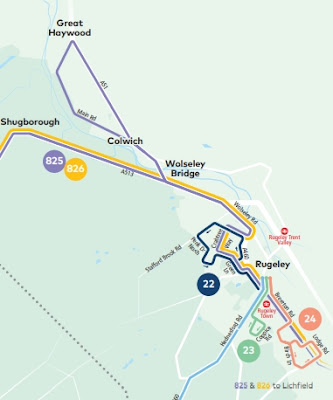 ... where there is a tidy little local network to enhance the trunk 800s.

Due south of Stafford is Cannock itself where D & G will inherit a wider route map ... 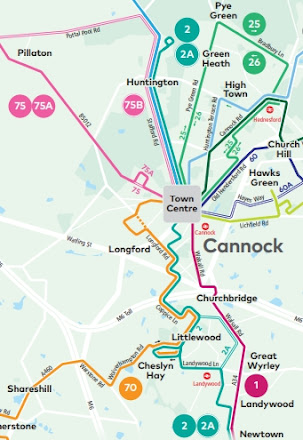 ... wider because this part of Staffs has a collection of smaller communities to serve rather than one big lump, like the County Town.

Fittingly, for the "shape" of the community, Cannock to Lichfield is a useful 15 minute frequency. The 25/26 circular to Pye Green and Hednesford is every 15 each way round.

There's a bit more further East as the 60/60A continue to Lichfield ... 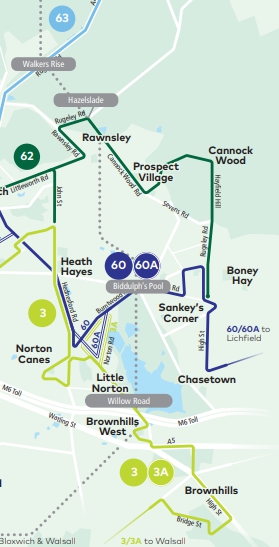 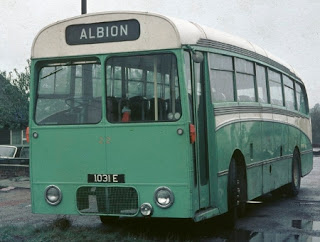 ... Brownhills and the superbly named Boney Hay! But as we tootle round Brownhills we notice the arrival of Travel West Midlands to inject a little competition into D & G's business plans. 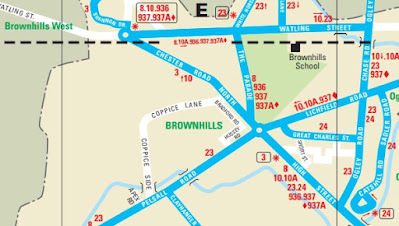 The 937 to Brownhills West is just one example courtesy of National Express West Midlands. 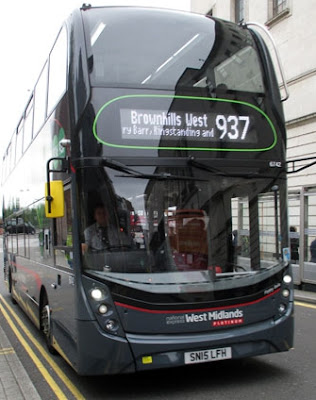 The other thorn in D & Gs flesh (according to a correspondent who knows!) is the railway from Birmingham to Cannock and Rugeley. 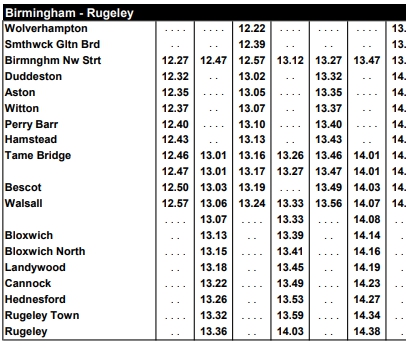 The half hourly train service, now electrified all the way, is regarded as "The Free Railway" by locals who know that there are no barriers and Abellio (Dutch State Railways) are far from punctilious at checking tickets or selling them! 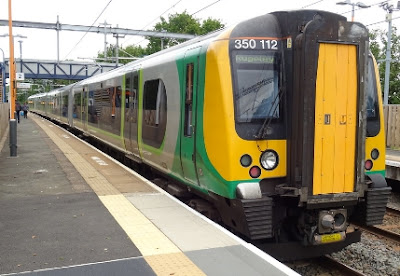 Why pay a bus fare when you can ride the train for nowt? 350 112 is at Rugeley Town station.
D & G are to be congratulated on their announcement of the new era for Cannock ... ... including, over a month in advance, all the timetables. The company also makes it clear what they will NOT be running.

The only thing that D & G have not so far provided is a network map. The extracts above are from Arriva, although whether they are up-to-date is unclear due to the appalling structure and design of Arriva's almost unbelievably bad web site.
Perhaps D & G would like to may fbb a few pennies to draw one? Hint Hint!
And The Logo Answers:-
1. Cycles
2. Coaches
3. River Bus
4. Buses
5. Elizabeth Line/Crossrail
6. TfL Rail (i.e. Crossrail with a gap in the middle)
7. Emirates Air Line (the cable car)
8. Overground
9. fbb has forgotten this one!
10. Tram
11. Taxi & Private Hire
12. Streets (no idea at all!!)
13. Dial a Ride
14. London Transport Museum
Some unusual roundels will feature in tomorrow's blog - great fun for Logo Spotters!
Next Logo and Bread Bin blog : Friday 4th December
=======================================
fbb's Alphabetical Advent Calendar

Even believers are happy to let the name Jesus Christ trip spiritually off the tongue; whilst those whose attitude approaches asperity are apt to utter the moniker in a blasphemous manner.
There was no Mr and Mrs Christ; Jesus was not named "Christ" at his presentation by Mary and Joe Christ at the Temple (Christening equivalent), so what's going on?
"Christ" comes from the Greek word χριστός (chrīstós), meaning "anointed one". The word is derived from the Greek verb χρίω (chrī́ō), meaning "to anoint." In the Greek Old Testament, christos was used to translate the Hebrew מָשִׁיחַ (Mašíaḥ, messiah), meaning "one who is anointed". Anointing involved pouring oil over the head of the chosen one.
In the Old Testament, anointing was reserved for the Kings of Israel, for the High Priest of Israel, and for the prophets. Theologically speaking Jesus was an amalgam of all three! 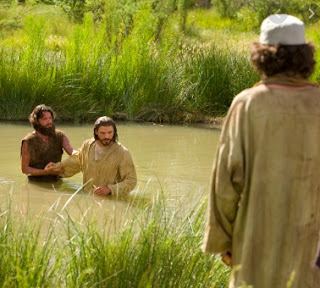 In essence Jesus did not become THE CHRIST until he began his ministry at about thirty years of age. His "anointing" came at his Baptism.
Not long afterward Jesus came from Nazareth in the province of Galilee, and was baptized by John (the Baptist) in the Jordan. As soon as Jesus came up out of the water, he saw heaven opening and the Spirit coming down on him like a dove. And a voice came from heaven, “You are my own dear Son. I am pleased with you.”
At once the Spirit made him go into the desert, where he stayed forty days, being tempted by Satan. (Mark's Gospel Chapter 2 verses 9 to 13)
After the announcement by the angels, the arrival of shepherds and later the Magi, Jesus wasn't recognised again as THE CHRIST (the Messiah, the Saviour, God's Anointed) until the last few weeks of his life on earth.
After the first   CHRIST  mas  things went very quiet indeed.
Posted by fatbusbloke at 02:00