Technically, of course, there are no cutbacks in Cornwall - exactly the opposite in fact; the grand plan is to improve existing tendered services and introduce new ones. Sadly, however, the new services are a closely guarded secret. They are not completely hidden, however, as timetables have arrived on Traveline but, as ever, you need to know what you are looking for in order to find what you are looking for.

It is, however, interesting to compare Cornwall Council's policy diagram with the results as they appear to be manifesting at the end of the month. It is worth repeating the on-line summary of the grand plan by way of introduction. 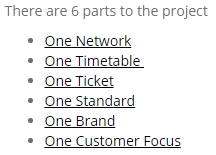 It begins with One Network. 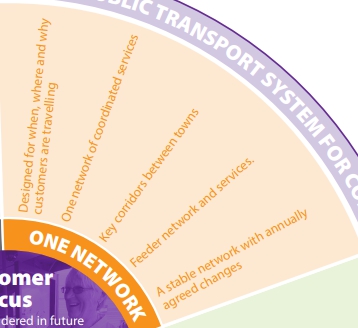 Clearly this is nonsense. There will be TWO networks. First Bus will continue to provide commercially viable routes and GoAhead will provide the rest as specified by the politicians on Cornwall Council.

The Council has no control over First's commercial routes. Indeed, if First wanted to be awkward, the company could register services over the top of the new routes (which we might find out about soon - possibly before they start).

Under certain scenarios Cornwall could replace the whole county network with a London-style franchised system; but without that it is hard to see how a network of co-ordinated services can evet happen. Already the GoAhead "network" is based around First's winter timetable BUT First will introduce their summer timings from 30th March. 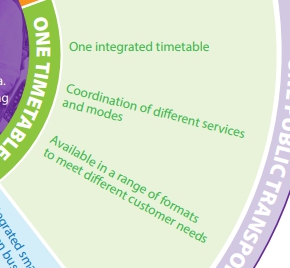 See above. Clearly if that refers to information and its availability it simply isn't going to happen. Unless, of course, the council is to produce a full county-wide timetable book in print and on line (i.e. a range of formats.

According to Traveline, First's T1/T2 does NOT call at the new St Erth Interchange, but GoAhead's T1 does - a prime example of coordination of different services and modes. 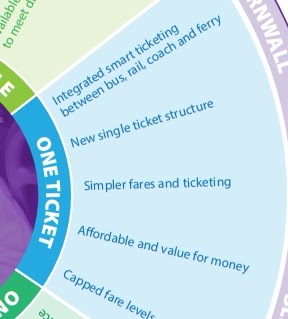 PRESS RELEASE - CORNWALL COUNCIL
Public transport in Cornwall has received a significant boost with the Chancellor’s promise of a £23.5m funding package over the next for 4 years for a “Reduced Bus Fares” pilot to support the Councils ongoing commitment to improving bus and rail for its residents.

Due to begin in May 2020, Cornwall is the first rural area to be given the opportunity to run and fund a pilot scheme like this one to bring down the cost of travelling by bus.

No change is expected from the end of March, but rumours suggest that the Council has already specified lower fares on tendered journeys than those changed by First Bus.

As fbb has already pointed out, there does not appear to be any sign of a county wide "rover" ticket. First's products are offering poorer value for money on a reduced network PLUS the complication of lack of validity on GoAhead's evening and Sunday replacements for First's "lost" journeys.

Maybe things will take a dramatic turn for the better from May? 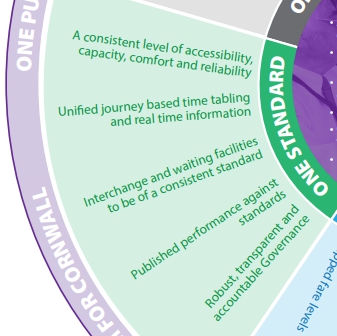 This is politico-speak for "twaddle"! The topics sound noble but fbb is reminded of a quote from Shakespeares' Macbeth, a misty memory from his schooldays.

"It is a tale told by an idiot, full of sound and fury, signifying nothing."

fbb is tempted to make a few minor changes in an expert's notes concerning this extract from The Scottish Play.

This famous quote about life expresses the bus passenger's nihilism - a sense of the meaninglessness of life. He says this after hearing that his First bus service has died. It is also the moment right before the climactic development from GoAhead. In this tumultuous moment, the passenger is feeling that life is absurd and that nothing has any purpose or meaning. Everything he did to support his local bus company will soon be erased by this new council policy. 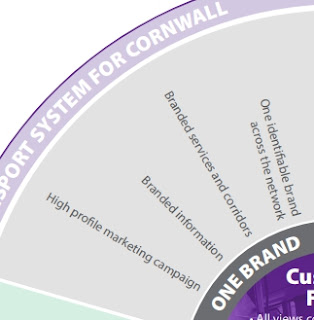 On present evidence with under a fortnight to go to the "big reveal" - don't hold your breath.

Is the council seriously suggesting that First Bus will abandon its recently developed liveries and route branding in favour of some county-wide scheme? 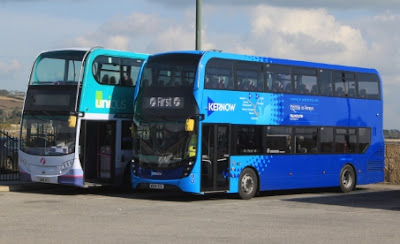 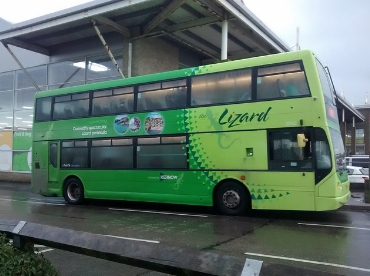 ... will become an uninspiring 36A from the council / GoAhead! Will GoAheads trips on the Tinner share the distinctive livery and brand ... 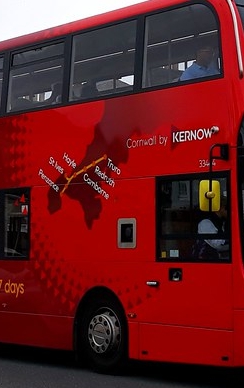 You can guess the answer.

One Customer Focus
Not on the diagram!

To be fair to the council, a perusal of Traveline does indicate that there will be the promised service improvements and, be assured, fbb will report on same once they are more easy to discover.

But, for the moment at least, it is beginning to look like

We all await 30th March with unbridled excitement! 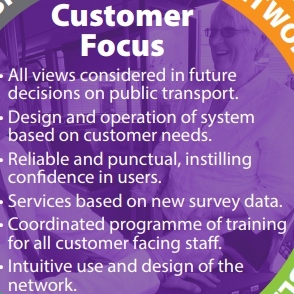 Generosity Beyond Compare!
No 3 son is visiting this week having left his job in Eastbourne for a whole range of reasons. But, like the generous son that he is, he brought his old folks a gift of inestimable value. 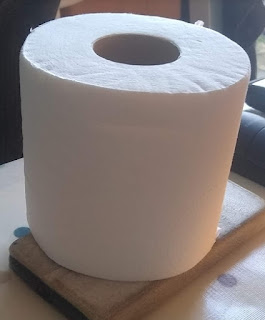 Surely too valuable to use? Or, maybe? 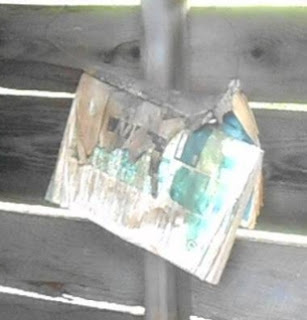