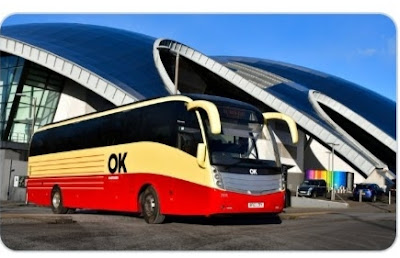 Well, here's another, but slightly odd. 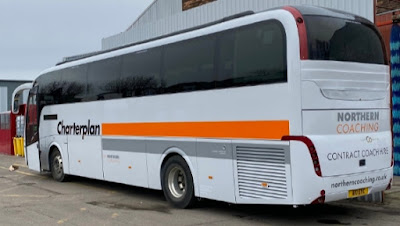 Charterplan was the coaching arm of Manchester PTE so it is bemusing to see the livery on a coach owned by GoAhead (North East).

Did they get the Charterplan name from a dusty filing cabinet opened after the takeover of First's Manchester depot? Charterplan vehicles appeared in a bewildering variety of liveries incorporating Manchester orange and the later brown.

Some had the fleetname in bold black - but not many. 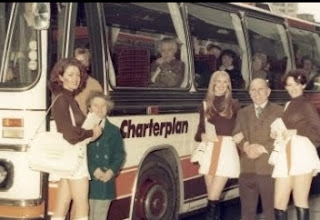 Coming soon, a 2020 version of Armstrong Galley's livery (when fbb can find the picture!) The company was best known for its innovative and competitive "Shuttle" which ran from 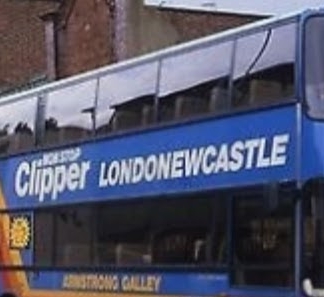 Talking of Maps ...
This delight was doing the Twitter rounds recently. It is at Essex Road, once on the "Northern City" underground line between Finsbury Park and Moorgate. 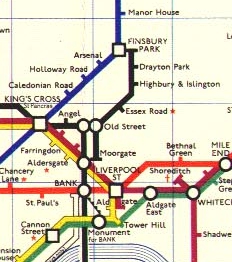 It was later cut back to Drayton Park (with bus connetion) to allow for the building of the Victoria Line. 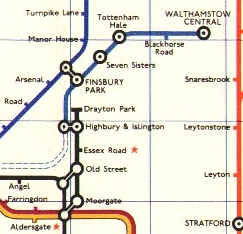 It is now served by "proper" stopping trains from the Herford Loop ... 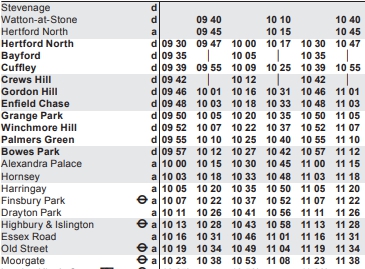 ... which will start from Stevenage when Notwork Rail have finished to new platform ... 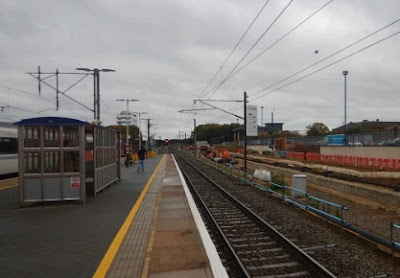 Some glorious NetworkSouthEast branding  (clic on the pick for a larger view)!

Apparently the station is due a facelift soon, so this beauty may well disappear. The station has had many "faces" over the years. 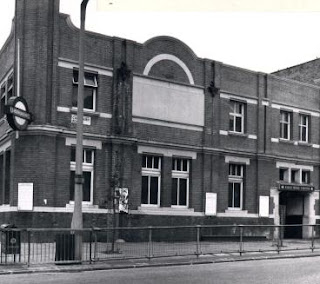 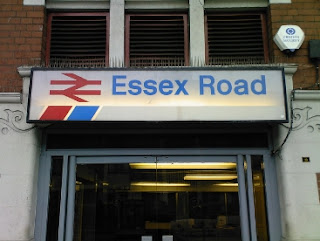 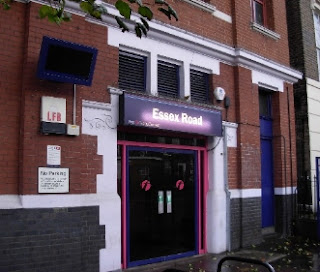 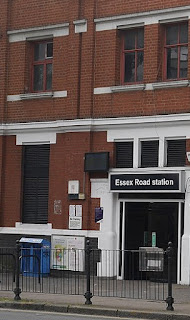 Who next? LONDON OVERGROUND?


Seats In Manchester
GoAhead North West (i.e. the central Manchester bit of First as was) has already had two goes at a smart new livery. Both versions were sort of grey and sort of blue with sort of oddly spaced diagonal lines in orange. 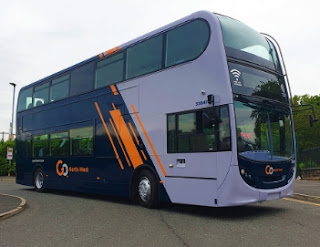 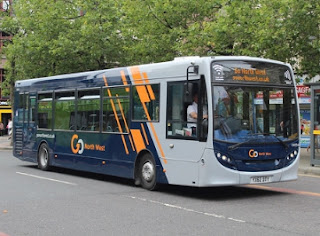 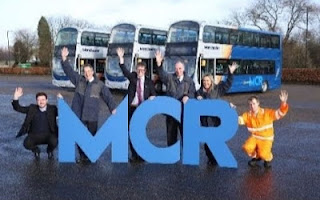 ... with a bluer blue and a lighter grey but still retaining the orange diagonals. A single deck version is branded for "Orbit" ... 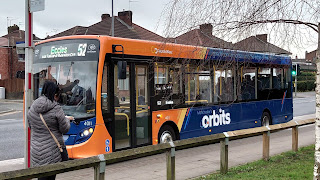 ... with a darker blue, and orange wedge and yellow diagonal. OR is that new livery versions 3?

Whatever - the company has just announced its new seat moquette. 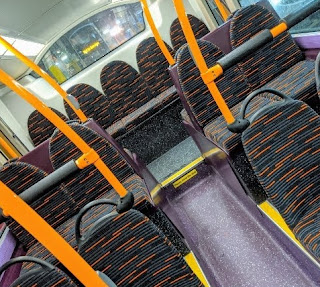 It is grey and (erm) grey with scattered orange lines as per the diagonals (except on "Orbit" where they are yellow.

Two blues would have been nicer than two greys, surely?

Clever And Pertinent
CIE (Republic of Ireland Railways) have adorned a hoarding with a very neat and meaningful poster adjacent to one of their railway lines. 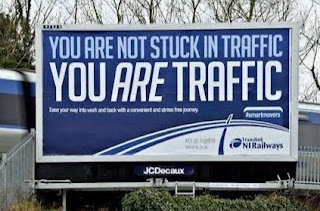 Are You Sitting Comfortably?
A small collection of tweeted pictures of seats on London Underground stations. branding and "house style" were one of the great contributions made by the great Frank Pick to travel in London. 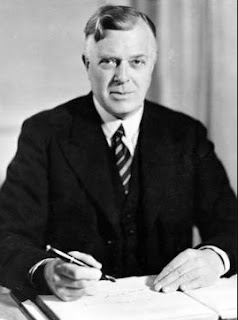 Frank Pick Hon. RIBA (23 November 1878 to 7 November 1941) was a British transport administrator. After qualifying as a solicitor in 1902, he worked at the North Eastern Railway, before moving to the Underground Electric Railways Company of London (UERL) in 1906. He was chief executive officer and vice-chairman of the London Passenger Transport Board from its creation in 1933 until 1940.

Pick had a strong interest in design and its use in public life. He steered the development of the London Underground's corporate identity by commissioning eye-catching commercial art, graphic design and modern architecture, establishing a highly recognisable brand, including the first versions of the roundel and typeface still used today.

Even something as humble as a platform bench had to be "designed".

Here are a few (not all from Frank's era.) 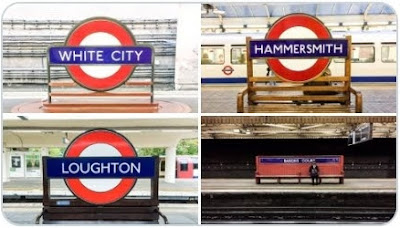 Somehow the modern metal replacements (creators of the pimpled posterior!) do not suggest the same quality of service! 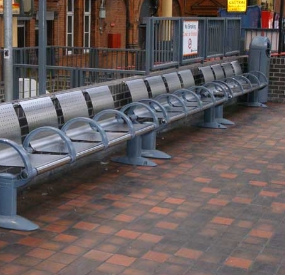 Tomorrow, fbb is expecting a report on how well (or how badly) the road closure and temporary bus arrangements are working out in a certain northern city.

And apologies for the poor layout of the first item on this posting. The blogger software decided, unasked and in an arbitrary manner to refuse to accept the normal text alignment instruction - but only for that particular part of the blog. It worked fine everywhere else!

Computers are such fun.