In these troubled times, bus managers are having to work their computer systems very hard. In the case of Stagecoach Yorkshire and or Chesterfield, the mantra for next week's emergency timetable is Sunday service on Monday to Saturday with extra early morning trips for those seeking to get to their place of work.

Undertandably, with the decline of passenger numbers, running empty buses is a pointless exercise.

Thus it is that Stagecoach will no longer be running the normal Monday to Saturday route 80 that rambles between Chesterfield and Eckington then on via Killamarsh to Sheffield. 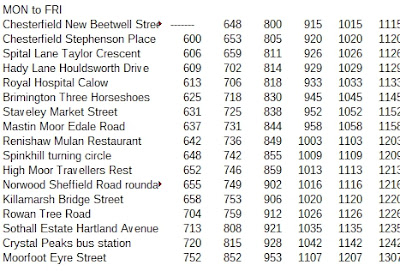 The traditional route between Killamarsh and the city is no longer served except for a few evening and early morning oddments.

From Monday, and to reduce operating costs in the face of a collapse of customer numbers, Stagecoach will, indeed, be running a Sunday service with additional early trips. And because it is Sunday, surely it will be less frequent. 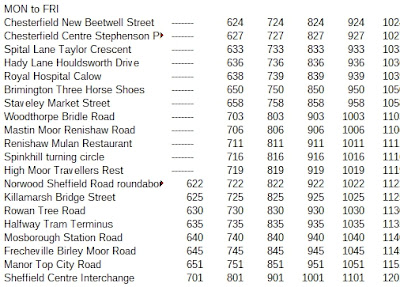 Erm, no. It runs hourly, just as it does on Monday to Saturday. And it takes almost the same time, 36 minutes as opposed to 37 between Killamarsh and Sheffield!

Maybe there is a good reason.

Management by Computer 2
Here is the emergency timetable for route X5 from Sheffield to Dinnington,

The service "normally" runs every 20 minutes Monday to Saturday and  thus has a worse-than-Sunday frequency. Maybe First made its decisions AFTER Tuesdays lockdown announcement whilst Stagecoach did not anticipate that particular development.

Here is the return table.

Notice the problem? Indeed; buses run TO Monksbridge Road but don't come back. It SHOULD read ...

Modesty precludes fbb from revealing who explained this error to First Bus.

It was, of course, a "computer error".

There will be more from the Omni Shambles Of Sheffield tomorrow. 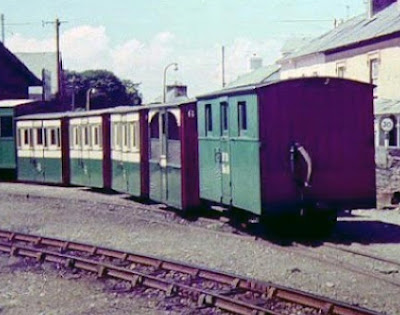 The Small Birminghams, commonly known as Bug Boxes, are the small four-wheeled carriages built by Brown, Marshall & Co of Birmingham, which are the earliest passenger carrying vehicles on the Festiniog Railway, dating from 1864-7.

In old Company times, they were known as "Small Birminghams" to distinguish them from the bogie carriages built by the same company. The term "Bug Box" is thought to have been given to them c.1955 by LNER driver Bill Hoole as it was a term used for ancient four and six wheelers on the North Eastern Railway. The main square internal frames are thought to be original as well as the door handles. They share - with the original Talyllyn carriages of 1865-66 - the distinction of being the oldest railway carriages still in regular use in the world.

If you are a modeller of narrow gauge railways (and the breed is growing) you can now own a set of these, beautifully made by Peco. 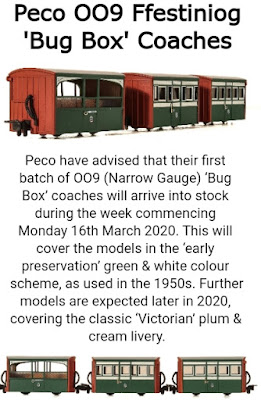 There are not kits but fully assembled models, part of an increasing range of narrow gauge stock produced by the Beer-based company. 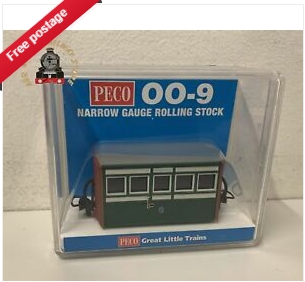 They do come at a challenging price of £30 each (actually £29.95) although some retailers do a little bit of judicious discounting.

It is fascinating to see what would have been considered as specialist models in the past now available to the "ordinary" enthusiast unable (or unwilling) to craft their own.

Arriva Arrival
Leicester chum David travels (travelled?) often on Arriva bus routes from Groby into town He was not surprised to see a bus like this approaching his stop in the village. 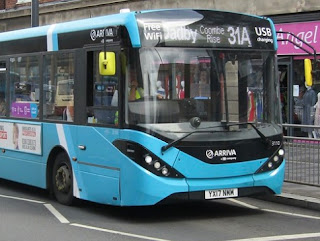 This was not particularly revolutionary until David spotted something odd. It had two sets of doors; a centre exit no less. These were very popular in the past, a useful facility to speed boarding but helping off-getters avoid impingement with on-getters. 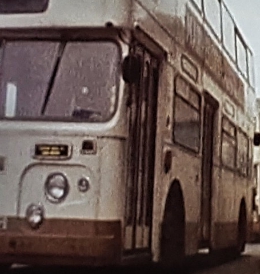 London still has lots, specifiying them even on midi buses! 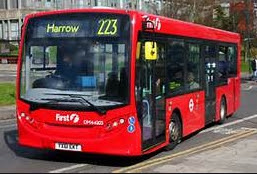 Dual doors are making something of a comeback, for the same reason that they were popular in the past - and they are ideal for tapping out have previously tapped in. They have total command of Bristol's Metro routes and are spreading further round the city. 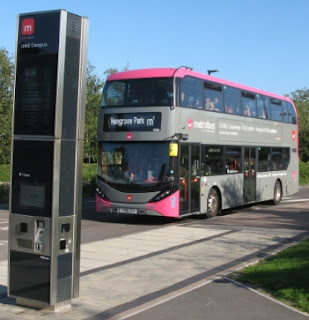 But not in Leicester - until now.

It transpires that David's bus (with centre doors eschewed by passengers and driver) was originally in use at East Midlands Airport. 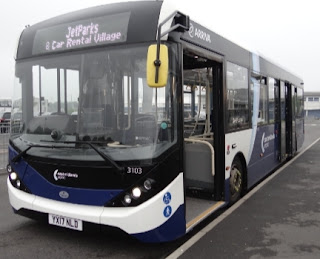 Does anyone know why they have left their airline duties?

Cat News; Cat Mews?
The fbb's new cat, now officially named Mr Tubbles, is currently struggling with the cat flap. He can get his front legs, head and first chunk of torso through with ease but struggles with the back end. Apart from this, he is settling well and there is usually a doorman on hand to help with ingress and egress.

"Is he settling in?" asks a correspondent? Judge for yourself! It is a tough life, being a domestic cat!


Critics of the Bible often joke about the prophets being mongers of doom. And here God is promising action, unpalatable action, in response to "bad things" going on in the nation of Judah.


Here are a few "bad things" laid out for Habbakuk.

Wealth is deceitful; greedy people are restless.
Before you know it you will be in debt and paying high interest.
You schemes have brought shame on your family.
Your city is founded on crime.
You have humiliated the weak.
You have cut down the forests of Lebanon.
What is the use of worshiping an idol?